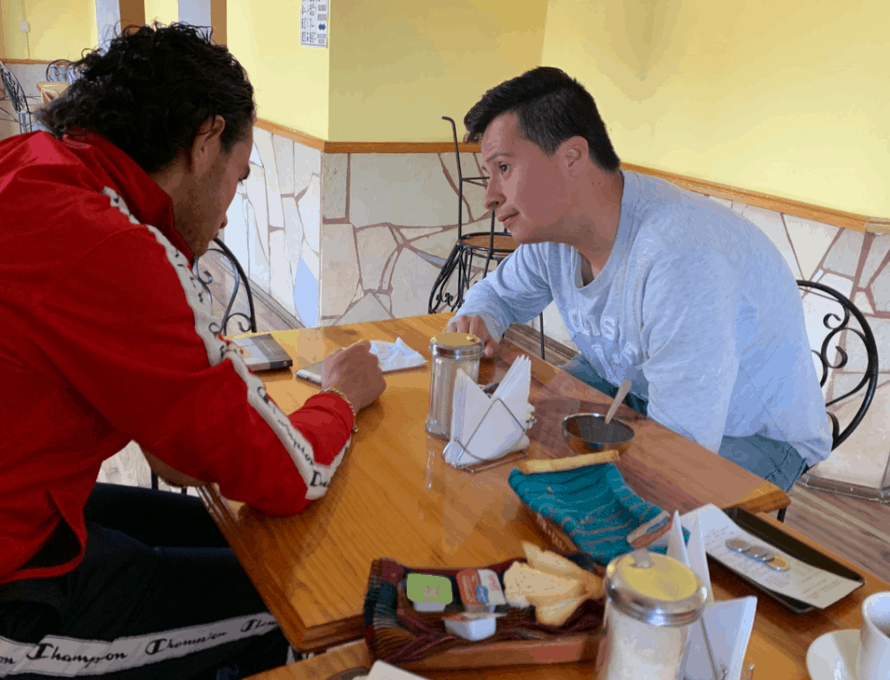 CHIAPAS, Mexico – “I have been feeling such thirst, and I don’t want to be thirsty anymore,” Eugenio told me after our Bible study at breakfast.

Eugenio and I were introduced by a local language school to help us learn each other’s language. We hit it off well and discovered that we had much in common. We were close to the same age and shared similar experiences in business. We were just two men talking about life experiences, trials, and life in general. We drank a lot of coffee, shared some meals, played some basketball, and hung out regularly. We were becoming friends.

We quickly began to share deeper struggles, concerns, and beliefs. He shared some personal history and experiences about Mexican culture, religion, and many other things. I shared my testimony of how my brokenness brought me to God and how God’s sufficient grace through a personal relationship with Jesus transformed my entire life, my marriage, my desires, and the trajectory of my future—leading me from the business world and into international missions.

There was a wrestling match going on in Eugenio’s heart. He already knew there was more to life than money, success, and whatever comes next. Having seen transformation in the life of his sister, who had heard the gospel and put her faith in Jesus last year, Eugenio was very interested in hearing more. He was searching for truth. Eugenio was discovering the difference between religion and a personal relationship with Jesus.

We began to search the Scriptures together and meet for breakfast on Wednesday mornings with the pastor and other local Christians from an IMB church plant. We studied the book of John together, and through discipleship and Eugenio’s own personal study, Jesus revealed himself to Eugenio as the way, the truth, and the life.

After breakfast with Pedro—a new believer—and me, Eugenio said, “I have been feeling such thirst, and I don’t want to be thirsty anymore.” Then Eugenio prayed to receive Christ, right there in the coffee shop.

A few weeks later, after another breakfast chat, our new brother in Christ said, “I always felt like God was way up there, so distant from me, but now I know that he lives in me.”

EDITOR’S NOTE: This article is by Shelton Johnson, who is studying Spanish so he can serve IMB workers in South America by helping to meet their families’ logistical needs.