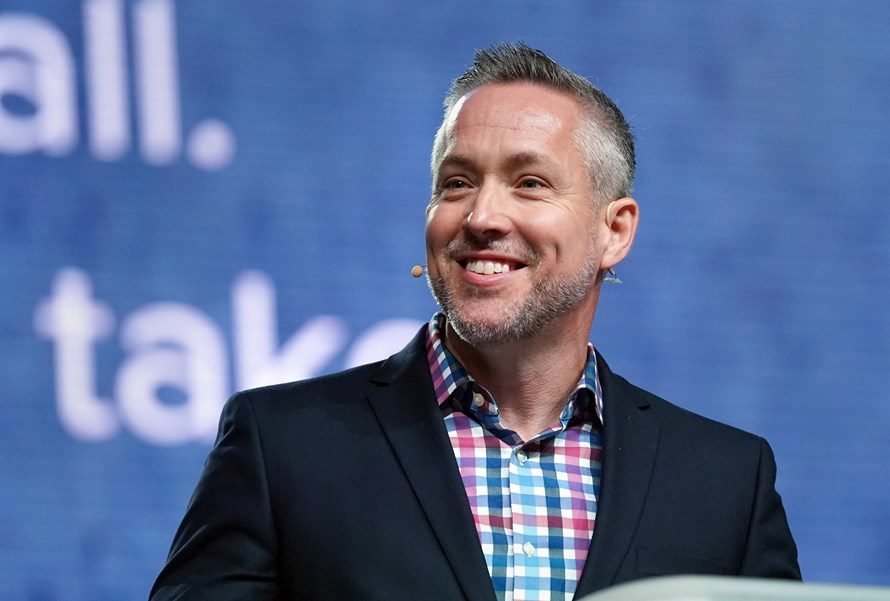 BRANSON – Southern Baptist Convention President J.D. Greear will be a guest speaker at the Missouri Baptist Convention’s annual meeting here, Oct. 29. Earlier this month, The Pathway asked him some questions about politics, preventing abuse in churches, and the legacy of the SBC’s Conservative Resurgence after 40 years.

Recently, you delivered a prayer in the U.S. House of Representatives. Why did you feel like this was important to do?

“I was humbled and honored to be invited to the U.S. House of Representatives to pray. As a pastor, I am neither called nor competent to make pronouncements about public policy, but I am called to pray. So when given the opportunity to pray in that venue, I decided it would be a way to honor God and promote the gospel in a new environment.”

“With next year’s election looming, I pray that Christians would remember, first and foremost, that our salvation does not coming flying in on the wings of Air Force One, but rather came riding in on a donkey. Our primary allegiance must be to Jesus’ coming kingdom, one that will last forever.

“In the end, I can really only be known for one thing. And while I have strong political opinions, I want that ‘one thing’ to be Jesus.”

You’ve led the way in efforts by the SBC to address the tragic reality of abuse in our churches. Why has this been so important to you, and how is this initiative progressing?

“Candidly, this was not something I had on my radar when I first allowed my name to be nominated. I say that to my own shame, because many survivors have been sounding this alarm for decades. They have shown a level of courage and persistence that is honorable, but one that they should not have had to show.

“Addressing abuse is more than merely important. It is a matter of reflecting and demonstrating the gospel itself. If a watching world does not trust us with protecting the vulnerable, then how will they believe us in the greatest news that Christ died for them?

“Jesus entrusted his church to shepherds, those who were to care for God’s flock with compassion and protection. It should be unthinkable when shepherds, the very ones God assigned to protect, are the ones doing the hurting.

“So the first thing I did as president was form a Sexual Abuse Advisory Group. I knew that public statements, while important, would not be sufficient. We needed to take a hard look at the problems in our churches and move together toward addressing them. The past year has seen some positive changes, as we have seen areas of darkness come to light. We need to continue that posture of confession and repentance in the days ahead.”

As you know, this year is the 40th anniversary of Adrian Rogers’ 1979 election as president of the SBC, which marked the beginning of the Conservative Resurgence. How important do you feel this conservative movement was in the SBC, and how can Southern Baptists best build upon its legacy?

“It is hard to overestimate the importance of Adrian Rogers’ 1979 election and the subsequent Conservative Resurgence. Praise God that our convention now holds the Bible at the center of all that we do. Thanks to Rogers and others, our doctrine and our mission are solid. What we need, though, is a change of culture. We can take the truth of inerrant Word of God and live it out in such a way that our neighbors will know that we practice what we preach.

“I pray that we will be a Gospel Above All people, which means that our need for Jesus transcends all of our ethnic, cultural, political, and generational differences. I pray we would see a resurgence in a people who put evangelism and church planting as their first priority, who work to see leadership reflect the demographics we are trying to reach, and who engage in a whole new generation of those far from God.”