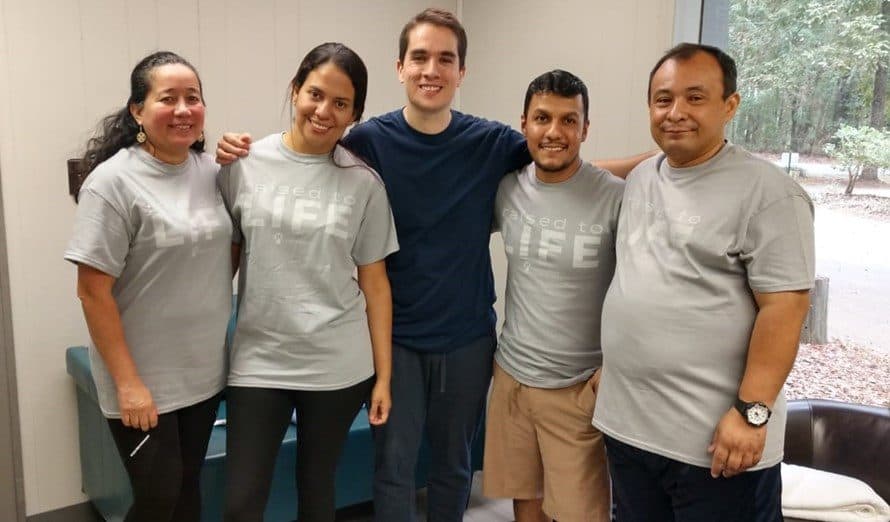 EDITOR’S NOTE: The Week of Prayer for Baptist Associations is Oct. 20-26. Downloadable resources provided through a partnership with the Southern Baptist Conference of Associational Leaders and the North American Mission Board are available at ameresources.org/week-of-prayer-2019.

TALLAHASSEE, Fla. (BP) – Associational leader is the most fulfilling role that Sean McMahon has held in nearly 40 years of ministry.

“I absolutely love my job. I love what I have the opportunity to do,” said McMahon, executive director of the Florida Baptist Association (FBA) in Tallahassee.

Every day is different, but his goal is the same: “walking alongside churches and leaders to help them fulfill the mission that God’s called them to.”

The FBA represents 59 churches in four counties, including the city of Tallahassee. McMahon said he has the privilege of knowing the pastor of every church by name.

“The local association has the opportunity to be ‘right there’ — we know what’s going on with our churches not simply by reading about it or by hearing about it from a distance,” he said.

He estimated that 35 percent of the churches in the association have bivocational pastors, and that percentage is likely to grow. Working with churches in urban, suburban and rural contexts requires different approaches and lots of flexibility, McMahon said.

Ray Gentry, president and CEO of the Southern Baptist Conference of Associational Leaders (SBCAL), said associations are “vital partners in SBC missions and ministry” as the Baptist entity closest to the local church.

“As Southern Baptists, we believe we can do more for the Kingdom cooperating together than we can separately. The way we do joint mission work starts in our own mission field,” Gentry said. And fruitful local ministry is aided by the leadership of “a visionary mission strategist.”

The name change recommendation got the most attention, McMahon said, but it represented a refocusing of the role of the association and the core proficiencies required of its leaders.

Gentry also sees a change in perception among ministry leaders.

“In today’s Southern Baptist ecosystem, the need for — and the importance of — effective associational mission strategists who lead their associations well is becoming more appreciated and valued,” he said.

The FBA’s ministries focus on its core emphases of encouraging, equipping and engaging as its leadership seeks to identify and understand the needs of its churches.

Although the associational leader is not only a “pastor for pastors,” as they have sometimes been described in the past, being an encouragement to pastors in crises is a great privilege, McMahon said. The FBA is developing encouragement teams so that pastors who are struggling will always have the support of other local ministers who understand their needs.

The association draws from a sizeable investment fund, established years ago, to offer scholarships for ministers in churches within the association who want to attend seminary or Bible college. Since 2015, they have given out 77 scholarships to 28 individuals totaling $90,000.

The association also devotes significant resources to church planting in partnership with local churches, the Florida Baptist Convention and the North American Mission Board.

FBA partnered with Celebration Baptist Church in Tallahassee for the launch of a Spanish-speaking congregation two weeks ago, led by church planter John Lizarazo. Four new believers were baptized at the service, with more to come in the near future, said Brian Harper, missions pastor at Celebration.

Celebration’s newly-opened Mission Training Center (MTC), supported by the FBA, is “the arm outside of our church to help train missionaries and encourage church planters in the area,” Harper said. The MTC provides assessment, coaching, strategy and support development for international missionaries and church planters, as well as community-wide training events such as ESL instructor training. In addition to the Spanish-language church, Harper said Celebration is partnering with two other church plants: a two-year-old African American church in a neighboring association and a Congolese refugee church.

Since the ministry contexts of FBA churches are so diverse, the FBA is organized in such a way as to be flexible when individual needs arise. When a church plant was short on