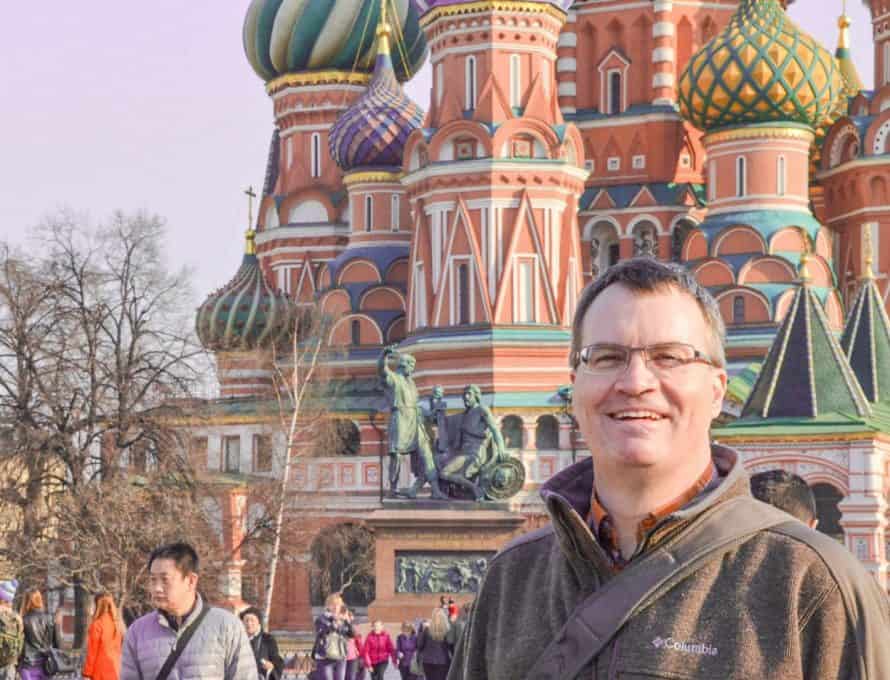 MOSCOW – Missourian Andy Leininger served among the peoples of Russia for 22 years. He died at the age of 56, Oct. 13. (IMB Photo)

BOLIVAR, Mo. – Andrew (Andy) N. Leininger, who served as a Christian worker in the former Soviet Union for 22 years, died in his home state of Missouri on Oct. 13. He was 56.

In November 2016, Leininger was diagnosed with Glioblastoma Multiforme, an aggressive cancer that caused a brain tumor. In the months that followed, he had multiple surgeries and treatments. On October 12, 2019, his wife Elizabeth shared an update on Facebook that Leininger had moved to hospice care. On October 13, she wrote, “Andy is in Glory with our precious Savior.”

Ricky Wilhelm, a Christian colleague, said that Leininger’s years of service were marked by hard work, compassion, and patient endurance in making disciples. “Andy will be remembered … as a spiritual mentor and elder brother in the Lord. He imitated God as a father to the fatherless and as one who did justice and loved mercy.”

Wilhelm encouraged others who were mourning the loss to be encouraged by Leininger’s commitment to the Great Commission. During their last months of service, before a second surgery left Leininger paralyzed, Andy and Elizabeth helped plant a new church and shared the gospel with 60 people.

“Andy Leininger was a beloved colleague known for his personable, encouraging nature, and we grieve with his wife, Elizabeth, and their daughters in his passing,” said IMB President Paul Chitwood. “But we also celebrate the life he lived. We thank the Lord for his dedication to reaching the people in the fringes of Russia with the gospel.”

Born September 29, 1963, in El Paso, Texas, Leininger considered Bolivar, Mo., his hometown. He received two Bachelor of Science degrees in general engineering and general biology from the University of Illinois at Urbana-Champaign. He also received two master’s degrees in marriage and family counseling and religious education from Southwestern Baptist Theological Seminary in Fort Worth, Texas.

He served as a minister of education and administration at First Baptist Church, Carthage, Missouri, before he and his wife were appointed in August 1996 to serve among the Russian peoples. The Leiningers had three daughters: Hannah, Rachel and Rebekah.

“I imagine, as we read the vision set before us in Revelation 7:9, that Andy is now completely healed and worshipping our Lord as part of the multitudes gathered around God’s throne,” Chitwood shared. “And there, I believe, he will spend eternity alongside those brothers and sisters who, even though they were on Moscow’s fringes, heard the gospel of Jesus Christ because Andy was a faithful servant. Might the Lord raise up more like him to take his place.”

Read more about the work in Russia in Leininger’s own words.

EDITOR’S NOTE: This article is by Leslie Peacock Caldwell, senior editor at IMB.