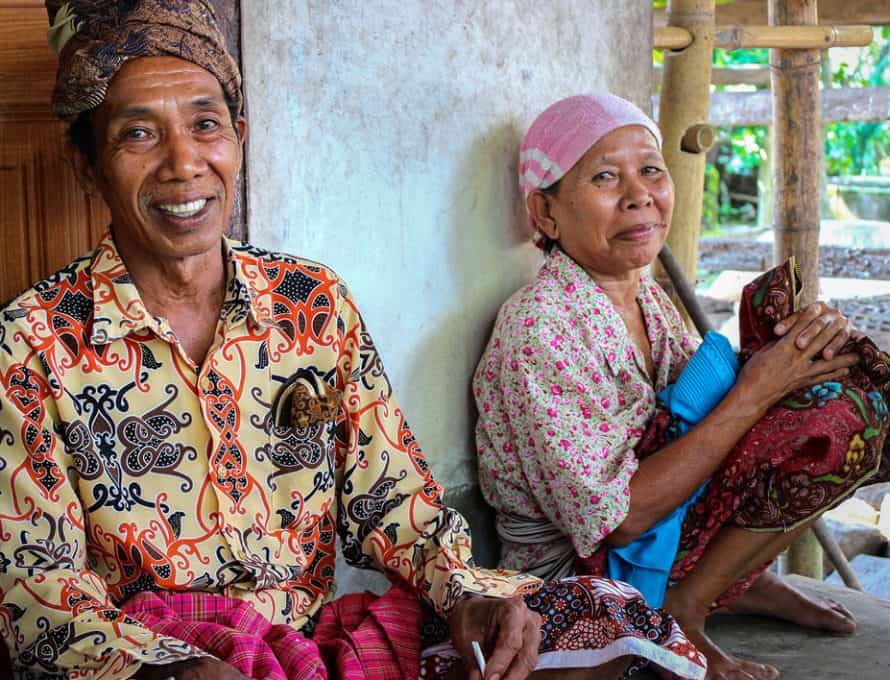 SOUTHEAST ASIA – A couple in Southeast Asia awaits the traditional wedding of their neighbor. Life goes on despite a devastating earthquake that hit the area. (IMB Photo)

SOUTHEAST ASIA—Cahya* sped home on his motorbike, desperate to see his family in the wake of a 7.0 magnitude earthquake. He had waited 30 minutes — long enough to let the tremors subside — but a sudden landslide took him by surprise.

When he resumed consciousness, he had two broken legs. Unable to afford medical care, Cahya and his parents sought out the shaman for healing, but his efforts were painful and fruitless.

About six months after the earthquake, Cahya, who was still hobbling painfully on crutches, met missionaries who lived and worked in the area. One night, Cahya came to their Bible study, where the missionaries shared stories of Jesus’s healing power. Cahya shared his own story about his injuries and trips to the shaman.

Joyo,* a new Christian and fellow earthquake victim, shared how God had answered prayers about healing his own foot. Together the group prayed for Jesus’s healing for Cahya.

A few weeks later, Cahya could walk without crutches and pain! He and his family stopped going to the shaman.

“The Lord did a mighty work in Cahya’s legs, but the greater work was in Cahya’s heart,” one Christian worker said.

Pray that Christians in the local church in this Southeast Asian area would hunger and thirst to know God and to make Him known. Pray for wisdom and discernment for the missionaries and their national partners. Pray also that the Lord would mobilize His Church to help with continued efforts in earthquake relief.

Your gifts through the Cooperative Program and the Lottie Moon Christmas Offering® support Southern Baptists in Southeast Asia and around the world who minister in the wake of natural disasters — and who share the gospel with those who have never heard it. Thank you for giving.

EDITOR’S NOTE: This article is by Lucy Campbell, a Journeyman serving in Eastern Europe.