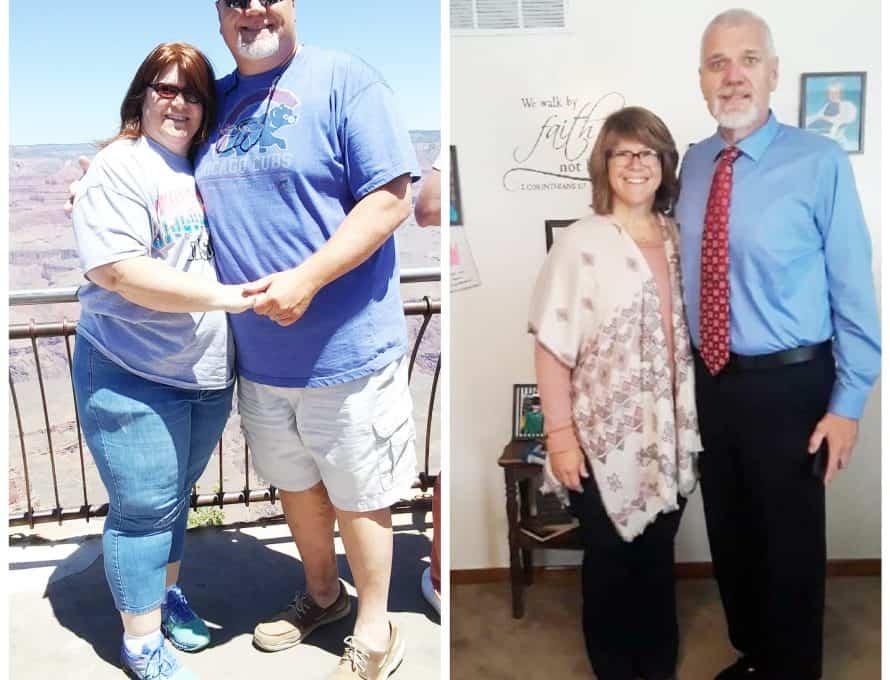 Before and after: Annette and Marc Knapp

POLO – Marc Knapp had a problem, and it was a problem of his own making, one forkful at a time.

But even though the number on the scales crept higher and higher, the fight to be healthier and be in better shape to serve the Kingdom seemed futile to Knapp, pastor of First Baptist Church, Polo.

“I’ve always had a heart for overweight pastors,” Knapp said. “I get the stress. I understand how hard it is to make time to take care of yourself when you’re exhausted. And that’s just sermon preparation. I’m not even talking about doing hospital visits, doing funerals, doing weddings, discipleship, and then Wednesday prayer meetings.”

And Baptists have a bit of a reputation for being a pot luck people.

“I used to tell people, ‘You know how you know you’re called to the ministry? You wake up craving fried chicken,’” Knapp joked.

Spirit is willing,
but the flesh is weak

“I’m sure a lot of preachers are like me,” Knapp said. “They struggle with emotional eating. That side of ministry is tough. When I went to Southern Seminary, they really hit us hard about preachers being overweight. I thought, “I’m sorry, but I just don’t have willpower. Whenever things get stressful, someone tells you that you do a terrible job, or someone leaves a church, what’s the first thing you do? Open the refrigerator. My answer was not in there. I needed to get my mind back on track.”

After praying to God for a way he and his wife, Annette, could become healthier, something clicked for the Knapps back in March. They began eating a highly precise and disciplined diet. After six months, it’s paid off in spades. Marc went from 380 lbs. to 220 lbs. He had to buy all new suits to preach in on Sunday mornings since his waist dropped from 50” to 38”. Annette has had similar success, dropping nearly 100 lbs. herself.

He’s no longer on blood pressure or cholesterol medication and is no longer on the border of being diabetic. What worked for the Knapps was a program called OPTAVIA. Buying the pre-packaged, pre-portion food combined with coaching worked well for them, but regardless of the method used, discipline and accountability was key.

Statistics suggest Knapp was not alone when it comes to preachers tipping the scales.

Starting in the 1960s, clergy health in general went downhill, according to a 2018 report from LifeWay’s Facts & Trends. Pastors started gaining weight, adding stress, and suffering from diabetes, arthritis, asthma, heart disease and other chronic conditions. The cause appears to be obesity. In one study, more than 40 percent of are obese, LifeWay said, compared to just under 30 percent of all Americans.

LifeWay’s report suggested that thriving pastors should pay close attention to their health – both physically and spiritually: have plans for regular exercise and regular prayer and devotions. The report also noted that church members can encourage pastors to pay attention to their spiritual and physical health: “Instead of telling their pastor to exercise, perhaps they can invite the pastor to the gym or out for a run.”