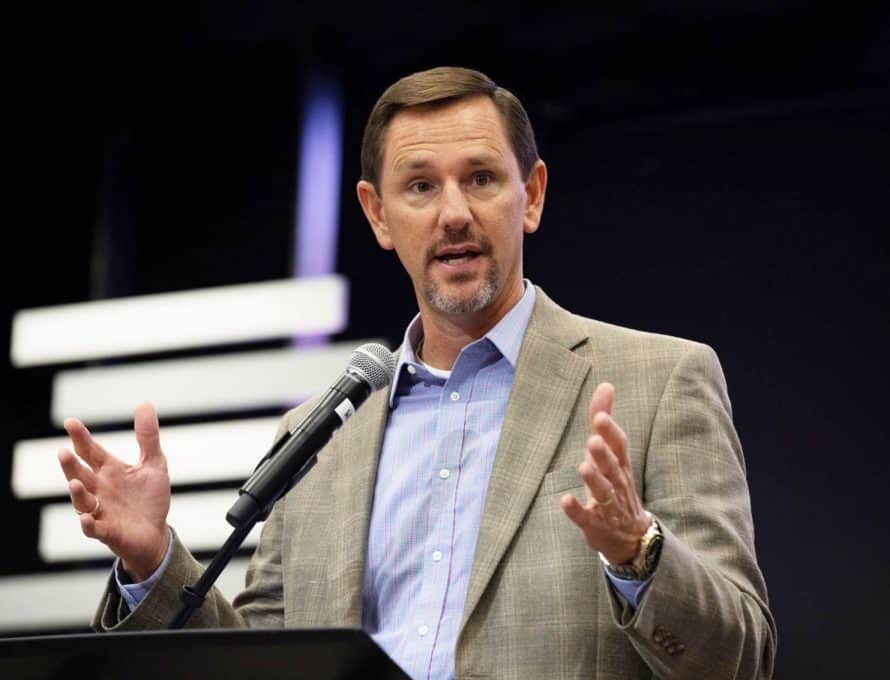 RICHMOND, Va. – International Mission Board (IMB) trustees approved a balanced budget for 2019-20 during their Sept. 25-26 meeting near Richmond, Virginia.

The meeting also included an update on an external report regarding IMB’s prevention and response to abuse and harassment.

In his plenary address, IMB President Paul Chitwood reported he has spent significant time in recent weeks meeting with the board’s Affinity Group Leaders (AGLs) from around the world.

“These couples represent a good blend of seasoned veterans and new, energetic leaders,” Chitwood said. “They are also incredibly gifted missiologists, highly effective administrators, and deeply passionate soul winners. They are leading their teams to meet the challenges of urbanization and globalization head on. And they have not lost courage even in the face of staggering lostness, growing persecution or dwindling resources.”

“I’ve been especially pleased to see how they have embraced the growing need of every member of the IMB family, including our field missionaries, to do all that we can to help mobilize Southern Baptists to pray, give, go, and send,” he said. “These leaders know best of all the unprecedented opportunities that are before us around the world, opportunities that will require more laborers for the harvest.”

Chitwood said that over the past 10 months, he has met with approximately 2,300 of IMB’s overseas personnel and more than 1,600 of their missionary kids.

“I can tell you that the Affinity Leaders represent the spirit of all 3,700 of your missionaries who carry the banner of Christ among the nations where, for 174 uninterrupted years, Southern Baptists have had witness,” he said.

He also reported how Southern Baptists have been part of God at work on the international mission field in the past year, and the missionaries’ commitment to the task. Chitwood said:

“562,865 people hearing the gospel this past year means that 3,700 missionaries shared and trained and led and invested so that over half a million people could hear.

“77,605 new believers and 52,586 baptisms means that those missionaries remained persistent in their praying and witnessing, planting seeds, and watering those seeds, until such a time as the Spirit of God gave an eternal harvest.

“13,898 new churches planted is a number that represents thousands of Southern Baptists who have stepped into their calling and have given their lives to share the gospel, disciple new believers, and then do the all-consuming work of pulling those new believers together in such a way and for such a time that a church is birthed.

“28,213 people receiving advanced theological training, a number that increased 48 percent over the prior year, means that men and women studied to show themselves approved, to such an extent that they have not only been entrusted with truth but have been found qualified to teach others, and teach others they have.”

A call to churches

“As we celebrate these victories, we are mindful that the only thing that prevents an even greater harvest is lack of more laborers in the Lord’s fields,” Chitwood said, noting IMB’s senior leaders have set a goal of growing the Southern Baptist international missionary force by 500 new missionaries by 2025. “That would take our total headcount to 4,200, which we believe is the minimum number of missionaries we need to make the maximum impact. …

“We hope to see thousands more churches come alongside our missionaries as partners both in prayer and with their presence on the field,” he added.

Chitwood and Rodney Freeman, vice president of support services and IMB treasurer, introduced the 2019-20 proposed budget, balanced with receipts and expenses both projected at $267.4 million.

“We must prioritize re-connecting with Southern Baptists,” Chitwood told trustees. “A look back over the last decade of LMCO receipts reveals that 10 percent fewer churches contributed in the past five years than in the five years prior.” He added that IMB also must prioritize mobilizing Southern Baptists to pray, give, go, and send to the nations.

Freeman reported that the budget allows for up to 50 more Journeymen to be sent above and beyond IMB’s normal Journeyman class of approximately 100. IMB Journeymen are recent college graduates under the age of 30 who are sent by their churches as missionaries for a two-year term through the IMB.

• Develop a budget that focuses on spreading the gospel to unreached peoples and places.

• Spends 100 percent of LMCO receipts on the mission field; and

In May, the board received recommendations from Gray Plant Mooty concerning the IMB’s handling of past matters and current policies and practices related to the prevention of and response to allegations of child abuse and sexual harassment (including sexual assault). Chitwood reported to trustees that GPM’s work has continued in conjunction with senior leadership and a trustee officer.

“Let me assure you, as I stated in May, that IMB absolutely remains committed to making changes necessary to better prevent instances of child abuse and sexual harassment (including sexual assault), and to do all we can to better care for victims while holding perpetrators accountable,” he said.

· IMB has reported every known incident of alleged child abuse by IMB personnel or others affiliated with IMB that had not previously been reported. In addition, IMB has taken steps to encourage people to notify authorities and the IMB of incidents of abuse.

Chitwood reported that IMB continues to work closely with GPM to implement the recommendations they have provided and values their independent expertise. Since providing an update in May, GPM has continued their examination, including reviewing individual past cases involving allegations of child abuse or sexual harassment and determining whether any additional actions are needed in regard to those individual matters. Out of respect for victims’ privacy, GPM will not be providing updates on individual cases. In addition, GPM has informed IMB that they do not have any additional recommendations for changes to IMB’s current policies and practices to share at this time. If GPM later has additional recommendations beyond those discussed in the detailed public statement they provided in May, GPM will provide an updated statement.

“We are fully committed to the ongoing nature of this task as a part of IMB’s work now and in the future. We will report progress to IMB’s full board of trustees on implementing GPM’s recommendations, as applicable, during future regularly scheduled board meetings.”

IMB encourages anyone who has been a victim of abuse by IMB personnel to report it to authorities. In addition, IMB invites any victims to contact us on a confidential hotline at (866) 292-0181 or email advocate@imb.org so we can provide compassionate care to that victim and take appropriate steps to ensure the safety of others.

IMB is committed to providing accurate, informed references on every former IMB employee. We strongly encourage any church, entity, or other employer who is considering working or partnering with a former IMB personnel to contact IMB to obtain a reference on that individual. Email references@imb.org so we can do our part to help you make wise and informed hiring decisions.