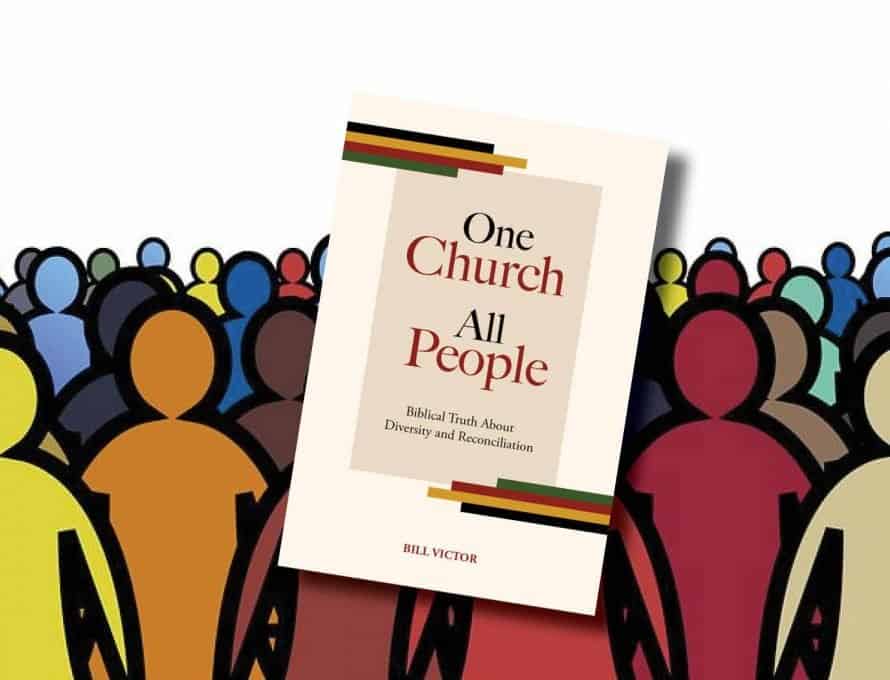 JEFFERSON CITY – The Missouri Baptist Convention has released a new book on racial reconciliation designed for personal or group study.

One Church, All People: Biblical Truth About Diversity and Reconciliation is available from Amazon in print and Kindle formats, and from the MBC’s website, mobaptist.org.

Written by the MBC’s Bill Victor, who serves in the Developing Leaders Group as scholar in residence, One Church aims to show that diversity and racial reconciliation are biblical issues, not just a holdover from the Social Gospel Movement.

“Diversity and reconciliation are seen in the Bible from beginning to end,” writes Victor. “When one examines Scripture with an eye for healing these tensions, perhaps a biblical mandate can be found, asking believers to work to heal the wounds of racial division.”

John Yeats, MBC’s executive director, commends this resource for congregations and small groups: “When you read about and see racial tensions played out on the public stage, domestically and internationally, the timeliness of Dr. Victor’s study is amazing. Instead of teachers pontificating from the context of current political camps, it is past time to come back to the Word of God as the foundational truth to live by. One Church unpacks what it takes to biblically respond to racial issues that divide people, while the goal of God is for ‘every tribe and every tongue’ to worship around Heaven’s throne.”

Each of the book’s six chapters explores a key passage of Scripture and concludes with questions to facilitate personal or group study.

Chapter one begins with a vision of the end – the new creation of Revelation 21-22. Chapter two takes us back to the Garden of Eden to show that diversity was part of God’s plan from the beginning.

Chapter three focuses on the book of Acts and the challenges of cultural diversity within the early church. Chapter four examines Paul’s writings to Gentile believers who may have struggled with the idea of unity with their Jewish brothers and sisters in Christ.

In chapter five, Paul teaches the Church that each member of the Body of Christ represents the reality of new creation in advance. And chapter six shows how the Christ Hymn of Philippians 2 is an ethical instruction for all believers to humble themselves and work for the betterment of others.

About One Church, Brian Key, pastor of Redeemer Fellowship in Kansas City, writes, “Bill Victor lays out an exegetically rooted, theologically robust call to the church to take our place as the reconciled and reconciling people of God. His heart for the kingdom of God and his pastoral heart for the church is clearly on display in this volume.”

Andy Chambers, senior vice president for student development and provost at Missouri Baptist University, adds, “Victor makes the case that celebration of human diversity and the pursuit of racial reconciliation are major themes of Scripture. This is a meaty volume, and I recommend it to anyone who wants to understand how much God cares about diversity and reconciliation, and how they need to be a top priority for His people, too.”