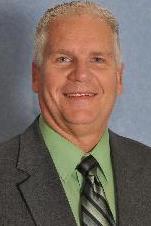 “Pastor Jeff Anderson loves Jesus and His Word,” Middleton said. “His life reflects it. Pastor Jeff has been the pastor of Calvary Baptist Church in Hannibal, Mo., for 19 years. He’s built a community of believers that are discipleship oriented.

“I believe Pastor Jeff will give a biblical perspective to the Executive Board of the MBC. This is why I’m nominating Pastor Jeff Anderson to serve the MBC as the second vice president.”

The Sept. 10th edition of The Pathway reported that the MBC’s other three officers will also be re-nominated in October.