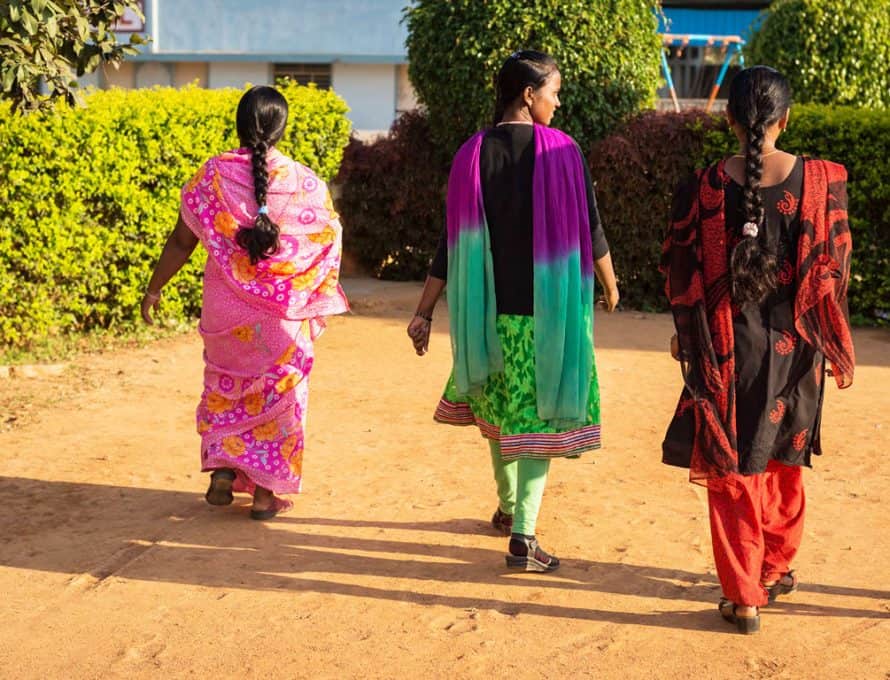 SOUTH ASIA – IMB missionaries are reaching women like these in South Asia with the gospel. IMB photos

SOUTH ASIA – Zoya’s* family life was a mess. She had fallen in love with a Hindu man, and consequently, her Muslim family disowned her. As the years went by, she became the mother of two and a dutiful Hindu. But her marriage suffered when her husband Azad* began drinking too much.

A friend brought Zoya to the home of Baptist workers Alexander and Lillian Traverston,* where Zoya found a job as a language tutor. As they studied, Lillian shared stories from a children’s Bible. And as time went on, Zoya began coming early to read God’s Word and pray with Lillian. Slowly, she started falling in love with Jesus.

She wanted to be baptized, and Azad eventually agreed, saying, “I’ve seen the change in your life.” But their daughter, who had come to know Jesus as well, would not be baptized without her father. They kept praying and sharing the gospel with Azad, who began reading the Bible.

Eighteen months after Zoya was baptized, Azad and his daughter were baptized in the ocean on Christmas Day. Through the faithful witness of a national believer, Zoya and Azad’s son also became a Christian. The whole family is now a bold witness in their neighborhood.

Pray for continued perseverance, boldness in faith, and reconciliation with Zoya and Azad’s families. Pray for Zoya’s sister, a Christian enduring persecution from family. Pray for their younger sister, who is interested in a relationship with God. Pray for Christians like Zoya who were formerly Muslim to share the gospel with their own people.

Your gifts through the Cooperative Program and the Lottie Moon Christmas Offering make it possible for Southern Baptists to live and work in South Asia, where they partner with national believers such as Zoya, Azad and their family. Thank you for giving.

Learn more about the IMB’s ministry in South Asia by visiting www.imb.org/south-asia/