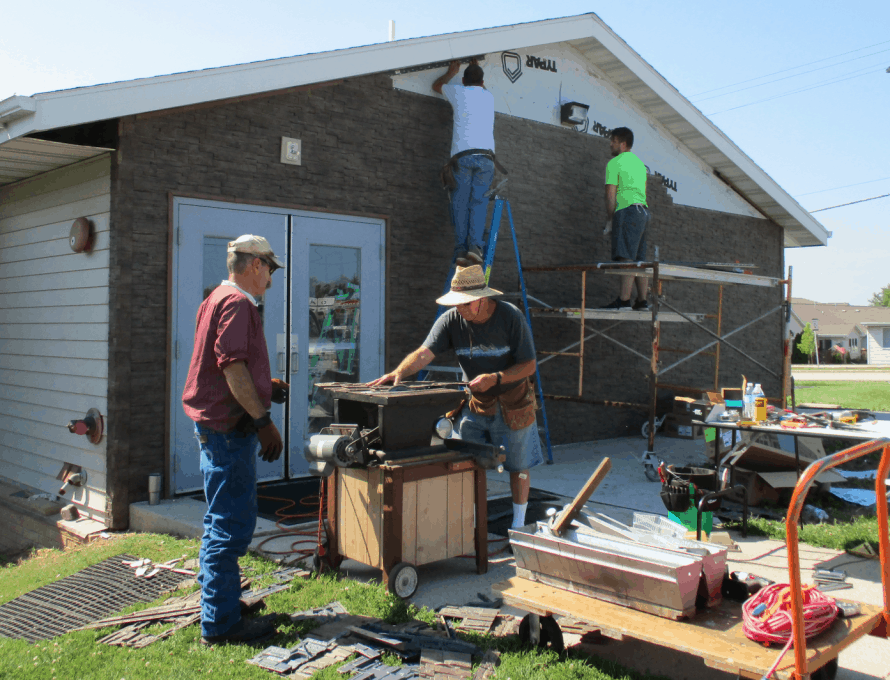 Because his daughter lives there, the southeastern Wisconsin city of Sheboygan began to stand out in Baker’s mind and prayers. After connecting with Guy Frederick, pastor of Mapledale Baptist Church there and a member of the Southern Baptist Executive committee, a group of 13 from Cornerstone, First Baptist of Licking, and Centerpoint Baptist Church made the eight-and-a-half hour drive up north to serve the church and the community this summer.

They did some construction work to update the facility to make it more inviting to guests, but they also canvassed the neighborhood, visiting with residents about the church and sharing the gospel. They were scheduled to help host a block party at the church, but God had other plans. When a severe thunderstorm interrupted the afternoon, things moved inside, albeit with a smaller-than-hoped-for crowd.

Though Minnesota and Wisconsin share many Midwest sensibilities with Missouri, the religious makeup is starkly different. Baptists – and evangelical Christians in general – are few and far between. The three churches from Missouri serving in Sheboygan found the people to be predominantly Catholic and Lutheran, with little more than a nominal faith.

Still, that doesn’t mean they weren’t open to gospel conversations, he said.

“Very few just closed the door on us,” he said. “They were open to conversations and took the information about the church.”

Mapledale is not alone in looking for partners in the work. Messengers to the Missouri Baptist Convention annual meeting in 2017 voted to begin a missionary partnership with the Minnesota-Wisconsin Baptist Convention. Since that time, the MBC has facilitated the building of partnerships between churches in these regions. To learn more about Missouri Baptist partnership missions in Minnesota and Wisconsin, visit https://mobaptist.org/partnership-missions/samaria/.