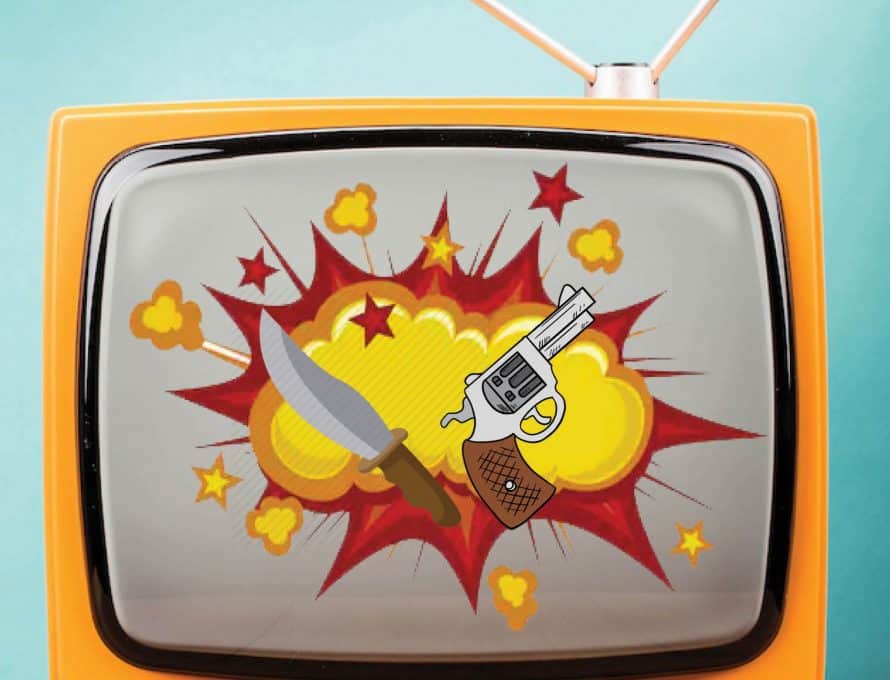 JEFFERSON CITY – Dr. Caleb Steffen grew up playing video games. Like many of his contemporaries and kids today, he never gave a second thought to tuning out the world and blasting, slashing and shooting his way to the next checkpoint.

Now though, this Christian father and surgeon with a background in trauma is much more concerned about the impact violent media – whether it’s TV, movie or videogames – can have on the human brain and behavior.

A few years ago, Steffen became frustrated at a medical conference focusing on trauma care when speakers concluded there was nothing that could be done to prevent violence and save lives; all that was left to do was react. From there, he read Stop Teaching our Kids to Kill, by Army psychologist David Grossman. From there, Steffen began hundreds of hours of his own research into the effects of consuming violent media, especially as a child. Later, he began speaking to surgical audiences and church groups. Moreover, the topic comes up in culture at large each time society suffers a shooting or other violent crime.

“The short story is that in research since the 1950s, time and time again it’s been shown that media violence, particularly for children, is harmful and leads to more aggressive behaviors, thoughts and attitudes which ultimately leads to real-world violence in some cases,” Steffen said.

And while that conclusion seems fairly cut and dry, the application in daily lives isn’t so straightforward. If violence has an effect, where can a parent draw the line between harmless entertainment and disconnecting from media 100 percent as they “train up a child”?

“There’s no easy solution,” Steffen said. “People enjoy violent entertainment. It’s very stimulating to the brain; there are scientific reasons for that.”

One remedy, he said, is keeping in mind the idea of addiction and dosing. In terms of drugs or medicine, repeated use will lead to a lessened effect, eventually prompting the need for higher dose. The “dosage” of violence has steadily increased over the years, Steffen argues, in order to keep consumers’ same level of interest. In that case, the answer is simply to lessen media intake so that violence never becomes dull, thus creating a need for more and more gratuitous images.

“If [violence] were just a simple storytelling tool, then it wouldn’t increase over time, but it’s been well-documented that it has,” he said.

Few Christians would argue that sexual content does not have an effect on viewers’ hearts and minds, but attitudes sometimes change when it comes to violence.

“In terms of the conscientiously minded Christian parents, I think sex is always a no-no, but violence a lot of times gets a pass,” he said. “It’s probably not prudent for people in the church to be giving a pass to violence while saying we care about what our children watch.”

Critics can get into debates about the semantics of causation and correlation, but to Steffen, there’s “a clear causative relationship” between the rise of violence in media and real-world violence.

“People will defend themselves and say, ‘I’ve played violent video games and watched violent movies for years and I would never hurt anyone,’” he said. “But that’s kind of the same argument for smoking where 85 percent of people who smoke aren’t going to get lung cancer;  that doesn’t mean that lung cancer doesn’t cause smoking.”

There are a lot of factors involved in violence, and consuming media or playing a violent video game is not a sure-fire way to know someone is going to lash out. And not all violence is created equal, Steffen said. There are characteristics that make media violence harmful as opposed to that which shows violence as having consequences, not glamorized, and portrays the suffering that stems from it.

From Steffen’s perspective, though, it all stems from the idea that parents – especially Christian parents – are to be the gatekeepers for their children’s eyes.

“King David can’t build the temple because he’s a violent man,” he said. “In Proverbs, a lover of violence is called a hater of God. God destroyed Sodom and Gomorrah because of their sexual immorality, but He was going to destroy Nineveh because of their violence.”

Even though playing a certain game or watching a certain movie isn’t automatically going to turn an otherwise “normal” child into a mass murderer, keeping a close eye on media consumption is especially vital in children because of their developing brains, Steffen said.

“Adults are better at sorting out facts from fiction, what is real and what is not real,” he said. “One example of that is that a third of people will have a lifelong phobia of something that they watched as a child, like sharks or clowns, or whatever the case may be. Children are not tiny adults; they have different brains, different development and having the same standards for children and adults is foolish.”

In the end, communication and interaction between parents and children is the only real solution to the problem, Steffen said.

“Train your children to be conscientiously thinking about what they’re watching and whether it’s a good lesson or bad lesson,” he said. “Remind them that they’re in control and that if they see something they don’t like or that they don’t want to watch, they should look away or turn it off. They’re not going to be in the house forever, so more important than limiting the content is setting them up by the time they’re an adult to be critical in terms of what they take in on their own.”