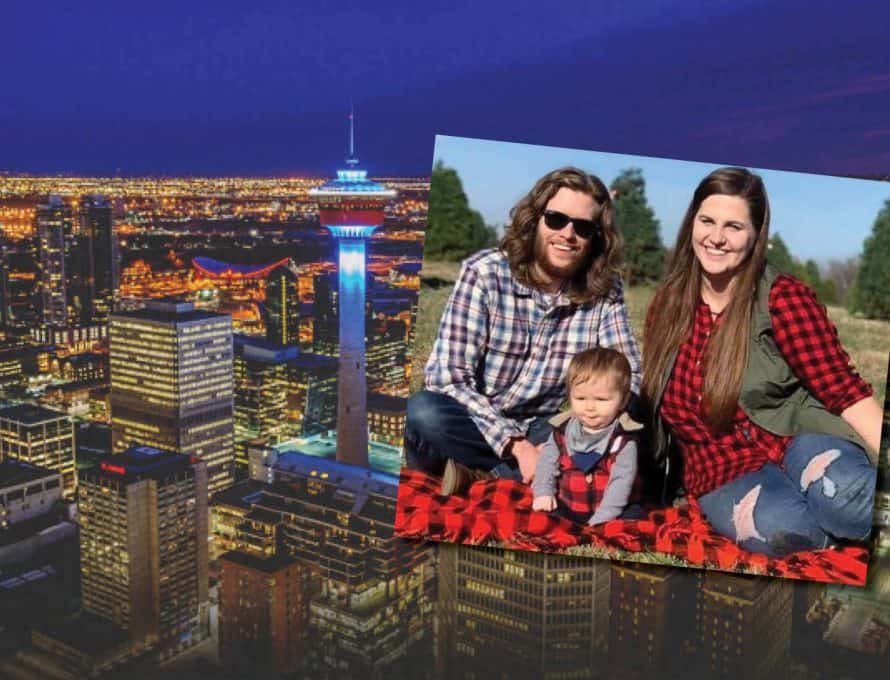 MILLERSVILLE – What started out as jest led to one Missouri Baptist couple’s passion to reach a Canadian city for Christ.

For the past few years, Emily Wilson has served as a children’s minister at First Baptist Church, Millersville, in southeast Missouri. But last year, she and her husband, Layne, began to feel that God was calling them elsewhere. But where? They didn’t know.

So they spoke to John Vernon, director of missions for the Cape Girardeau Baptist Association, for advice. And, during their conversation, Emily quipped – as a joke – that maybe they ought to serve in Calgary. Vernon, who at that time was serving as an interim pastor at the church, had earlier shared with the congregation about the spiritual need in Calgary and about what God was doing through Southern Baptist missionaries there. Though Emily’s comment was more-than-half in jest, Vernon took it seriously. Perhaps, God was calling them to Calgary, he replied, and he began to share with them more about the needs there.

So Layne and Emily began to pray. Then they visited Calgary and met Southern Baptist missionaries in the region. From that moment on, their gaze has been set on helping a North American Mission Board (NAMB) church plant to transform lives and communities through the gospel in Calgary.

“Our hearts broke for the lostness of the city,” Layne said, describing the people’s need for Christ. According to the NAMB website, only about 5 percent of the city’s 1.6 million people claim to believe in Jesus Christ. Also, there is currently only one Canadian National Baptist Convention (CNBC) church for every 46,365 people there.

“Whenever you love something, you don’t want to see it suffer,” Emily said. “And so we know that if we don’t help with change in Calgary, then the city would suffer – the people there would suffer.”

For this reason, Emily has joined NAMB as a church planting team member. Earlier this month, Layne and Emily – along with their young son Thaddeus – moved to Calgary, where Emily will serve as a children’s minister at a Multiply Church, a NAMB church plant in the city.

NAMB Church Planter Chris Flora, pastor of Multiply Church, told The Pathway that the children’s ministry at the young church has grown more quickly than expected. The average age of church attendees is 35, usually consisting of families with at least two children. The Wilsons, he added, will give Multiply Church “the ability to take our children’s ministry to the next level,” while also freeing another minister in the church to focus on building a youth ministry there.

The Wilsons asked that Missouri Baptists pray for them as their family makes this transition to a new city and new culture. In particular, pray that Layne finds a job in Calgary that will help to support their family and also that God blesses Multiply Church and its children’s ministry.

To learn more about the Wilsons or to keep up with them in their work, visit https://missionaries.namb.net/full/emily-wilson or https://www.walkwiththewilsons.com.