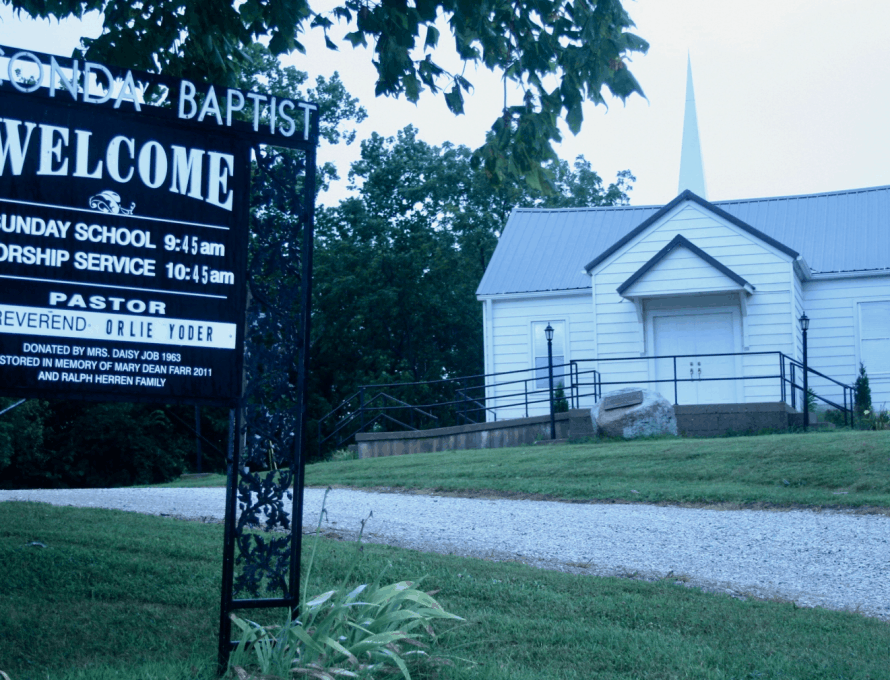 CANTON – Wyaconda Baptist Church is marking its historic past with an optimistic eye to the future.

The church will mark 190 years of overcoming city, county, and association boundaries, along with membership challenges, war, weather, pestillence, and a fire.

It is the Mt. Salem/Wyaconda Southern Baptist Association’s and Lewis County’s oldest Baptist church and may be the oldest church in the county of any denomination.

“After a few years hiatus, we restarted Bible school last year. We had 30 children this year. We have Sunday school for children and adults, but don’t have any junior high kids at this time,” said Marsha Hoffman, church treasurer and historian. “We tried a picnic in the park for the public, but only drew church members.”

“We’re building a new fellowship hall and maybe then we can host some events,” she said.

Wyaconda Baptist was organized south of LaGrange Aug. 30, 1829 by Jeremiah Taylor, likely in the homes of charter members Mr. and Mrs. James Thompson, with 20 constituent members.

In 1830, the town of Canton was chartered, and one original member, Newbold Cannon, whose son was killed by Indians, bought land west of Canton. In 1831, Wyaconda Baptist was moved there, overlooking the Wyaconda River.

“Robert Sinclair was a charter member, and the year after the church was founded, he was one of three charter members for the city of Canton,” said interim pastor Orlie Yoder.

Today, about a third of the three-dozen members are decendants of Cannon, including George Hoffman, a great-great-great grandson. Hoffman, one of the older members, has been affiliated with Wyaconda Baptist most of his life. His wife Marilyn is pianist.

Canton was chartered in Marion County. Lewis County, including Canton, was formed in 1833.

The first log cabin of the church was dedicated in 1837 by Rev. James M. Lillard, who planted multiple Baptist churches in northeast Missouri. Lillard was the Wyaconda pastor for 17 years and a circuit preacher.

When the Civil War began in 1861, Wyaconda listed 240 members, but four years later had lost 100 of them, largely due to split opinion over slavery.

Brothers Elias and David Lillard kept the church going in the 1900s. When Elias moved to Canton, there was talk of disbanding. Elias vowed to keep his membership at Wyaconda, and build and maintain the church, a promise kept for 40 years.

Weather has occasionally canceled services, but in January 1917, no services were held due to a smallpox epidemic in LaGrange six miles south.

October protracted revival meetings were held in the 1920s with baptisms in the chilly Wyaconda River.

A fire, spurred by insufficient water supply, destroyed the building December 2, 1945. Area people carried out pews and furnishings to save them. The fire almost killed the spirit of the church – only five attended the morning of the fire. A few other members were called and they voted unanimously to rebuild. Framing timbers came from an old barn. Other lumber came from an old house near Lewistown 15 miles west.

From the 1970s to 1990s, many pastors were Hannibal-LaGrange College (now University) students. In 1994 David Howald became pastor serving for 20 years. Yoder has been there four years.

“That speaks volumes for the future of Wyaconda Baptist Church,” she said.

“It is an incredible honor to pastor a church that has spread the gospel for 190 years. We want to continue that legacy until Jesus comes back,” Yoder said.