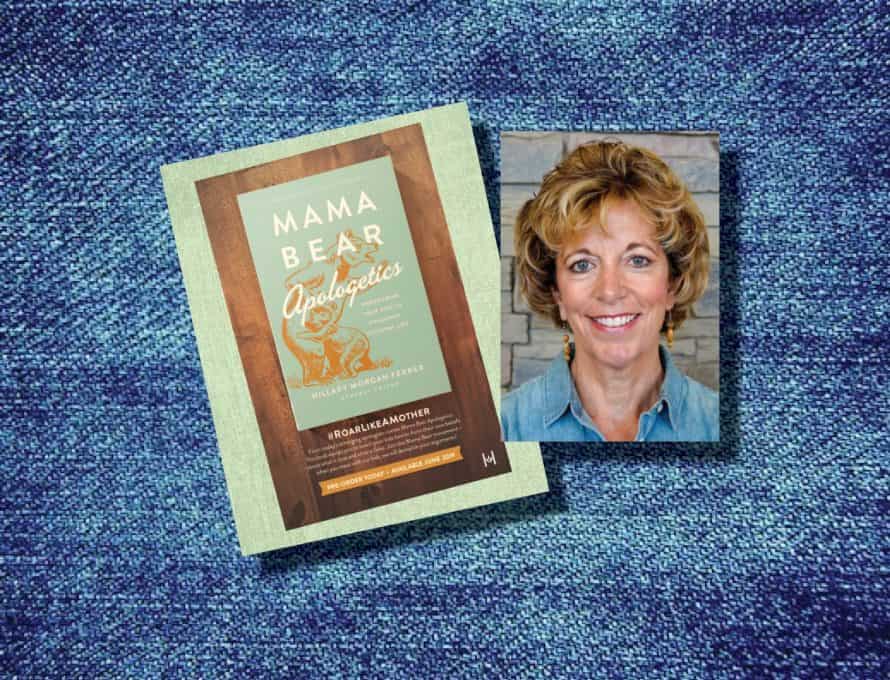 BALLWIN – Thirteen years ago Julie Loos was getting ready to send her oldest son off to middle school. The question came to her: “How will I help him prepare for exposure to different worldviews?  Like any good mother, she was watching over her kids carefully and she described herself as “kind of a Mama Bear.”

That led her to speak with some folks in her family’s church, First Baptist Church of Ellisville, which is now called the Fellowship of Wildwood. There she learned more about the field of apologetics, or “the defense of the Christian faith” as the North American Mission Board (NAMB) refers to it.

“The Greek word ‘apologia’ originally meant ‘a speech of defense’ used in a court proceeding,” according to a September 2017 NAMB apologetics blog.

Loos wanted her son to know how to defend the Christian faith, why it differed from other religions, and was true.

At FBC Ellisville they worked with others to start an apologetics Sunday school class.

In this small group they began to teach and learn more about defending their faith, and they tried to equip parents to help their children sort out the various and conflicting ideas they would encounter in public schools and universities.

During this time Loos, who has a degree in journalism and psychology and worked in the advertising field, was asked to join the staff of a campus ministry called “Ratio Christi,” which helps university students understand “the reason of Christ.”  It is an international organization. Loos became director of prayer and communications.

She learned during her five years with Ratio Christi that research shows upwards of 75 percent of U.S. university students end up walking away from their faith during their college years. She developed a passion to teach other moms to train their kids to stand up to the intellectual attacks on faith.

After five years with Ratio Christi, Loos is now affiliated with “Mama Bear Apologetics,” a group that seeks to equip moms to nurture,  protect, and empower children to “demolish arguments” against Christianity and to spot cultural lies and avoid them.

The group hopes to equip mothers to help their children navigate the tricky waters of growing up in a secular society and be able to stand up against the false worldviews being presented in many forums.

Mama Bear uses apologetics to educate parents and students to give a reasoned defense  to teachers, peers, friends, and family, and to recognize it in the media.

Loos says, “We wanted to focus on where kids are being confronted—culture, politics, current events, education and entertainment. But we want to equip the Mama Bears to rise up and help these kids not walk away from their faith because they know how to recognize and challenge cultural lies. We teach them the “chew and spit” method of discernment: “chew on what they hear or see, swallow what is good, spit out what is bad.”

The group has developed an acrostic called ROAR which helps them:

A – Argue for a healthier approach

Loos’s role in Mama Bear Apologetics is director of prayer and a contributing writer.  She contributed to the recently released book, “Mama Bear Apologetics,” compiled by group leader Hillary Ferrer of Pella, Iowa. She wrote on the youth exodus from the faith and wrote theologically based prayers to accompany each “ism” chapter to teach moms how to pray strategically about these issues.

The book describes itself as a “guide (which) will equip you to teach your kids how to form their own biblical beliefs about what is true and what is false….this band of Mama Bears offers you tools to train yourself so you can turn around and train your kids.”

Loos said most of the challenges students face can be called “isms.”  She listed several such as:

• Naturalism – the disbelief in a supernatural God

• Skepticism – Doubt and question everything

• Post-Modernism – There is no absolute truth

• Moral Relativism – There is no right or wrong

• Pluralism – There are many paths to truth

• Feminism – Radical usurp of authority of family and God-given roles

“Mama Bear Apologetics—Empowering Your Kids to Challenge Cultural Lies” was published in June 2019 by Harvest House. It is available through Amazon and other online retailers.

Loos is available to speak at churches and to college groups. She is a member of the Missouri Baptist Apologetics Network and speaks to Southern Baptists as well as many other evangelical groups. She also is the national College Groups Liaison for “Moms in Prayer International.”

Her current projects include writing a book on college prayer.