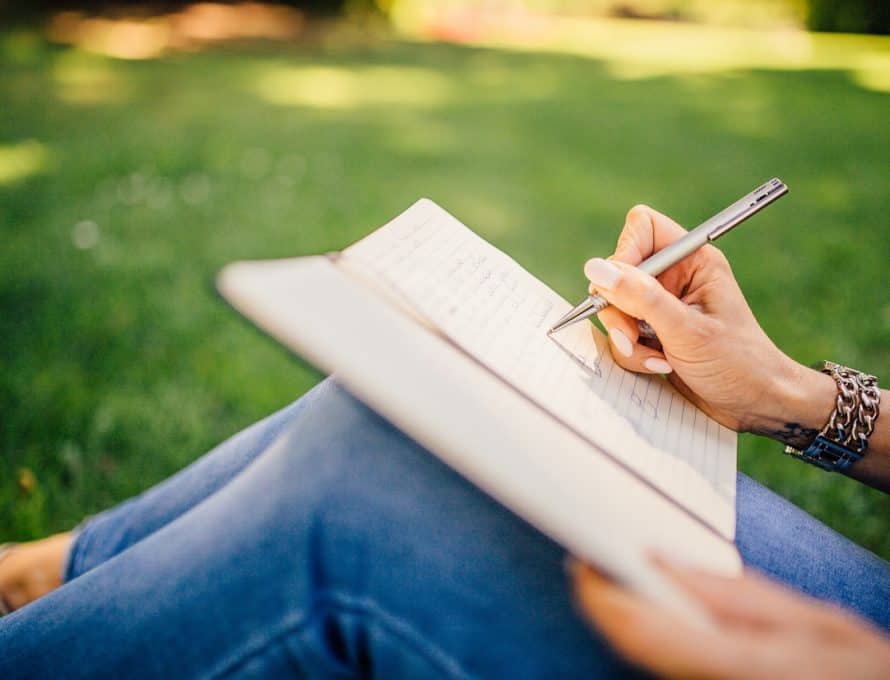 You then look around to see if anyone saw you throw the pen. Then while you’re feeling silly for throwing the pen, you pick it up and put it in your pocket—as you pretend it slipped out of your hand. And flew across the room. Later when you get home, you find your pocketed pen leaked and left a giant splotch of blue on the front of your favorite shirt.

Argh, already. Pen! Why can’t you simply do your job? Consistently! Without making a mess!

I have to wonder if God ever asks that question about me. Is there such a thing as pen-hypocrisy? I’ll judge that pen all day for not consistently delivering. I’ll judge it for making messes. But if I get honest, I’ll admit there are entirely too many times when I’m not consistent in little steps of obedience the Lord has called me to walk out every day. And even though I’m not where I know I should be, or I’m not doing what He’s already shown me to do, I’m still fussing and scribbling because life isn’t unfolding the way I planned. What a mess. It’s a mess I’ve made with my own hands, mind you. I know that. The ink ends up everywhere except where it was intended. Not a pretty picture.

Life is much less messy when we stay consistent in His Word and consistent in what He’s called us to. I know:  doi. No big revelation here. But sometimes it’s the simplest things that give us the most trouble. It’s neglecting those simple disciplines that can leave us frustrated at the end of the day—big ink stain and no eternal fruit. Second Timothy 3:16-17 says, “All Scripture is inspired by God and is useful to teach us what is true and to make us realize what is wrong in our lives. It corrects us when we are wrong and teaches us to do what is right. God uses it to prepare and equip his people to do every good work,” NLT.

So here are today’s lessons to live by. Lesson number one: Obey God. Number two is related: Stay consistent in doing what He’s told us to do in His Word. Then just watch. That mess you made? The hole in the paper? Confess and start again. He can redeem the mess. Even make it…art.

Oh, and lesson number three: A cheap pen is—what? A buck? For crying out loud, just get a new one.