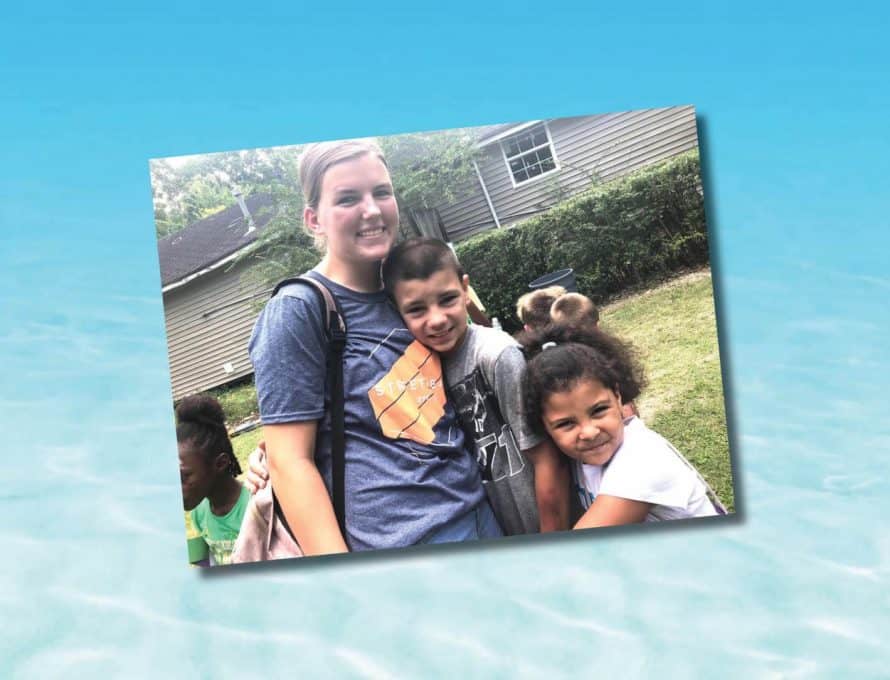 JEFFERSON CITY – The numbers behind the Missouri Baptist Convention summer missionary program are astounding: 857 people accepted Christ as a result of ministries the missionaries took part in this summer, and those missionaries reported 8,903 “spiritual encounters.”

Funded through the Missouri Missions Offering, there were 82 summer missionaries in all, including three serving with International Mission Board partners in Italy, five serving as Sports Crusader interns, and four serving as Disaster Relief interns. In addition to the spiritual conversations and 857 salvations, 97 were baptized through a ministry aided by summer missionaries. Working under 51 mentors, they also led small groups for more than 1,000 high school students at two weeks of Super Summer on the campuses of Hannibal-LaGrange University and Southwest Baptist University.

“One of the great things the MBC does is the summer missions program,” said David Hendrick, collegiate ministry strategist. “They make disciples, they develop as leaders, and a lot of them work to multiply churches whether it’s with directors of missions, churches around the state, or other ministries. It’s great to give these students that title and let them live as missionaries, and then let that be a springboard to live the rest of their lives that way.”

The testimonies of those summer missionaries ring loudly:

“I led someone to Christ for the first time this week, and it was a fantastic experience,” said Cassidy, a summer missionary serving in DeSoto. “I am so glad that God gave me this experience, and I hope that He gives me another one.”

“Going into serve at Oasis International, I had no idea what to expect,” said Tim, a summer missionary serving at the ministry to refugees in St. Louis. “I learned that I don’t have to have everything planned out. A summer of complete dependence on Jesus is not easy (in fact, it’s frightening), but it’s necessary.”

“During the first night of Super Summer, a girl asked me to pray with her,” said Hannah, a summer missionary serving in St. Louis. “I took her off to one side, and I helped her dedicate her life to the God. This was the first time I have ever done that, and I just felt the overwhelming power of God pressing into me the rest of that week and still today.”

“There was one young boy that I was able to speak with a few times through the week,” said Nathan, a summer missionary serving in Amsterdam. “He asked great questions such as, ‘Who created God? Why did God choose Mary? Why did Jesus die on the cross?’  I was able to talk with him through some of these questions to the best of my ability, and I was also able to walk through the meaning of Jesus’s death on the cross and His resurrection. I provided the boy with a Bible, and showed him where the stories of Jesus were located. At the end of the week, we had a time for the Gospel to be presented, and the little boy accepted Christ!”