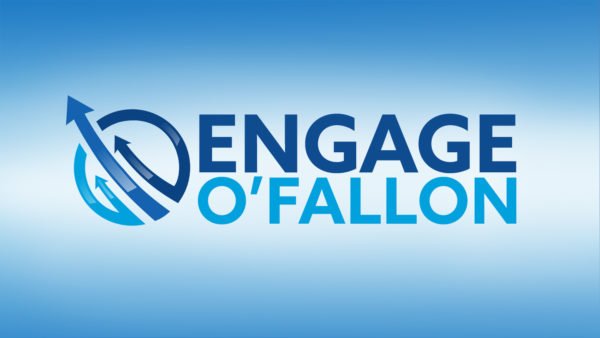 The initiative was modeled after the Southern Baptist Convention’s (SBC) Crossover events, which feature evangelistic outreach projects in the host city of the SBC annual meeting. It is also part of a larger effort by FBC O’Fallon to reach the 20,000 homes in their ZIP code with the gospel of Christ.

Northside Baptist Church, Columbia, Tenn., also sent a team to O’Fallon to help with Engage O’Fallon and learn how they could adapt the evangelistic initiative for reaching the lost in their hometown.

During Engage O’Fallon, volunteers from the church participated in one of four local mission projects each weekday morning. They held a five-day Back Yard Bible Club, hosting 75 children. They visited 122 local businesses to offer encouragement and help. They prayer-walked the community for a total of 75 hours, combined. They also knocked on doors at a neighborhood apartment complex to offer help with practical needs; they returned to complete 12 service projects that were requested.

Then, after evangelism training in the early afternoon, volunteers canvassed the community – knocking on doors, sharing the gospel and inviting them to a Summer Fest block party that the church hosted, July 27. Throughout the week, 1,491 homes were contacted, and 351 unchurched people attended the Summer Fest.

Though many people assume that door-to-door evangelism is a relic that no longer works in the 21st-century United States, this belief couldn’t be further from the truth, according to Brandon Kiesling, associate pastor of young adults at FBC O’Fallon. For five years, before moving to O’Fallon, Kiesling saw the effectiveness of door-to-door evangelism – especially when coupled with service projects – while leading SBC Crossover efforts for Southwestern Baptist Theological Seminary in Fort Worth, Texas.

“A lot of churches are hesitant to do door-to-door evangelism because they’re afraid of the response – that it would be negatively perceived by the community or that the church would have a negative experience doing it,” Kiesling told The Pathway. “Don’t let that fear keep you from doing something like this, because the experience overwhelmingly was positive for not only the church members who participated, but also for the overwhelming amount of people we visited on the street.”

Engage O’Fallon proved once again that serving the community and knocking on doors can transform lives. In a daily report, FBC Pastor Michael Atherton shared the story of Steve, a longtime Catholic who worked hard to be a good husband, father and business owner. Steve believed his good works would ensure his salvation, but volunteers from FBC O’Fallon shared Ephesians 2:8-10 with him. “So you’re saying my goodness won’t get me into heaven,” Steve replied, “but rather a relationship with Christ will?”

“At the end of their conversation,” Atherton wrote, “Steve prayed and received Christ into his heart!”

But the spiritually blind in O’Fallon weren’t the only ones to have their eyes opened during Engage O’Fallon. One teenage volunteer from FBC O’Fallon asked someone what qualities in a church would attract him to attend. “I am really not sure,” the man replied. “I have never even really thought about looking for a church.” The teenage girl was dumbfounded by the existence of people in the church’s own neighborhood who had never even considered attending a church.

“The lostness of our world,” Atherton wrote, “came into full focus, and God has used this situation to capture this young woman’s attention.”

In any case, through their continuing evangelism efforts, the ministers and members at FBC O’Fallon are laboring to give everyone in their community the opportunity to consider coming to church – and, most importantly, to consider following a loving Savior and Lord.