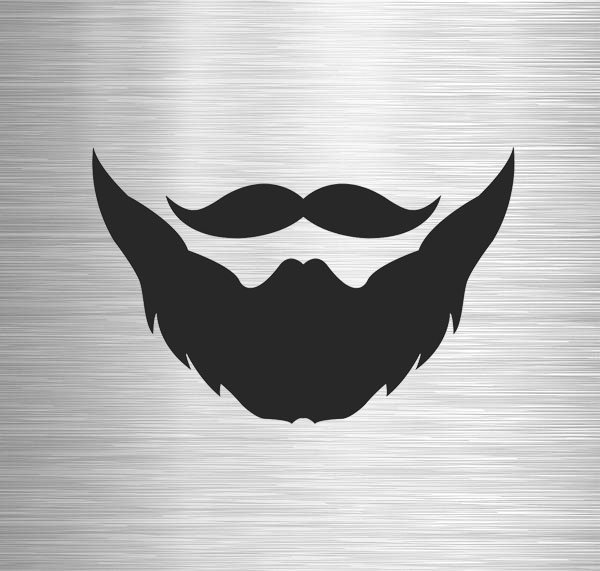 Last week, my wife and children agreed that if I were ever to stop shaving, disaster would ensue. Whether I aim for a goatee, mutton chops or a brawny beard, the genetics for success are simply missing.

So I’m settled with the fact that, from eternity, God has ordained that I grow no facial hair, but only recently did I realize the weight of my predicament. The writer E.B. White once remarked that a simple bout of hay fever could turn the course of history. The same could be said, perhaps, for a decent sprout of facial hair.

In fact, though the subject seems miniscule, I quipped once that I’d someday write a book on the religious history of facial hair. After all, the Law of Moses addressed stipulations about facial hair. And great theologians through the ages have pondered the significance of a healthy beard. Take the early church father Augustine of Hippo, for example: To my clean-shaven shame, he wrote, “The beard signifies the courageous; the beard distinguishes the grown men, the earnest, the active, the vigorous.” A little earlier, the church father Lactantius called facial hair “the beauty of manliness and strength.”

Within the medieval church of Western Europe, only ordained priests – always beardless – could partake of the cup during communion. Why did this development occur in the church? The custom, historian Diarmaid MacCulloch once mused, “has never received any better explanation than that there was worry that the Lord’s blood might be caught in the mustaches and beards of the male faithful.”

Then, during the onset of Protestantism in the 1500s, how did Reformation-minded ministers set themselves apart from the Roman Catholic priests? They grew full-length beards, of course. And sometimes, when the powers-that-be turned against these Reformers, their beards would be plucked out by their persecutors.

Later, during the 19th-century, the famous Baptist (and bearded) preacher Charles Spurgeon told his students, “If you feel that you want something else, why, then grow a beard! A habit, most natural, scriptural, manly, and beneficial.”

Earlier in his life, the young and then-beardless Spurgeon faced criticism from older ministers for presuming to address his elders, according to an article on www.spurgeon.org (the website for Midwestern Baptist Theological Seminary’s Spurgeon Center for Biblical Preaching). One of his critics, alluding to 2 Samuel 10:5, said “it was a pity that boys did not adopt the Scripture practice of tarrying at Jericho till their beards were grown.”

In reply, the teenage Spurgeon reminded his audience that the passage referred not to beardless boys, but to full-grown men whose beards had been shaved off by enemies, to their shame. They tarried in Jericho to regrow their beards and regain their honor. Spurgeon later told his students, “The beard of reputation once shorn is hard to grow again.”

As heaven would have it, Spurgeon’s effective reply opened a door to the pastorate at New Park Street Chapel in London, kickstarting a successful, lifelong ministry.

That such a minor issue would jumpstart such a significant ministry should come as no surprise to us. Christians have always gloried in the microscopic. As people say, the devil’s in the details; therefore, Christians through the ages have labored to exorcise every detail for the glory of God. There’s no ministry too small for the follower of Christ – and there’s no way on this earth for measuring the eternal impact of the smallest act of faithfulness.

Noah Oldham, an elder at August Gate Church and North American Mission Board SEND City coordinator in St. Louis, has grasped something of this truth. “As pastors,” he told me in 2016, “we tell people all the time, ‘Use whatever gifts and passions you have for the glory of God – and even hobbies can do that.’”

As it so happens, Oldham’s hobby grew out of concern for his facial hair. To keep their beards in good shape – so I’m told – men must condition their hair and skin with special beard oils. So, after reading a massive handbook on essential oils and doing other research online, Oldham began his own line of beard oils. He sells his product and invests the proceeds for eternal endeavors. As a result, during the past two years, he’s helped support four missionaries on a monthly basis.

May his tribe increase, and may his beard grow thick and flowing.