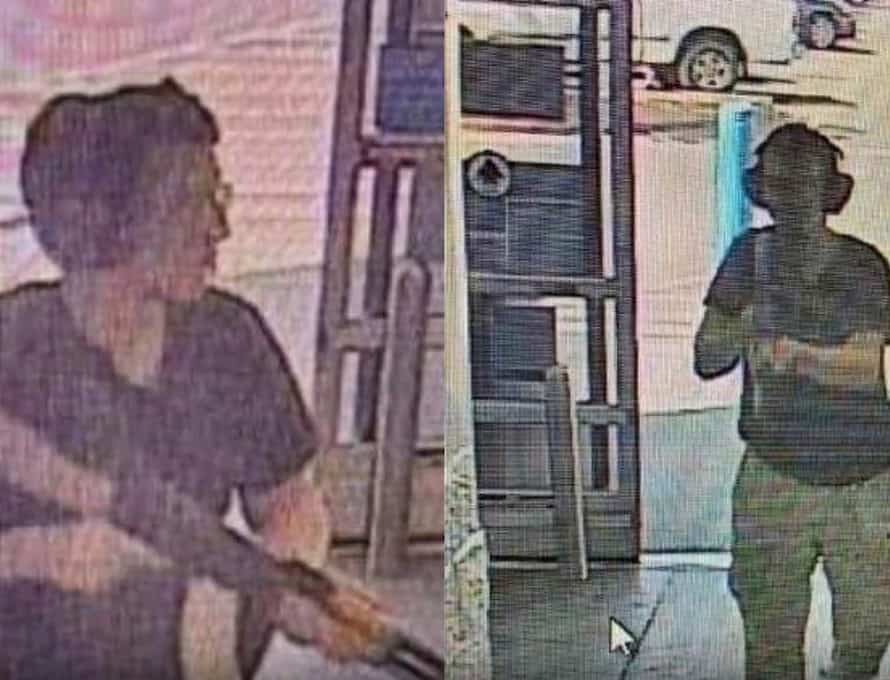 As two mass shootings over the weekend brought the total to three such tragedies in just over a week, Baptists prayed, met needs and called for an urgent look at how white supremacy can "fuel" violence. YouTube screen capture

EL PASO, Texas (BP) – As two mass shootings over the weekend brought the total to three such tragedies in just over a week, Baptists prayed, met needs and called for an urgent look at how white supremacy can “fuel” violence.

The shootings – all committed by young men – took the lives of 34 people across three cities. In El Paso, Texas, a 21-year-old man is in custody after a shooting in a Walmart left 22 people dead and 26 others injured on Saturday (Aug. 3). Then early Sunday morning (Aug. 4), a 24-year old gunman killed nine in a nightlife district of Dayton, Ohio.

Those victims were added to the three killed at the Gilroy Garlic Festival in California by a 19-year-old gunman July 28.

Southern Baptists are responding in the aftermath of the violence to minister to those affected. In El Paso, volunteers with Texas Baptist Men set up at a local shopping center to serve first responders and families affected. And Southern Baptists of Texas Convention (SBTC) Disaster Relief is sending a group of chaplains to El Paso, the group reported Monday afternoon.

Baptist churches from around the area also gathered Aug. 4 at First Baptist Church of El Paso for a prayer service that drew more than 400 people.

“Our intent is to say our churches stand together, and we want the community to know that,” FBC Pastor Mark Rotramel said. “This is not about our churches, but the Church.”

Jim Richards, executive director of the SBTC, expressed grief over the killings and a “pervasive evil” motivating such crimes.

“Racism, however it is expressed, is a blasphemy against the one true God whose image all women and men bear,” Richards told Baptist Press. “The idea that one race is inherently superior to another, whether it is called white supremacy or some other label, is unbiblical. The apostle Peter discovered at the house of Cornelius, as described in Acts 10, that God is no respecter of persons.

“Pastors of Southern Baptists of Texas Convention affiliated churches in the El Paso area are reaching out to their neighbors in the aftermath of this tragedy,” Richards said. “The SBTC staff is mobilized to help those churches share the love and comfort of Christ.”

Steve Stiglich, associational missionary for the Greater Dayton Association of Baptists, said he has reached out to the mayor in his city to offer support in any way officials might need it.

“At this time, we’ve been praying and been on standby,” Stiglich said. “We ask for prayer for our first responders and medical staff who have been dealing with the injured, for our officials and the victims and families as they work through this.”

A prayer vigil was held Aug. 4 in downtown Dayton, and protestors also gathered there to draw attention to racist issues brought to the surface again over the weekend. After the El Paso shooting’s young white male suspect was taken into custody, law enforcement found a racist, anti-immigrant document they believe he wrote and they say has a “nexus to a potential hate crime,” CNN reported.

Ronnie Floyd, president of the Southern Baptist Convention’s Executive Committee, told BP, “I think both El Paso and Dayton represent our most recent illustrations that every person in this world needs Jesus and they need Jesus now.

“And that we need to do everything we can to advance the Gospel to every person in the world and to make disciples of all the nations,” he said. “That’s why we’re praying for the presence of God to be with every family that has lost a loved one and been directly impacted by this tragedy. And the presence of God will be with every first responder, every technician at a hospital, to a nurse, to a doctor and to all of our pastors and churches that are serving in those areas. May God’s presence be with them and may the Lord use this in our country to call us back to God.”

Other Christian leaders also took to social media to call out racism and white supremacy. Among them was Adam W. Greenway, president of Southwestern Baptist Theological Seminary in Fort Worth, who tweeted Aug. 4 denouncing the alleged motive behind the shooting.

“As president of @SWBTS, I want to be clear that we condemn in the strongest possible form any and all ideologies of racial/ethnic superiority/inferiority that fuel the kind of hate evidently motivating the #ElPaso shooter to commit such a horrific act of violence in our state,” he wrote.

R. Albert Mohler Jr., president of Southern Baptist Theological Seminary, said on The Briefing podcast Aug. 5, “These headlines come again and again.” He noted that repeated crises of this nature bring up a lot of worldview questions, such as how an assault can happen or who would commit such a crime.

“We are facing a very serious mental health crisis, and we now lack the cultural will and for that matter even the legal mechanisms to deal with many of these threats,” he said, noting that an even bigger issue is our lack of ability to read the human heart and the evil it holds.