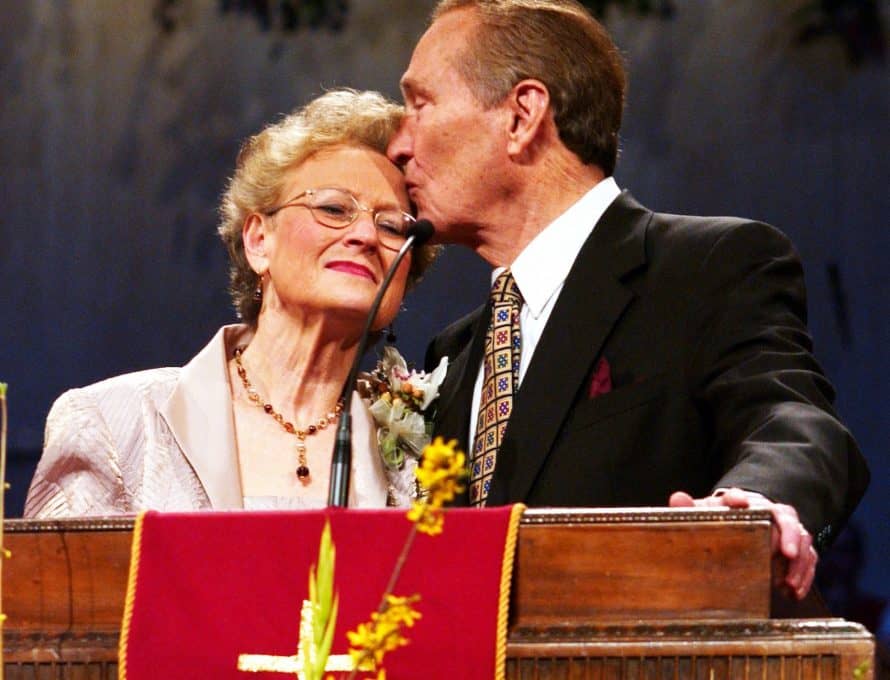 NASHVILLE (BP) – Forty years after her husband began leading the Southern Baptist Convention in the Conservative Resurgence promoting a doctrine of biblical inerrancy, Joyce Rogers still hopes the best for the SBC.

“I would hope that they would keep the Word of God in the center of their belief (and continue) in the inerrancy of the Word of God,” she told Baptist Press during a telephone interview, June 28 from her doctor’s waiting room. “My husband really was the one that fought for that, and I was there sitting by his side through all of that, and was always so proud of that.”

“I’m not sure I could speak for what he would say” about the SBC today, she told BP. “It seems to be good in general. I don’t stay real plugged in.”

She enjoys days at home, is an active member of Faith Baptist Church near Memphis, Tenn., and serves on the board of the Love Worth Finding ministry her husband founded in 1987.

“I’m thankful that that’s going on still today,” she said of Love Worth Finding. The ministry, at lwf.org, broadcasts Adrian Rogers’ distinctive voice and messages on radio, television and the internet to a global audience, and maintains several discipleship outreaches.

Nearly 15 years after her husband’s November, 2005 death from pneumonia and cancer, she doesn’t feel her age. “I am 85. It doesn’t seem like I am. Seems like I’m 55, but that’s not the truth.” She recalls her husband’s 1979 election as SBC president, the first of three terms he served. He was last elected in 1986 and 1987 during his 33-year pastorate at Bellevue Baptist Church in Cordova, Tenn.

“He was a man of courage and a man of conviction, and I was always just very proud of him,” she said. “He was courageous on the football field, and carried that over into his life, being courageous to stand for God’s Word. And I was just always proud of him and proud to stand with him.”

Prior to his death, she penned the biography, Love Worth Finding: The Life of Adrian Rogers and His Philosophy of Preaching, drawing from their relationship that began in grammar school and extended through 54 years of marriage. In 2015, she donated to Southwestern Baptist Theological Seminary her late husband’s library of 3,500 books, sermon notes, photographs, letters and desks.

Adrian Rogers is still remembered today for his leadership and honored widely among Southern Baptists for his legacy.

Ron Hale, a member of the SBC Executive Committee, referred to Rogers as “the prophet of the Conservative Resurgence” in a previous article in The Pathway.

“From his character, you sensed that he had been with God and deep into the Word. From his content or the words that he spoke came the ring of truth with meaning for today,” wrote Hale, interim pastor of Maple Springs Baptist Church in Medon, Tenn. “He connected with his hearers through a passionate delivery of words, interpretation, arguments, alliteration, and illustration that demanded a decision.”

“Adrian Rogers loved Jesus first and foremost,” Hale said. “He dearly loved his wife and family. He dearly loved the Word of God. These great loves helped him finish well in ministry.”