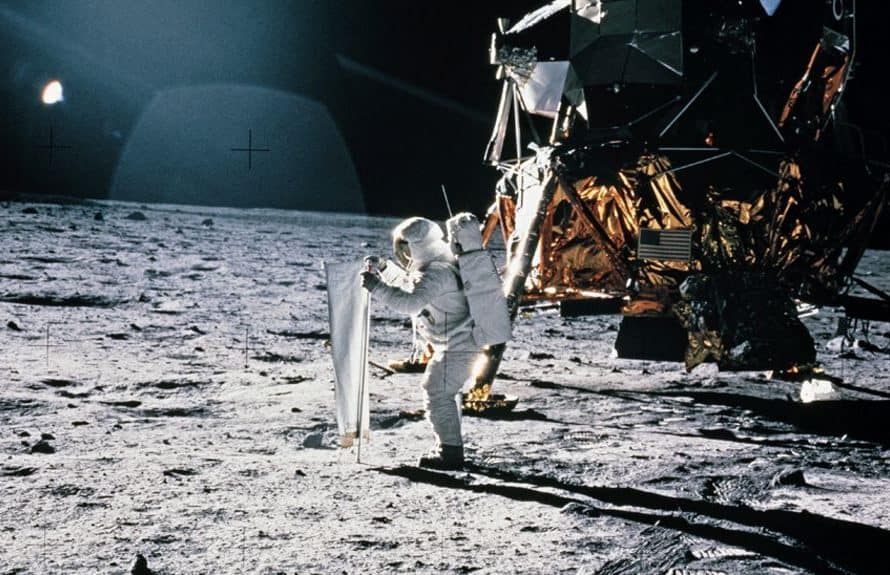 On July 16, 1969, a mere 65 years after the Wright brothers first took to the air, Buzz Aldrin, Neal Armstrong and Michael Collins climbed atop a 362-foot-tall, 6.5 million-pound tower of flame and thunder. Thus began their 953,054-mile flight to the moon and back, all while using a navigational computer with less computing power than a modern washing machine.

It was the work of more than 400,000 minds across a decade, and on the tip of that mighty Saturn V rocket sat the hopes and pride of a nation embroiled in the Cold War. In four days, Aldrin and Armstrong would gently rest their lander on the silent, pocked-marked lunar surface while Collins remained in orbit above. There can be no doubt it was – in the words of Armstrong – “one giant leap for mankind.”

Yet even as mankind was taking this giant leap, God remained supreme. Though for many the moon landing is the ultimate testament to 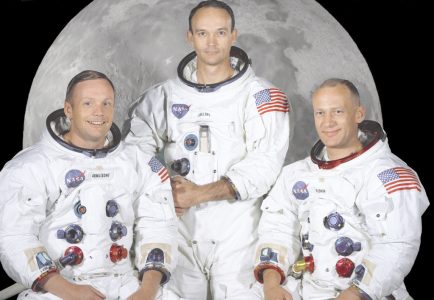 man’s preeminence, God was not absent from the endeavor.

For example, in the weeks before the historic liftoff, President Richard Nixon inquired at NASA as to their plans for the commemorative plaque to be left on the lunar surface, which in addition to depictions of the globe was to bear his signature. Their preparation read: “Here men from the planet Earth first set foot upon the Moon – July 1969, A.D. – We come in peace for all mankind.” Nixon liked the text, but suggested a slight change. He felt the text should be past tense: “We came in peace,” instead of “come.” NASA agreed.

A week later, he suggested a second edit. He wanted the phrase to read, “We came in peace under God for all mankind,” a nod to both the Almighty and the national motto: One Nation Under God. NASA balked, the space agency’s administrator Thomas Paine told the Orlando Sentinel in 1989. They felt a reference to the motto of the United States and more directly, a mention of God, took away from the universal message they were going for. In the end, it was a moot point because the plaque was already attached to the lunar lander and securely tucked away and ready for launch.

Though there is no overt reference to God on that plaque as it still sits on the moon, there is still a subtle nod in the date: July 1969, A.D. (anno Domini, medieval Latin for “in the year of the Lord”).

There is also Buzz Aldrin’s observance of the Lord’s Supper on the lunar surface (see story on page 12), a private act of worship in the hours of waiting between the touchdown of the lunar lander and Armstrong’s historic steps.

An estimated 600 million people watched the climactic moments on television that hot summer night, with untold millions of those praying as they gathered around television sets all around the planet. Then there’s the very nature of that planet, the moon, and the stars that litter the sky; all evidence of God’s creative hand, seen from a perspective unimaginable to human minds since God first breathed life into dust.

The heavens declare the glory of God

“The heavens declare the glory of God,” Psalm 19 begins. “And the expanse proclaims the work of His hand.”

That verse is found on the wall of the Wheeler Science Center at Southwest Baptist University.

That’s where Associate professor Craig Masters teaches physics and astronomy. Masters said his study of space bears out the truth of that verse. 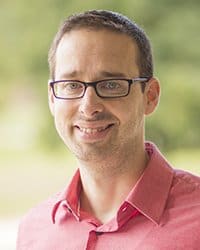 “The scale and the sheer magnitude of the universe speak to God’s creation,” he said.

For many, that scale and magnitude of the universe, the exploration of the moon and space, and science in general are all evidence for man’s supremacy and evidence of God’s non-existence. Not so, according to Masters. He argues the heavens – and science itself declares an order… that they are the work of a Creator’s hand.

“I would say that science really only makes sense within a Christian worldview,” he said. “One of the things that the scientific method depends on is the uniformity of nature. The worldview of naturalism deals with time and chance working on matter. Uniformity on the other hand deals with regularity. Those two ideas are basically antithetical. I think naturalism undermines the possibility of science rather than being essential to it.”

Jeff Williams, who spent a total of 534 days in space from 2000 to 2016, was so confronted by this truth that he wrote a book titled The Work of His Hands: A View of God’s Creation from Space.

“When I look out the window and I see this – all of the elements are what you would imagine you would see with a creative work by an infinite God,” Williams wrote. “You see the design, you see the beauty, you see the purpose, you see all of those elements, you see order in all the details.”

“It’s one thing to be inside here, look out the window, and view the elements of God’s creation in deep space as well as the planet,” Williams said of spacewalking. “It’s quite another thing to go outside, and now you have set yourself inside this suit that is sustaining your life and you can see through that full-faced visor not only the vastness and the majesty of the globe itself but deep out into space. It just deepens a comprehension, the observation of what we know through Scripture about the amazing creative work of God. It’s an incredibly humbling experience.”

King David never gazed at the stars from orbit or peered back at the Earth from the surface of the moon, but what the psalmist knew then is no less true 50 years after man-made footprints in the lunar dust: God was and is writ large over the exploration and study of space, regardless of whether or not man cares to admit it. 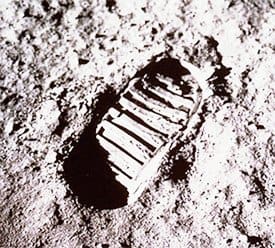