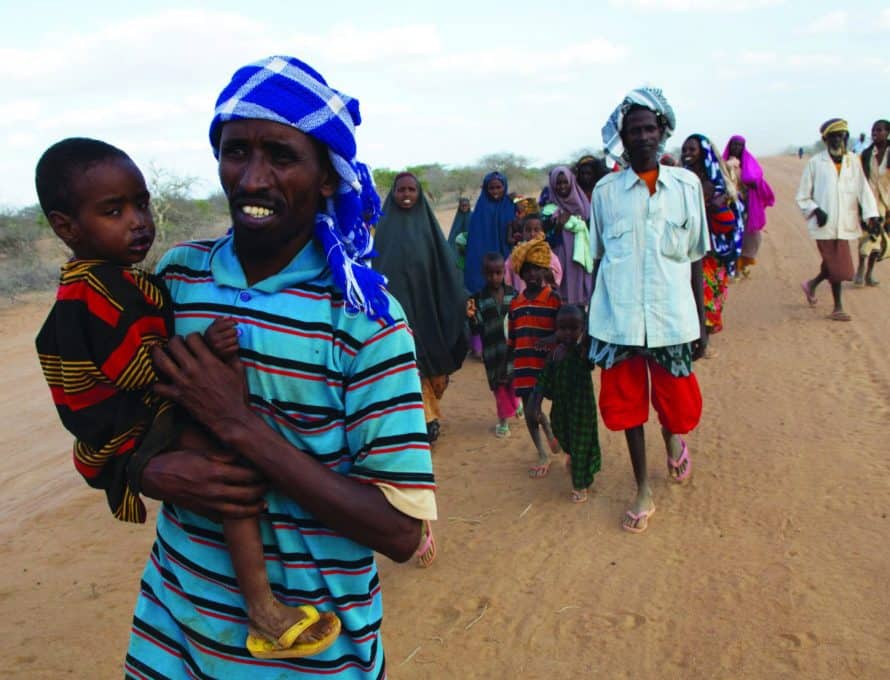 Most North African refugees who escape to cities in Europe and elsewhere are penniless and hopeless when they arrive, often having made great sacrifices to pay for passage from their home country. (IMB Photo)

EUROPE—Brahim* lives in a European refugee camp. He left his North African country in search of a better life far from the war and desperation of his home.

Only 22 years old, he doesn’t own much. But he does have a phone, and that is how he first encountered the gospel.

Through a gospel page on social media, Brahim began messaging with Yoseph,* an Arab evangelist with a burning heart for ministry to other Arabic speakers. Through these interactions, Brahim heard the gospel and made a profession of faith in Christ.

Yoseph and his ministry partner drove to the refugee camp to visit Brahim. He was tentative in his faith and felt isolated. They studied the Word and prayed that Brahim would be bold to share with others.

A few weeks later, Yoseph gathered in his city with a large group of believers — Arabs, Europeans, and Americans — and together they prayed that God would work among North African and Middle Eastern men and women.

The next day, Yoseph and his ministry partner heard from Brahim. He had shared the gospel with his roommate, who believed!

When Yoseph and his partner visited them, Brahim was changed. He was excited, confident, and sure about his faith. They ended the visit by celebrating the Lord’s Supper and praying for more people to know the joy of a relationship with God through Jesus Christ.

Pray that God would strengthen Brahim and his roommate in their faith and use them as laborers in the harvest fields.

Your gifts through the Cooperative Program and the Lottie Moon Christmas Offering® support Southern Baptists working among refugees from North Africa and the Middle East. Your Baptist workers help new believers grow in their faith and share the good news of God’s Word. Thank you for giving.

This article is by Madeline Arthington, a writer who serves with IMB in Central Asia.