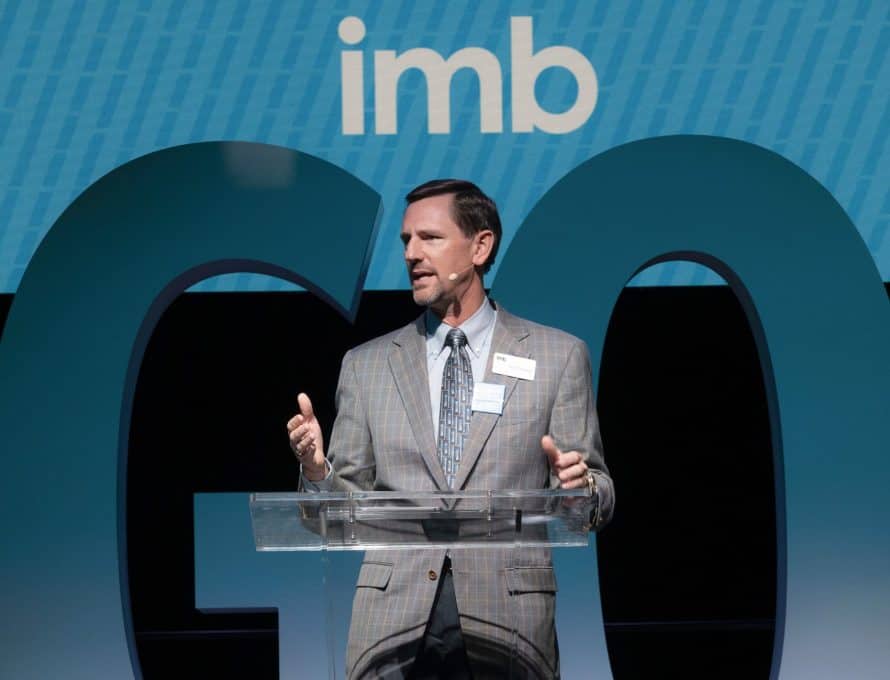 BIRMINGHAM – Paul Chitwood, president of the International Mission Board, speaks to more than 1,600 people at the IMB banquet June 10 at the Sheraton Hotel in Birmingham, Ala. Twenty-six new IMB missionaries were commissioned during the IMB Sending Celebration here, June 11. Two of them were baptized in Missouri. BP photo by Matt Jones.

BIRMINGHAM, Ala. – Two men baptized in Missouri churches were among 26 new missionaries appointed by the International Mission Board during a sending celebration at the Southern Baptist Convention’s annual meeting, June 12.

Lev Fields*, along with his wife Elsie* and their daughter, will be serving in Northern Africa and the Middle East with the IMB. Although they were sent by a church in North Carolina, Lev was baptized in Missouri. He and Elsie shared with Southern Baptist messengers about how God led them to the mission field.

“My uncle, a missionary and evangelist, told me he was praying that I would become a missionary,” Lev said. “Several years later, God called me to serve for two years as a Journeyman.”

“As a teenager,” Elsie said, “I knew God had called me to go and take the gospel to those in darkness. I also served for two years as a Journeyman.”

Patrick Bowman*, along with his wife Emily* and their three children, will also be serving in Northern Africa and the Middle East. They were being sent by a church in Arkansas. Patrick, who was baptized in Missouri, told Southern Baptist messengers, “We see God at work in how he has orchestrated our going to the nations. Living in two different states, God called both of us to missions while in middle school.”

“For the last eight years,” Emily added, “we’ve both had the privilege of sharing the gospel with Muslims living here in the United States and on a mission trip to the Middle East.”