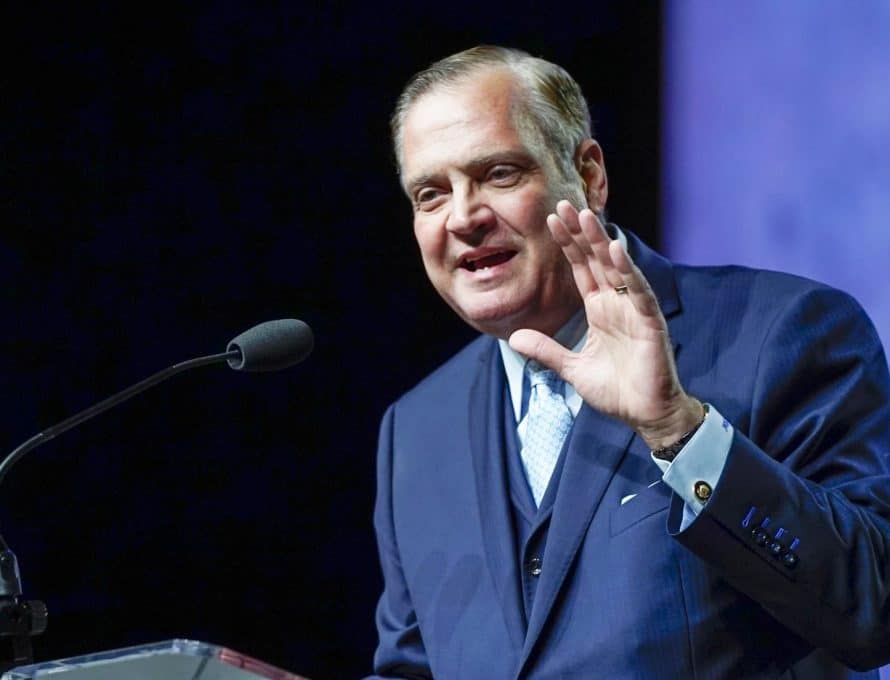 EDITOR’S NOTE: This article is an excerpt from the June 14th edition of The Briefing podcast by Southern Baptist Theological Seminary President Al Mohler.

Later the resolution called upon Southern Baptist to “affirm Scripture as the first, last, and sufficient authority with regard to how the church seeks to redress social ills, and to reject any conduct, creeds or religious opinions, which contradict Scripture.” The resolution also states that “critical race theory and intersectionality should only be employed as analytical tools subordinate to Scripture, not as transcendent ideological frameworks.”

Christians should understand as we do worldview analysis that we can deploy certain ideas or certain tools analytically, without adopting the entire worldview. For example, Christians can look with interest at Marxist economic analysis of a consumer society, and just to take one dimension, how a consumer society addresses itself to the seduction of children as consumers. There’s some very interesting analysis that’s done there, and Christians, Christian parents in particular, can look at that and understand, “Yeah, that’s exactly how my children are subjected to advertising and all kinds of messaging coming from a consumer society, wanting to look to my children basically as consumers.”

But at the same time, we cannot possibly separate that from understanding that that very analysis is rooted in a worldview, the worldview of Marxism, a worldview that understands the basic evil in the world, as the oppression of the worker by those who hold capital. And thus, the answer to that is a revolution that would eliminate capitalism, that would eliminate a free market, a free market economy, and would instead, put the state in the position of creating an economically just society, and by coercion, and by state ownership, and by confiscation, in the promise that eventually there would be a communist utopia, which of course never comes.

When we turn to the resolution adopted by the Southern Baptist Convention, we should be thankful that it establishes very clearly, the supremacy of Christ and the gospel, and the supreme authority of Scripture. We should be thankful that the chairman of the committee stated clearly that, “Critical race theory and intersectionality should only be employed as analytical tools subordinate to Scripture, not as transcendent ideological frameworks.”

But when the resolution stated that critical race theory and intersectionality have been appropriated by individuals with worldviews that are contrary to the Christian faith, the reality is that both intersectionality and critical race theory emerged from worldviews, and from thinkers who were directly contrary to the Christian faith. Indeed, you can draw an intellectual line from Marxist theory to the transformation of Marxism, especially in the middle of the 20th century in European thought, and then you can fast forward to critical legal studies as they emerged in law schools, applying the same kinds of analysis, indeed even denying rationality and objective truth and subjecting legal texts, such as laws and constitutions to that kind of analysis. We can look from critical legal studies to critical race theory, emerging especially from thinkers such as Derek Bell, at the Harvard Law School, during the 1970s.

In critical race theory, Derek Bell argued that the fundamental problem is white supremacy. Whereas, Marx and Ingels pointed to economic oppression, he pointed to white supremacy, which he argued is embedded throughout all of western civilization in its institution and laws. And even as the traditional Marxist, especially in their representation as communists, called for a communist revolution in order to overcome that oppression, so also, even in rejecting the central logic of the civil rights movement, the critical race theorist argued for a revolutionary approach in which they called for a complete transformation of society. And it’s important to note that out of critical race theory, came intersectionality, also in the context of a law school, especially through Kimberlé Williams Crenshaw, a professor of law at both UCLA and Columbia.

The argument of intersectionality is that humanity is marked by oppression that is revealed in a pattern of intersecting social identities. This is a very foundational thought to identity politics. The point of intersectionality is the more complex the intersection, the greater the oppression. In other words, an African-American lesbian is less politically powerful and thus more oppressed than even a black male. You can quickly see how all of this has been appropriated by the moral revolution, and it has become an essential tool of the sexual revolutionaries. You also have to understand that critical race theory and intersectionality are now basic fundamentals of thought in higher academia in the United States and in much of Europe.

Both critical race theory and intersectionality are a part of the continuing transformative Marxism, that is now so dominant in higher education and increasingly in policy. And you see this even right now in the debates among the candidates for the 2020 Democratic Presidential nomination. Much of the structure of what they’re actually arguing about comes from critical race theory and intersectionality, and behind that, the critical theory or critical thought that is basically fundamental to the political left in the United States.