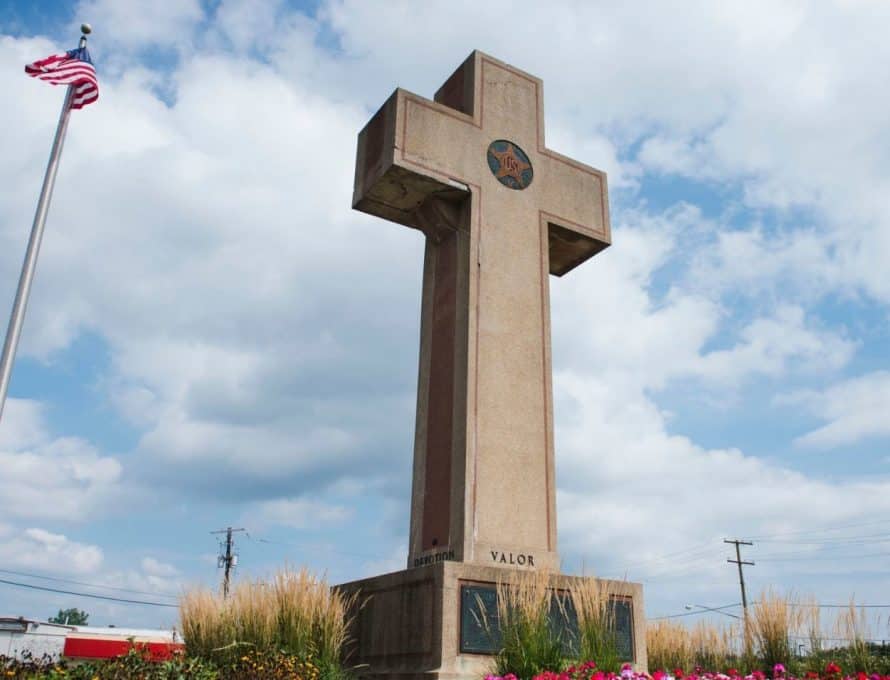 WASHINGTON, D.C. – The U.S. Supreme Court ruled June 20 a 40-foot cross on public land that serves as a memorial to World War I soldiers does not violate the First Amendment’s prohibition against a government establishment of religion.

In a 7-2 decision, the justices reversed the Fourth Circuit Court of Appeals’ opinion that a Latin cross in Bladensburg, Md., violates the Establishment Clause of the First Amendment under a nearly 50-year-old test by promoting Christianity. The American Humanist Association (AHA) challenged the constitutionality of the cross, which was completed in 1925 to memorialize 49 soldiers from Prince George’s County, Md.

In the court’s opinion, Associate Justice Samuel Alito said the age of the memorial and the various meanings attached to it provide evidence for its constitutionality.

“[W]hen time’s passage imbues a religiously expressive monument, symbol, or practice with this kind of familiarity and historical significance, removing it may no longer appear neutral, especially to the local community for which it has taken on particular meaning,” Alito wrote. “A government that roams the land, tearing down monuments with religious symbolism and scrubbing away any reference to the divine will strike many as aggressively hostile to religion.”

The high court did not use what is known as the Lemon test in its decision to overturn the Fourth Circuit, which based its decision in part on that standard offered in the 1971 Lemon v. Kurtzman opinion. The Supreme Court’s three-prong Lemon test says a law must have a secular purpose, not primarily promote or restrict religion and “not foster an excessive entanglement with religion” to avoid a violation of the Establishment Clause.

The justice also did not annul the Lemon test.

Since 1971, justices have presented a variety of tests. In a 2013 decision regarding legislative prayers, the court suggested Establishment Clause challenges must be viewed by reference to historical practices and understandings.

The case is the latest in a long line in which the high court has sought to interpret a much-debated clause that says, “Congress shall make no law respecting an establishment of religion.” The cases have included such considerations as Ten Commandments displays on public property, school prayers and government prayers.

The park commission owns the Bladensburg cross, which is located with monuments to veterans of other wars in Veterans Memorial Park.

The Southern Baptist Ethics & Religious Liberty Commission signed onto a friend-of-the-court brief with several other religious organizations in support of the cross.

The brief said a government action almost always “does not violate the Establishment Clause unless history confirms that the founding generation understood that action as an establishment of religion outright or as a legal attribute of a religious establishment.”