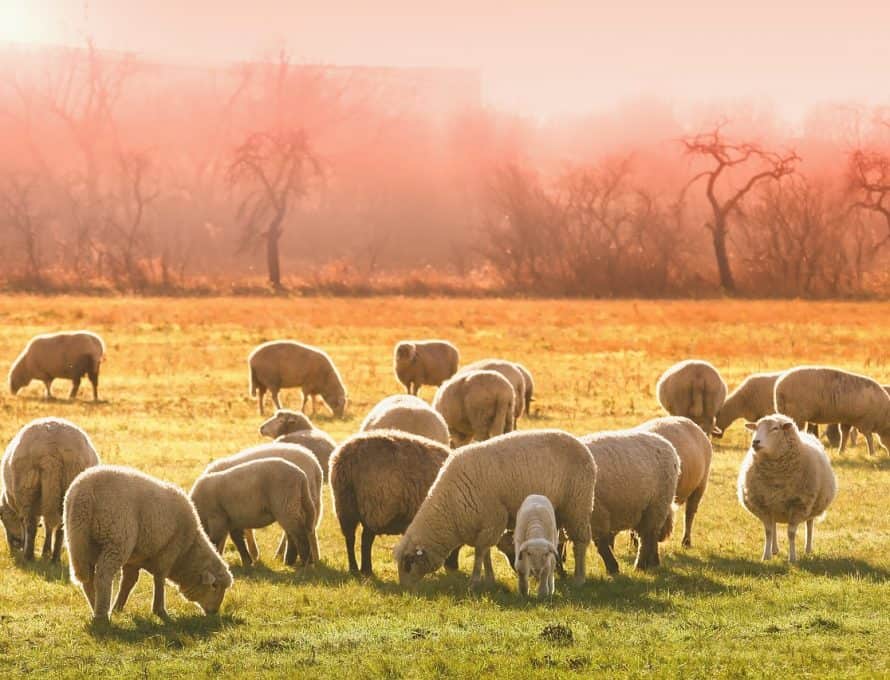 DESLOGE – Baked with love by each church’s pastor, the table of decorated cakes looked good enough to eat. Everyone gathered around the auction block to see how much his or her pastor’s cake would go for this year. Jack and Elizabeth Poston, long-time members of First Baptist Church (FBC) here and the founders of the Feed My Sheep fundraiser event, heard that congregations from two local Methodist churches held a separate event in order to raise extra money to bid on their beloved pastor’s cake.

Jack reached for the cake. “Let’s start the bidding at—”

“We bid $4,259!!” shouted several members from the Methodist churches.

The crowd erupted in laughter and applause.

“Most of the other cakes brought around $50, so that was an extraordinary bid,” Elizabeth said. “But we did have another pastor’s cake that was won and then donated back three times. We didn’t think about that happening. It’s amazing how much money was raised through what was basically a bake sale.”

She said last year—Feed My Sheep’s inaugural year—they raised more than $25,000 for five food pantries in St. Francois County and they were floored at the amount. When they started this year they weren’t sure they could match last year’s success because they had fewer donated items. However, this year’s total of $35,117.27 proved what Jesus understood when He fed the 5,000. God doesn’t need more bread to feed more people; He multiplies what He has.

And much like Jesus appointing his disciples to the task of distributing the food, God used the cooperative body of Christ for the Feed My Sheep event. Eight Southern Baptist churches including FBC Desloge (who hosted), Esther Baptist Church, Elvins Baptist Church, FBC Park Hills, FBC Bonne Terre, East Bonne Terre Baptist Church, Primrose Baptist Church and FBC Bismarck donated and volunteered to help with this important cause. Many other area church congregations, as well as local businesses and students from local high schools also joined in the effort that will go a long way toward meeting each food pantry’s monthly needs.

“We heard so many people say what a wonderful feeling it is to see people from various communities and churches working together as one big family,” Jack said. “And we feel blessed that FBC Desloge is centrally located and we have our Family Ministry Center that God can use to do something like this.”

They presented to the individual food pantries through the East Missouri Action Agency (EMAA) in Park Hills. The EMAA helped the Feed My Sheep team determine what percentage of the money should go where based on the number of people each food pantry serves throughout the year.

“According to what the representatives from each food pantry told us, the money they’ve received has been a real blessing and has been especially helpful for supplementing whatever they might be running low on,” Jack said.

The Poston’s said the idea for this type of event fundraiser isn’t new, and they appreciative everyone who took the time to guide them regarding what works and what doesn’t. Jack is offering the same help to anyone else who might feel God leading his or her church and/or community to this kind of service mission.

“We are 100% willing to share everything we know and everything we’ve done just like others were gracious enough to share with us,” Jack said. “You don’t have to reinvent the wheel. We are willing to drive halfway and meet for coffee with anybody who is interested in hosting an event like Feed My Sheep.”

For more information or to contact Jack and Liz Poston visit the Feed My Sheep Facebook page or call 573-431-0391.