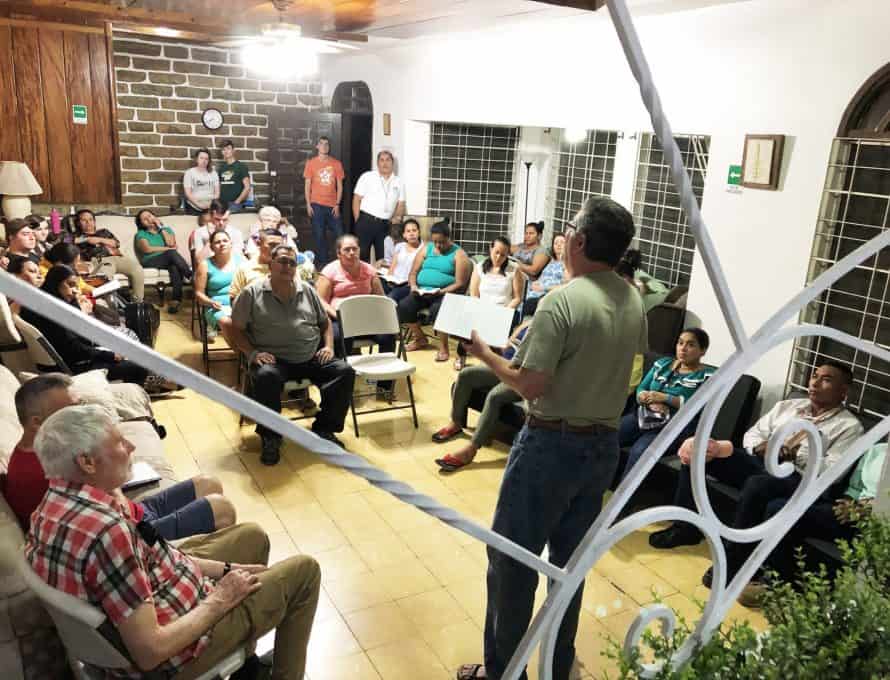 TEGUCIALPA, Honduras – Kingdom work is not reserved for preachers. Eight students from Missouri University of Science and Technology’s Baptist Student Union (BSU) saw that first-hand recently as they traveled to Honduras with churches from Phelps Baptist Association.

The team worked with Howie and Marvina Hooper, former International Mission Board missionaries who returned to the mission field to begin Casa David (David’s House). Impoverished people come from miles around for treatment at the public “Social Security” hospital in Teguciapla, the capital city of Honduras, but patients’ families have no place to stay or eat while loved ones undergo days or weeks long treatment. The U.S. government lists Honduras as the second poorest country in Central America, with more than 60 percent of the population living in poverty.

That’s where Casa David comes in. Since 2014, its 35 beds have been full most nights with of people accompanying sick family members, an idea similar to a Ronald McDonald house in the United States. They not only get a roof over their heads and a place to sleep just a block from the hospital, they also get hot meals and a chance to hear the gospel.

The Missouri students along with their Phelps County partners worked on Casa David’s physical plant, but they also led devotions for the residents and ministers at a local senior adult facility.

“The students were overwhelmed by God’s using them in the ways that He did,” said Missouri Baptist Convention Campus Missionary Bruce Wade. “These are engineering students and one of the definitions of an engineer is a problem solver. So we gave the students a task and they figured out how to do it quickly and then get it done. They all had great work ethic and it’s always a joy to see them work on mission trips. It got them out of their comfort zone.”

The youngest on the 11-person team was 19 years old, and the oldest was 87, allowing the students to build relationships not just across geographic borders, but generations.

“The partnership between Phelps County Baptist Association and the BSU went great,” said Ken McCune, the association’s Director of Missions and himself a former IMB missionary to Honduras. “The Lord is working in a great way in both groups to fulfill the Great Commission.”