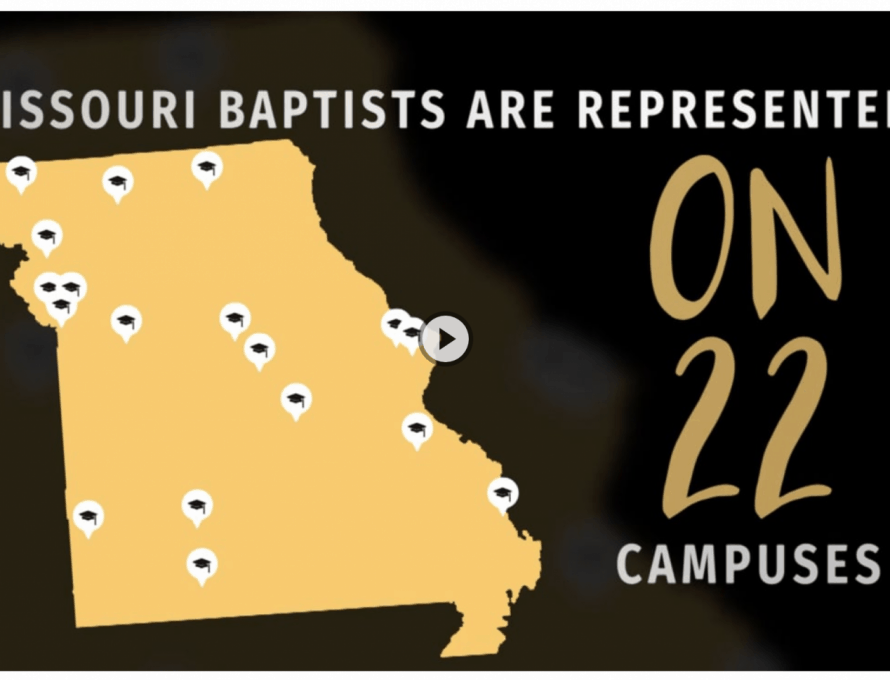 COLUMBIA – Gene Austin likes to ask youth pastors to take a guess at how many hours on average they’ve invested in a graduating high school senior.

Austin, director of collegiate ministry for the Missouri Baptist Convention, says that from the time they enter the youth program until they graduate high school, the answers started at 500 hours on the low end and only go up from there.

“Now think of that investment and think of spending just one more hour to make sure they’re aware of and can make some sort of initial contact with a missionary on whatever campus they’re going to,” he said.

“Don’t let all those hours you’ve invested in a young man or woman’s life go sideways.”

Austin said it’s as easy as calling up one of the Missouri Baptist missionaries present on 23 campuses across the state, or just filling out an online form at http://mbcollegiate.org/graduates to help that missionary make a connection with the student early on. This can help bridge the gap between high school and full adulthood when so many students fall away. (Of course, parents and the students themselves can also fill out the contact form.)

One study by Campus Renewal found that roughly 70 percent of Christian students going off to college end up leaving their faith during their first year on campus.

Sometimes it is a conscious decision to move away from the structure and influence of parents, but it is often an unintentional drift or slow fade away.

Austin said that drift is largely avoidable, thanks to the network that exists among Missouri Baptist churches.

“There are a lot of great ministries out there, but they don’t have the one thing we have,” he said, “and that is a great farm system through the local church.”

Travis Hamm, a campus missionary at the University of Missouri – Kansas City, said his own experience shows the importance of making that connection early.

“When I graduated high school back in 2003, I was encouraged by my youth pastor to find that Baptist ministry at Northwest Missouri State,” he said. “Having that conversation early on helped give me that sense of community when I first set foot on campus. That’s what freshmen are looking for. If we can get that established early on, it can help them stay connected.”

Hamm said he agreed that Missouri Baptists have ready-made solutions to bridge that post-high school transition.

“Our network is ready to connect youth pastors with campus ministers,” he said. “We want to link arms and partner with churches, even as juniors and seniors are thinking about what schools they want to go to.”

In the aftermath of the reversal of Roe v. Wade, the Missouri Baptist Children’s Home is standing firm in its efforts to give