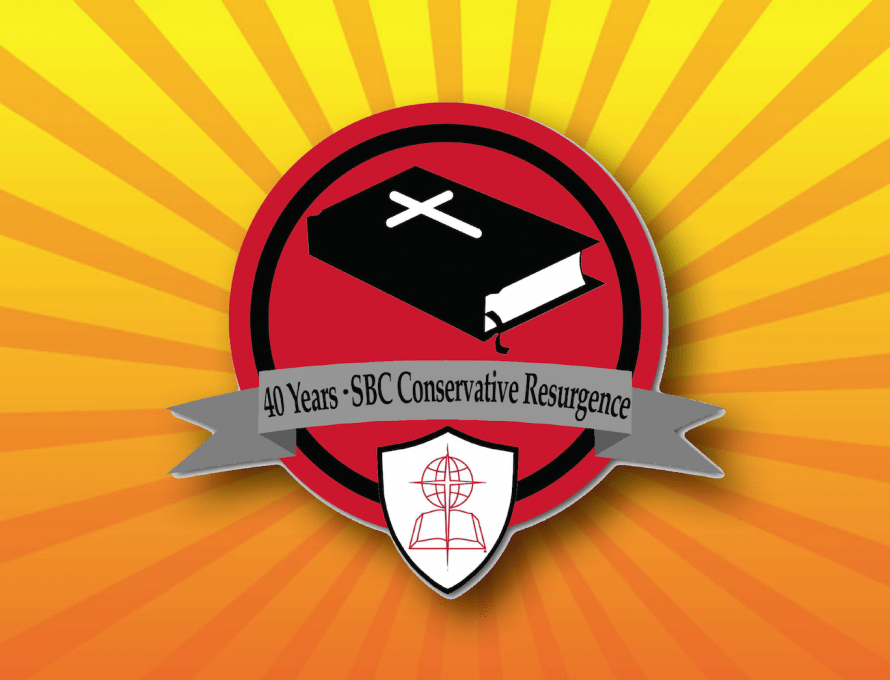 EDITOR’S NOTE: This is the ninth article in a year-long series, commemorating the history of the Conservative Resurgence of the Southern Baptist Convention (SBC) in honor of its 40th anniversary. To read previous articles, visit www.mbcpathway.com/ConservativeResurgence.

COLUMBIA – In 1973, Larry Lewis – then serving with the Baptist Convention of Pennsylvania – bussed college students from around the state to a Bible conference, where they heard from Morris Ashcraft, then a professor at the Midwestern Baptist Theological Seminary in Kansas City.

There, Lewis for the first time realized that the Southern Baptist Convention had radically drifted in its theology. As it turned out, roughly a year later, he would learn about a strategy for bringing about a theological course-correction in the denomination.

After graduating from Southwestern Baptist Theological Seminary in 1960, Lewis suspected no widespread problems in the SBC – despite having heard of the controversies surrounding Ralph Elliott’s Genesis commentary and, 10 years later, the Broadman Genesis commentary.

“Basically, I thought anything with the name Southern Baptist would be as pure as an angel,” Lewis, who currently serves as Director of Missions for the Mid-Missouri Baptist Association, told The Pathway. But then he heard Ashcraft’s presentation to Baptist students. For one thing, according to Lewis, Ashcraft admitted to students that he didn’t believe in a personal devil. Students pushed back against this claim, asking how Ashcraft could explain Jesus’ temptations in Matthew 4, if he didn’t believe in a personal devil. (In 1958, Ashcraft was fired alongside other alleged liberals from the Southern Baptist Theological Seminary, and after serving at Midwestern Seminary for 22 years, became dean of theology at Southeastern Baptist Theological Seminary from 1981-1988.)

“Well,” Lewis remembered him saying, “you know, the Bible is a good revelation. Sure, it’s trustworthy. But it’s not a perfect revelation.”

He went on to explain that Jesus, the Word of God incarnate, is the only perfect revelation, and Scripture is only true if it agrees with Jesus. So, for example, when the Old Testament says that God commanded the Israelite army to wipe out whole cities – women and children included – that can’t be true, since the same Jesus who loved and died for sinners would not command people to be slain.

Like other liberal and moderate professors in the SBC’s seminaries, Ashcraft claimed support from the Baptist Faith & Message 1963, which set Jesus Christ as the ultimate “criteria” for interpreting the Bible. Therefore, by this standard, not every part of the Bible can be literally true, he argued.

According to Lewis, this qualification gave liberals “an escape hatch” for affirming the BF&M 1963, while rejecting the Bible’s complete truthfulness.

“So somewhere in that hour,” Lewis recalled, “I went from believing that anything with the name of Southern Baptist on it was as pure as an angle to believing that we were not going to survive the 20th-century as a conservative denomination if this man – not just some preacher out there in the backwoods, but the dean of theology – if that’s what he believed.

‘A cancer in our denomination’

By the time Lewis came to this conclusion in 1973, other conservatives in the SBC were joining together to stand against the convention’s theological drift, forming the Baptist Faith and Message Fellowship that same year. They gathered for the first time at First Baptist Church, Atlanta, where a strong conservative – the now famous Charles Stanley – had recently taken up the mantle as senior pastor.

Frustrated that SBC agencies tolerated liberalism, members of the fellowship committed themselves to promoting the confession, as stated in the BF&M 1963, that Scripture is “truth without any mixture of error.”

“We have a cancer in our denomination,” wrote William E. “Bill” Powell, the editor of the fellowship’s publication, The Southern Baptist Journal. “This cancer is that a small handful [of teachers, writers, and leaders] believe that the Bible contains serious errors. This cancer will destroy our great denomination unless it is removed.”

But, Powell added, “There will be enough Baptists to rise up and help remove these liberals from our payrolls and places of leadership.” Two years later, he warned Southern Baptists that the “liberals are taking control while the conservatives are only taking a stand.”

Conservatives, he urged, “must take action!”

According to Lewis, Powell himself would play a central role as conservative Southern Baptists sought to take action.

“The one guy, I think, more responsible for, more influential in the Conservative Resurgence than anybody else was William E. Powell,” he said.

Not only did Powell expose the SBC’s cancer of liberalism through his work with The Southern Baptist Journal, but he also devised an action plan for taking control out of the hands of the liberal minority in the convention.

In 1974, Lewis returned to his home state of Missouri to serve as the pastor of Tower Grove Baptist Church, St. Louis, which at that time led Missouri Baptist churches in the number of baptisms. Shortly afterward, he met with Powell, who told Lewis that conservative pastors must stand up and taken action.

“Well, Bill,” Lewis said, “the only thing I know we can do is try to elect a strong conservative SBC president.” Then, according to Lewis, Powell explained his plan for restoring conservative leadership in the SBC.

Lewis recounted their conversation: “He said, ‘We’ve been doing that forever. We’ve had Criswell, we’ve had R.G. Lee, we’ve had Jayroy Weber – all down the line. They were all inerrantists, they were all conservative, but they hadn’t changed anything.’ He said, ‘You’ve got to elect a conservative who is determined to do something about the liberals. We’ve never had that.’

“Well I said, ‘Bill, there’s not anything a president can do, really.’ I said, ‘It’s the agencies and the presidents, the leaders of those agencies, that call the shots and make the difference.’

According to Lewis, Powell also shared this plan for action not only with Conservative Resurgence leaders Paul Pressler and Paige Patterson, but also with Adrian Rogers. Having taken up the mantle as pastor of Bellevue Baptist Church, Memphis, Tenn., in 1972, Rogers would become, in 1979, the first in a series of conservative SBC presidents who used his appointment privilege to fight liberalism and promote the denomination’s commitment to the inerrancy of Scripture.

In his autobiography, A Hill on Which to Die: One Southern Baptist’s Journey, Pressler commended Powell for showing conservative Southern Baptists a strategy for turning their convention around.

“[T]he conservative movement owes a tremendous debt to Bill Powell,” Pressler wrote. “Without his diligence, his research, and his tenacity, the movement never would have gotten under way. …

“One of my real regrets,” he added, “is that Bill Powell did not see the triumph of the movement which he initially led. Bill contracted Alzheimer’s disease and never knew of the great victories. Only in heaven does he know what his sacrifice accomplished.”

Because of the onset of his health problems, Powell resigned as editor of The Southern Baptist Journal in 1985, a month before he turned 60 years old. After 15 years of struggling with Alzheimer’s, he died at the age of 74 on March 9, 2000 – only a few months before Southern Baptists reaffirmed their commitment to biblical inerrancy by approving a new revision of The Baptist Faith & Message.