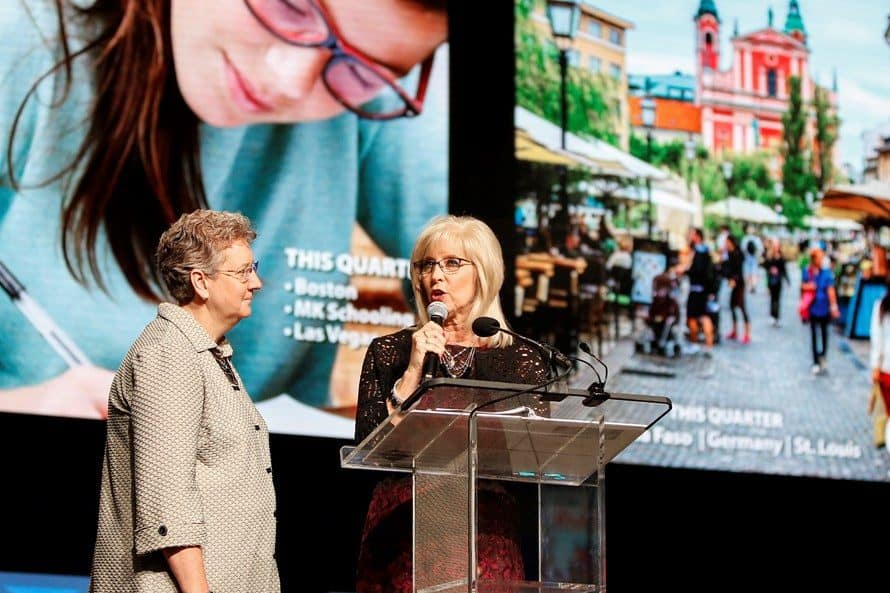 BIRMINGHAM, Ala. (BP) – The stage is set in Birmingham, Ala. – the home of Woman’s Missionary Union (WMU) – for a missions experience “like none other,” the group has announced.

With the theme “Pursue,” participants will hear stories of how individuals have pursued God and accounts of how God has pursued them, all the while considering ways the idea of “pursuit” applies to their own lives. The WMU Missions Celebration and Annual Meeting will be held June 9-10, prior to the 2019 Southern Baptist Convention Annual Meeting in Birmingham.

“This year I’m praying your missional journey will lead you to our hometown for a time of renewal and encouragement through inspiring missionaries, worship and reuniting with other WMU family members,” said Linda Cooper, president, national WMU.

On Sunday, June 9, the WMU Missions Celebration will kick off at The Church at Brook Hills located at 3145 Brook Highland Parkway in Birmingham, which is less than two miles from national WMU headquarters. Sunday’s celebration will consist of two general sessions, one at 3 p.m. and the second at 5 p.m., with a dessert party and light refreshments in between.

Attendees will hear from missions leaders including Nik and Ruth Ripken who have served around the globe with the International Mission Board (IMB) for more than 32 years. Their focus is on expanding the Kingdom of God by sharing truths and practices learned from believers in persecution.

Born in South Korea, Hun and Eunjoo Sol immigrated to the U.S. where they planted and served in Korean churches for more than 18 years. Since 2012, they have served with the IMB among East Asian peoples, and are currently serving in South Korea.

Philip and Jummai Nache, church planters serving in Minneapolis, Minn., with the North American Mission Board, have now started two churches in the Twin Cities. Philip left his home of Nigeria in 2010 to attend seminary in the U.S. Soon thereafter he was approached by a group of South Sudanese living in Minneapolis who wanted help starting a church.

Attendees will hear how God is blessing the couple today as they have opportunities to make disciples in Minneapolis, home to more than 100,000 African refugees and immigrants.

In addition to these and other missionary speakers, participants will enjoy a time of worship and hearing from national WMU presidents emerita and national Acteens panelists.

On Monday, June 10, the Missions Celebration continues beginning at 9 a.m. at national WMU located at 100 Missionary Ridge, with 131 missions activities planned for both inside and outdoors.

“We are filling every square inch of space with a tremendous variety of missions experiences for all ages,” Wisdom-Martin said. “As we celebrate 131 years of missions involvement through WMU, we are excited to offer 131 options throughout the day.”

A full schedule of activities and details will be posted soon at  wmu.com/birmingham.