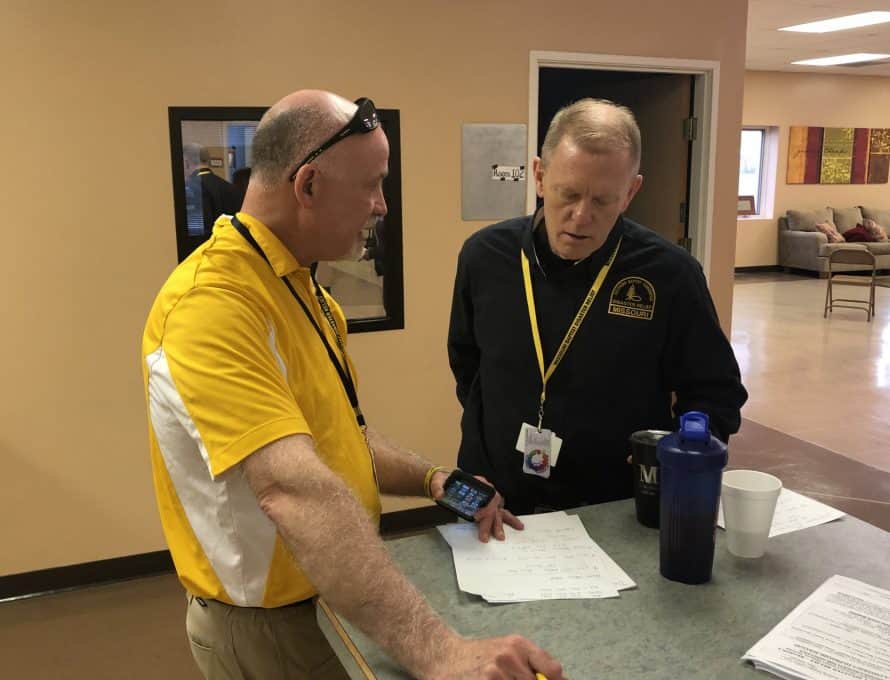 JEFFERSON CITY – Missouri Baptist Convention staff member Tony Boes huddled in the basement with his wife and children after 11:00 p.m. last night, May 22, as a tornado passed by their home. Their electricity shut off just as the tornado passed by. 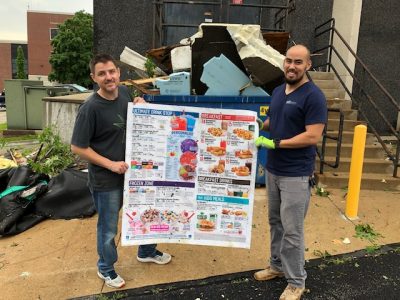 “Everybody says (a tornado) sounds like a train, and that’s exactly what it sounded like,” Boes said.

The tornado, according to the Jefferson City News Tribune, followed “U.S. 54 from Eldon through Brazito in Cole County and into the Jefferson City.” It was one of dozens of tornadoes that reportedly hit the Midwest as a line of storms moved across the region last night. Three deaths were reported in the Golden City area of Barton County. Numerous injuries were reported in Jefferson City, although no fatalities have been reported. The National Weather Service out of St. Louis categorized the Jefferson City tornado preliminarily as an EF3. Missouri Baptist Disaster Relief (DR) is assessing the situation around the state to provide help and hope to Missourians affected by the storm.

After the storm, Boes saw that a fallen treetop blocked their driveway, and debris lay around their yard. A large fir tree in their backyard was uprooted. Otherwise, their house and their immediate neighbors’ houses were undamaged by the storm.

“A block over,” Boes added, “it was pandemonium.”

The next morning, after taking photos of the area for a Missouri Baptist DR assessment, he wrote, “I’m so thankful for God’s protection.” It had been a close call for him and his family.

A close call for Baptist Building

It was a close call, likewise, for the MBC’s building in downtown Jefferson City. The building came out of the storm unscathed, according to MBC Support Services Group leader Joe Ulveling. No windows were blown out, and the roof and interior of the building were undamaged. But, starting only a block east from the building, the storm felled trees and left massive damage to buildings.

Currently, the Baptist Building remains without power and is closed. 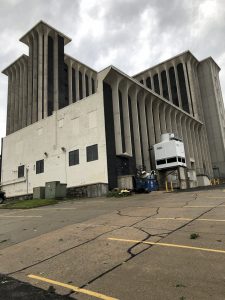 JEFFERSON CITY – A tornado passed by only a block or two away from the Missouri Baptist building here, May 22. But the Baptist Building itself was unscathed.

This morning, as Ulveling and his team assessed damage at the Baptist Building, Missouri DR volunteers began to assess damage across the state. According state DR director Gaylon Moss, the situation is in flux as DR receives more information from around the state where help is needed.

Although Memorial Baptist lay near the path of the tornado, the church was undamaged, Pastor David Newton said. The electricity was on at the church this morning, although many other areas are still without power. “Most of the areas around the church,” he added, “are damaged.”

Newton told The Pathway that he’s happy that Memorial Baptist could open its doors to assist DR efforts in the area.

“This is the sort of thing you can’t say no to if you want to imitate Christ,” he said. “ … We should be a place where people find relief.”