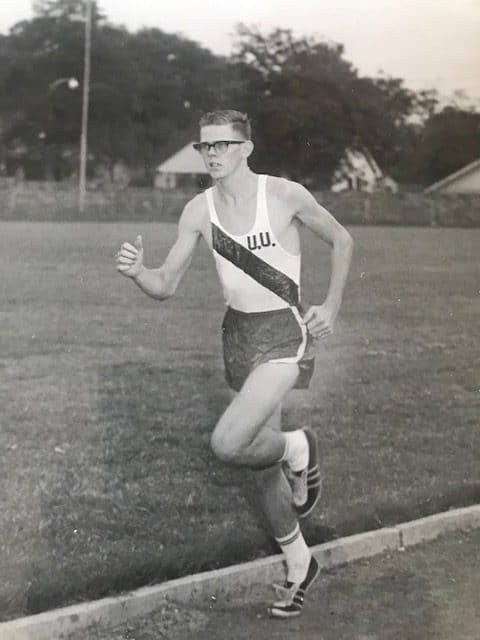 FULTON – Ron Baker never intended to run. But God had other plans, and so Baker, a long-time Missouri pastor, ran. Looking back, Baker  said he sees clearly how his accidental foray into running prepared him to – in the words of Paul in his letter to the church at Corinth – run the race to win the prize.

In the early 60s, Baker was part of a new fraternity on the campus of Union University in Tennessee. Desperate for a little recognition, his brothers pushed him into competing a mile race around the track to win a little glory for their new organization.

But he gave in and ran anyway. He finished in second place, and caught the eye of the track and field coach. He told Baker to try out for the team the next week, and Baker was off to the races. 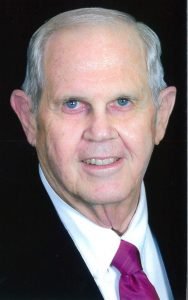 His first race, he clocked a time of four minutes and 34 seconds in the mile, good for fourth place; not bad for a beginner. He later finished fourth in the conference in the mile. The next year, he won the conference championship. By the end of 1964, he was the top runner on his team; he broke the school record several times in the half-mile (though Union refused to give him the record, since he didn’t win the race overall). In his final race of that final season he ran the half-mile in 1:58.0, beating the previous record by 1.7 seconds and finished first, thus cementing the school, track and conference record.

Not bad for someone who had to be goaded into running the first place.

“I didn’t know I could run,” Baker said. “I was too small for football and too short for basketball. I knew there was a track team, but it was far as I knew it was just for sprinters and field events, and I wasn’t either one of those. I never got any encouragement to try, so I didn’t try.”

Equipped to Run the Race

During his freshman year in 1961, before he was pressured into that first race, Baker surrendered to God’s call to preach. His friends were skeptical, knowing his personality and that he was far from outgoing.

“I knew that if God had called me, He was going to equip me,” he said.

Training and competing did just that.

“Running track and cross country helped me become more outgoing and more confident,” Baker said. “I also learned that you can only run as good as you practice, and you’re making and honoring commitments to others on your team. You had to do your very best every time you went out, even though there are times you want to quit. Those lessons really helped me prepare for ministry.”

Baker went on to study at Southwestern and Midwestern Baptist Theological Seminaries. He pastored churches in Kennett, California, and Fulton, Mo. He is also a member of the Properties Board of the Missouri Baptist Children’s Home. He retired in 2016, and now he and his wife, Donna, worship at Concord Baptist in Jefferson City.

April 12, he was inducted into the Union University Sports Hall of Fame.