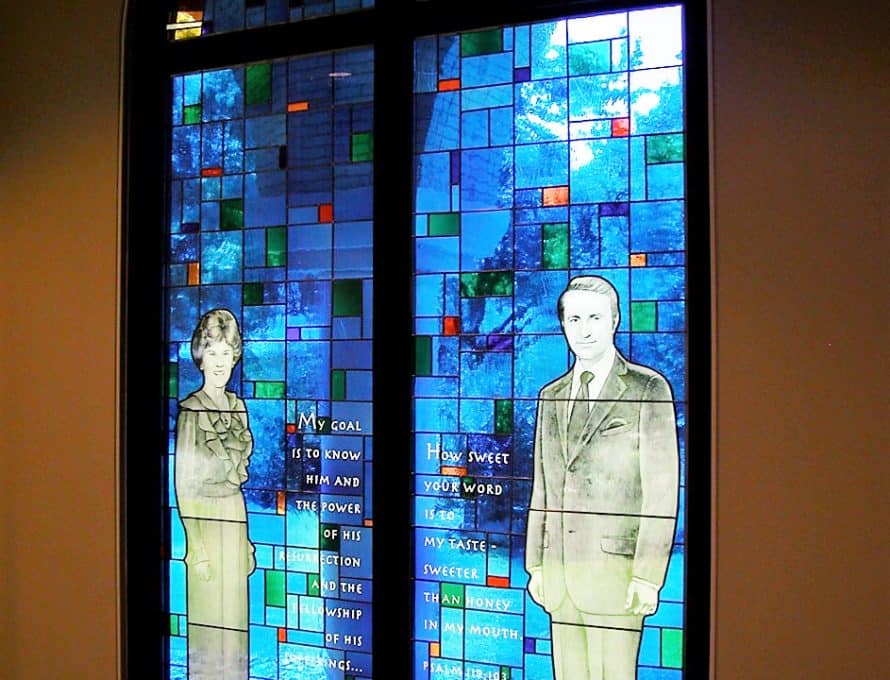 “We are working with donors on future plans for the windows,” Colby Adams, SWBTS vice president for strategic initiatives, told Baptist Press April 15.

The seminary has stated no official reason for the relocation, neither did an April 4 letter to donors signed by then SWBTS trustee chairman Kevin Ueckert.

Jimmy Draper, chairman of the Southwestern Advisory Council, is one of dozens of leaders the windows depict. He told Baptist Press today (April 15) that their removal and planned relocation are likely aimed at appropriately honoring a portion of SWBTS history.

“There has been such a sense that we needed to change the windows, that has existed for at least a year,” Draper, SBC Executive Committee presidential ambassador and president emeritus of LifeWay Christian Resources, told BP.

The J.W. MacGorman Chapel and Performing Arts Center has become a campus centerpiece, he said, and is probably not the best place to spotlight a small segment of the school’s history.

“I have mixed feelings about that, because I think the Conservative Resurgence was a very significant part of Southern Baptist life, but it was only … two decades, really, of the 111-year history of the school,” Draper said. “I do understand that. I’m not upset about” the windows’ relocation.

The Conservative Resurgence “was a unique period of time that we don’t want people to forget, but it needs to be remembered in an appropriate way,” Draper said, “and I feel that certainly the people involved will find a way to do that and we’ll move forward. I don’t think it’s something we need to get sidetracked on or distressed over.”

But David Brumbelow, whose family donated money for one of the windows, expressed concern about the school’s decision in an April 16th blogpost (Visit http://gulfcoastpastor.blogspot.com/2019/04/swbts-stained-glass-windows.html). The donation from the Brumbelow family went to a window honoring his father, Joe E. Brumbelow, who supported the Conservative Resurgence. He wrote that his family viewed it as “a way to represent the many, many small church pastors involved in the Conservative Resurgence.”

Brumbelow noted that, without the leaders of the Conservative Resurgence, Southern Baptists “would now be debating same-sex marriage, ordaining gays, abortion for any reason, and whether Jesus is the only way of salvation.”

He also noted that all of the windows were located, not in the chapel’s “sanctuary,” but rather “around the outside of the outer halls” of the building.

Brumbelow added that “numerous Baptists” have questioned Southwestern’s decision to remove the windows. They “have wondered if it is a disregard of the Conservative Resurgence, as well as an attempt to erase all traces of the falsely accused and much maligned Pattersons,” he said. “Many are disappointed the new administration and trustees have made no attempts at reconciliation.”

The letter from SWBTS announcing the windows’ relocation to donors noted: “After much prayerful consideration and discussion, we have concluded that it is in the best interest of the institution to remove and relocate the stained-glass windows,” reads a copy of the letter BP obtained. “The seminary will safely store the windows until we have a chance to discuss with you the next steps.”

Depicted on the windows are various deceased and living leaders and supporters of the period in the Southern Baptist Convention that promoted biblical inerrancy and truth.

BP is identifying the windows by the window titles on the website of Don Young Glass Studio, the windows’ creator and installer. Many windows honor more than one person each.