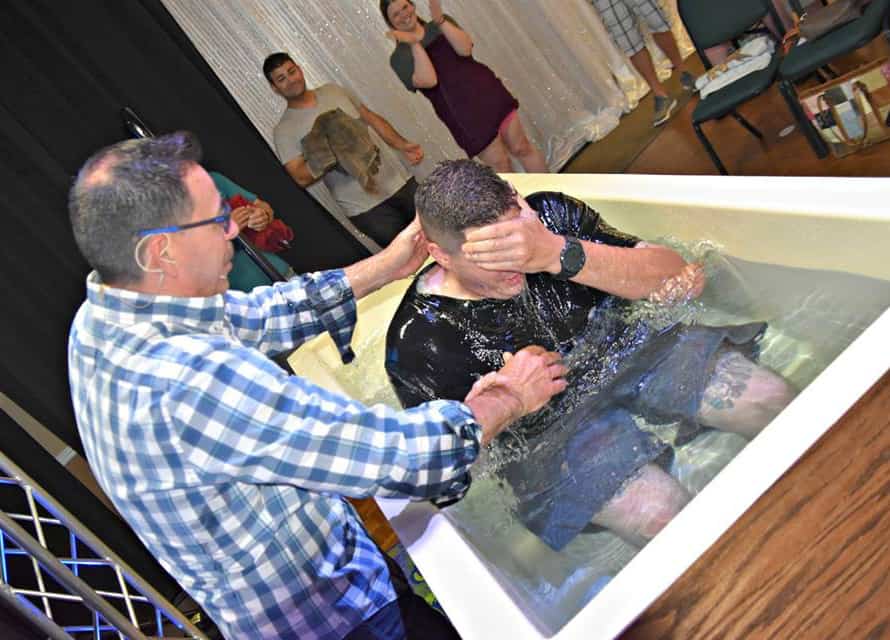 SPRINGFIELD – Real Life Church is smack dab in the middle of an under-churched community, right in the buckle of the Bible Belt: Springfield.

“For years this area had been dominated by Southern Baptists and other evangelicals,” Tim Fleener, pastor of the five-year-old church plant, said. “But only 17 percent go to church here.”

‘No, there are churches
on every corner.’

It’s those statistics that called Fleener to Springfield and Missouri. He and his wife planted several churches in Nebraska, but with most of their grown children and grandchildren living in Springfield, they longed to be closer. They couldn’t shake the calling that God had called them to plant in under-reached areas, however. When someone from the Missouri Baptist Convention called him one day and suggested planting a church in Springfield, Fleener balked.

“I told him, ‘No, there are churches on every corner,’” he said.

But as he looked at the statistics and prayed, he realized that the need was indeed great in Springfield, even if the ratio of churches to population is higher than in Nebraska. Just a few hours to the northwest, prevailing religious ideas preach a works-based salvation and legalism. In contrast, Fleener found a lot of people detached from church in Missouri who had a background in Christianity, but still no relationship with Jesus. Thus, Real Life Church was born.

The church started off meeting in Carver Middle School in Springfield before moving to an event center and finally to the former West Division Baptist Church on the north side of town.

“We did things so very differently in starting this church than any of the other churches,” Fleener said. “Times had changed, the culture was different, the city was bigger, expectations were different, and people seemed to have heard it all before.”

So Fleener went simple and focused on three ideas: reach, relate, and reproduce.

Their first big outreach event – a Trunk-or-Treat/movie night – brought in 250 people from the surrounding community.

“I think I was expecting about 50 people,” Fleener said. “We were just blown away. We hadn’t even had services yet.”

A few months later, they hosted an Easter egg hunt the day before their official launch in the spring of 2014, again with overwhelming crowds. Six families from that first event are still with the church today.

“We’re really out to reach the lost,” Fleener said.

When it comes to the relating, the church emphasizes community and discipleship through nine small groups. They champion a regular routine of getting into the Word of God and praying. About 60 percent of the church are part of small groups, but Fleener says they’re going to get total participation.

In the last year, 57 people accepted Jesus as their savior at Real Life Church. As those people grow in the Lord, that, Fleener prays, will lead to the reproduction of disciples.