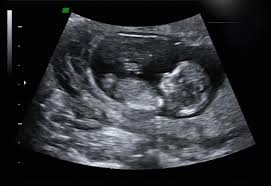 JEFFERSON CITY – Missouri’s “Heartbeat Bill” may provide the most expansive restrictions to abortion in the state’s history, if it passes the state Senate before the end of the legislative session, May 17.

House Bill 126, sponsored by Representative Nick Schroer (R-O’Fallon), was passed by the Missouri House of Representatives in February and was advanced by committee to the Senate earlier this month.

If approved by the Senate and signed into law by Gov. Mike Parson, HB 126 will implement three broad measures to protect the life of the unborn. First, in its original draft, the bill bans abortions when “there is a detectable heartbeat or brain function of the unborn child.” Often, the heartbeat can be detected by six weeks gestation. Moreover, the bill requires doctors to check for the baby’s heartbeat before performing or inducing an abortion.

Second, in the draft approved by the Senate committee, the bill establishes the “Pain-Capable Unborn Child Protection Act,” which forbids the elective abortions of infants that can feel pain. Increasingly, medical evidence suggests that babies can feel pain at least by 20 weeks gestation.

The third measure, also added by the Senate committee, is known commonly among advocates for unborn life as the “trigger ban.” Accordingly, the bill bans all abortions in the state – except those necessary to save the life of the mother – if and when the U.S. Supreme Court overturns the Court’s 1973 Roe v. Wade decision.

Missouri Gov. Mike Parson has already signaled his intent to sign HB 126, should it pass the Senate in the next few weeks.

“I applaud the bipartisan efforts of the [Legislature] for choosing to take a bold stand to protect women’s health and the right to life,” Parson said, according to a report on www.lifenews.com. “I am honored to lead a state with so many people committed to standing up for those without a voice.”

Missouri Baptists are encouraged to pray and contact their senators, urging them to pass HB 126. To find the contact information for your senator, visit https://www.senate.mo.gov/LegisLookup/default.aspx/leg_lookup.aspx.