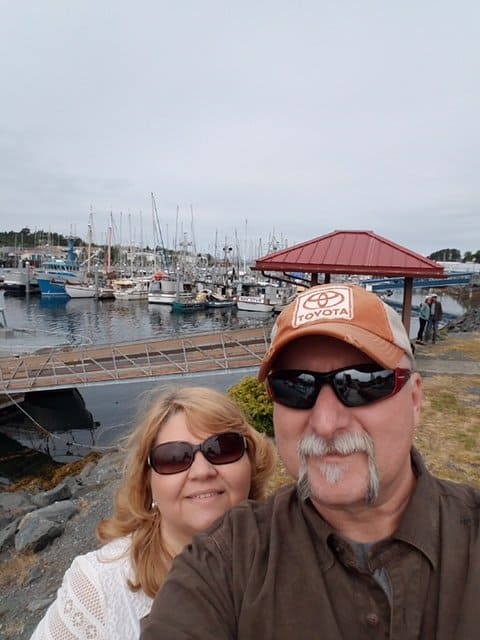 EDITOR’S NOTE: This article is an excerpt from the book, Why Not Me?: You Could Be A Bivocational Pastor. To learn more about the book, visit  http://www.lulu.com/shop/richard-nations/why-not-me/paperback/product-23933632.html?ppn=1.

CAPE GIRARDEAU – April Garner is the hero of this story. Her husband, Billy, is a pastor of a unique church reaching a segment of the population, some would dismiss. But he is able to minister to The Church of the Rescued and Redeemed in Cape Girardeau because April works full-time as an elementary school principal.

Now, make no mistake, Billy Garner is a hero too. He is pastor of a church reaching out to two segments of the community that tend not to be involved in most churches: bikers and addicts.

The church is a merger of the former Red Star Baptist Church and Rock and Roll Biker Church. They minister to people “in the cracks, on crack and full of cracks,” said Garner.

“We try to minister to people on the edge of life. Many people are living with messed up lives. Some are divorced, some are unemployed.”

He said they tell the people “It’s not about stopping something, but about starting something new.” Garner said, “People know they should stop doing these things, but we help them start a new relationship with Jesus.”

A banner stretched out in the church reads “No Perfect People Are Allowed Here: Come on in and make yourself at home.”

Not everyone who comes to the church rides a Harley Davidson. The pastor does. And a significant number of the church does. But many are troubled people, with “habits, hang-ups and hurts,” which is one of the slogans of their ministry called “Celebrate Recovery,” which meets on Wednesday evenings.

“And we already knew many of these people through the biking community” he added. He said some are wide open in acknowledgement of their problems and others are in total denial that anything is wrong.

But as interesting as all this is, the real story here is that Pastor Garner is able to minister here because his wife makes the majority of the wages for their family through her job as an educator.

April Garner was a school teacher, raised in a comfortable home. She married a rowdy 29 year old construction worker. He had been into drugs and drinking. He got saved, joined the church and eventually became a part-time youth pastor. Then one day he felt called to plant churches.

That became a point of crisis for the couple.

“We went up to a conference on church planting in Jefferson City,” Billy Garner said. It was for planters and their wives also.

“We had some sponsor churches helping us plant this church, but the sponsorship was starting to run out.” Money was getting tight.

He said at the conference they were told that church planting was kind of a part-time thing. There would need to be other sources of income. That didn’t seem like good news.

On the drive home they were headed toward St. Louis and they started talking about the sacrifices church planting would demand on their family. April blurted out “I want a divorce. I did not sign up for this!”

Stunned, Billy could not believe his ears. They were both crying.

She was feeling incredible pressure and didn’t know how to handle the financial stress she felt was being thrust upon her.

He said “We pulled into a rest area off the freeway south on I-55. It was like a giant wave of pressure was pushing us into the windshield of the car.” The spirit of God was dealing with both of them.

Before they got back on the road back to Cape, he said the Lord helped them adjust to the new life He had for them.

April looked at him and said “I’m sorry. I was wrong. God has called both of us into the ministry.” They hugged, cried and prayed together.

From that crucial moment, they have felt like it was a partnership in ministry.

Billy has pursued church planting and April continued to get advanced university degrees and has moved up in the education field. She will soon complete her doctorate degree in education administration and she has been serving as an elementary school principal for four years now.

He is quick to point out that she serves in the church preschool and children’s areas, leading and organizing ministries to children, which she is well-qualified to do. She is also writing a devotional book to be published next year

“She will be the chief breadwinner the rest of our ministry” Garner said. “God called her husband to be a church planter and she helps me be able to do that on a limited salary from the church.”

“I sometimes feel guilty that I’m not the chief breadwinner, “Garner remarked. He said “Most people think that is what the guy should do.”

But he concluded that, in reality, God is the breadwinner in their family. He uses the man and the woman in their unique ways to accomplish the ministry and take care of their family. ν