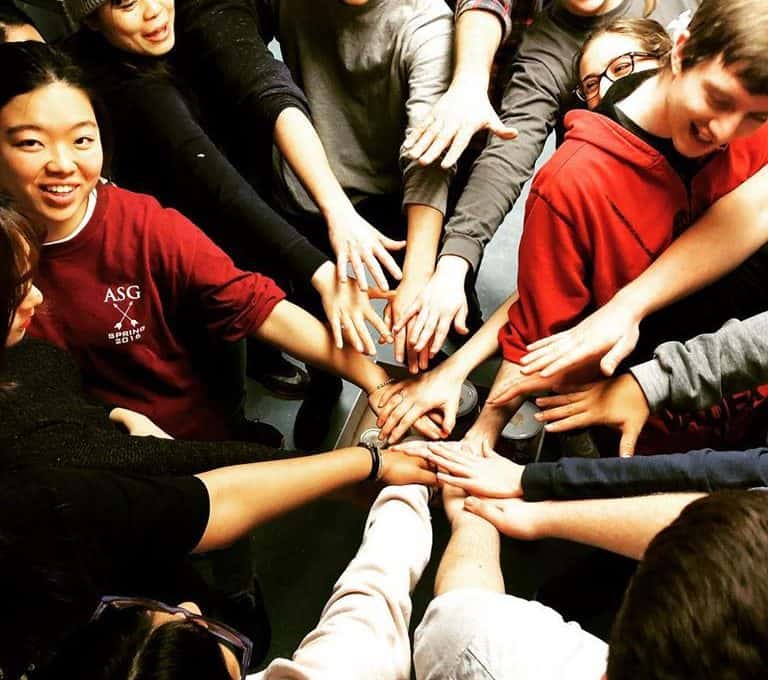 MINNEAPOLIS – Students from the BSU at Truman State University huddle together at the end of their mission trip here last month. Photo courtesy of Truman State BSU

MINNEAPOLIS – Sixteen students from the BSU at Truman State University in Kirksville served on mission here during their spring break last month.

During the trip, they packaged food that was sent to Sierra Leone, cooked and served meals for the homeless in downtown Minneapolis, painted several rooms in one of the largest homeless shelters on the north end of the city, packed and shipped medical supplies to help people in Africa, and helped to organize a food pantry for African refugees.

Those are incredible ways for students to share the love of Christ, BSU campus missionary Greg Xander told The Pathway. But this mission trip also had a unique twist. “Around half of the students who go (on the trip) are not believers,” he explained – at least, “not yet.”

Xander said he hopes that, as non-Christian students participate in these trips, they find “the life they were always created to live” in Christ Jesus. He also loves seeing a bond develop between the students. For example, after serving alongside each other to feed the homeless in Minneapolis, this mix of Christians and non-Christians would sit down together to enjoy a card game.

“Those to me are the things that are really exciting,” Xander said. “They (the Christian students) may not get to talk about the Gospel yet, but they’re earning the right to be heard.” So far, he added, none of the non-Christian students have professed faith in Christ. But Xander remains hopeful, having seen God change lives in previous years.

“We have had a couple (students) over the years who did give their lives to Christ after the trip – a Vietnamese girl and a man from China,” Xander said. “And hopefully we are planting seeds in so many of their hearts.”

Xander asks Missouri Baptists to pray for these students, as well as for all of the students he serves – especially as they face various struggles in life. He also asks that they pray for him, that he would be a faithful missionary for Missouri Baptists on this university campus. “We just try to live by faith, be known by love, and be a voice of hope in the wilderness of college.”

“We’re your missionaries,” he added, describing himself and his fellow campus missionaries throughout the state. “We’re always trying to connect students to the Body, to the churches.”