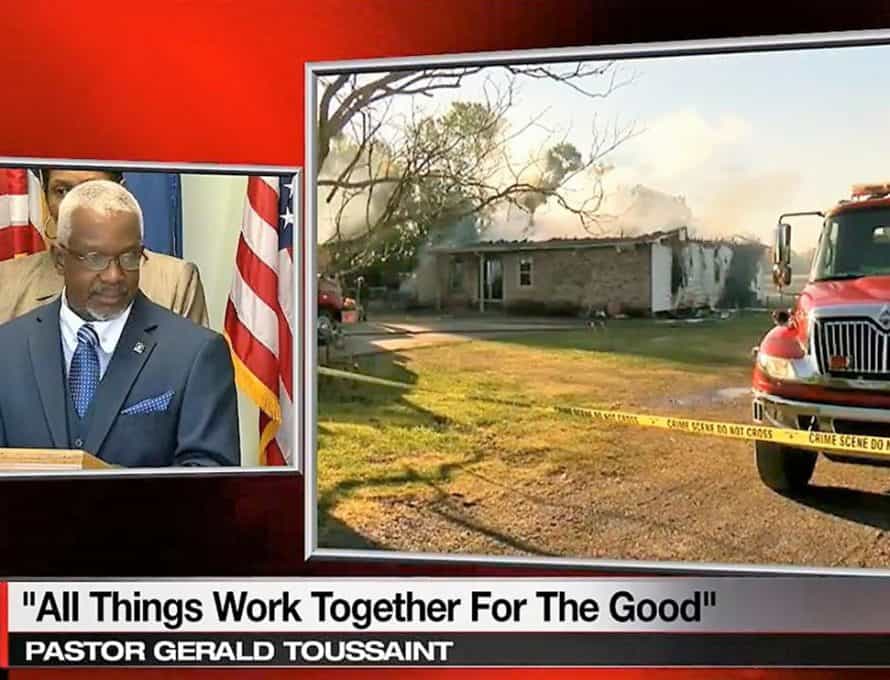 Holden Matthews, the son of a St. Landry Parish sheriff’s deputy, was arrested late yesterday afternoon (April 10) and charged with three counts of arson. No motive has been determined, but investigators are considering Matthews’ membership in a band that plays “black metal” music, a genre that has promoted church burnings in other countries.

“This was an attack on the house of God,” Louisiana State Fire Marshal H. “Butch” Browning said in a 10 a.m. press conference April 11. “Though the Spirit is still strong, the landmark has been destroyed. We took that very seriously in this investigation.”

Matthews is accused of burning Mount Pleasant and Greater Union Baptist churches in Opelousas, and St. Mary Baptist Church in Port Barre, all non-Southern Baptist congregations that each have served the small towns over a hundred years.

“At this time, the investigative team is still vetting several potential motives,” Browning said. “However, information investigators have uncovered, and that Matthews has offered, suggests a possible connection with a genre of music called ‘black metal’ and its associated history with church burnings in other parts of the world, which have been documented in movies and books.”

“I don’t know the motive of the guy who was arrested. I would hope that it was not racial, and at the same time I can’t think of a motive that I can accept,” Jenkins said. “It was an attack on God, more than it was an attack on anything.

“I just hope that with the arrest that it starts the process of healing in the community,” Jenkins told BP. “I always hate to hear about things of that type because I think we’re making such progress here in the state of Louisiana as far as race relationships, and things of that type have the effect of taking the scab off of a sore.”

Louisiana Baptists want to help the churches recover, Jenkins said. The LBC is working with associational mission strategists and hope to meet with an area ministerial alliance that serves the congregations to determine needs and desires, Jenkins said.

“I would like everyone to know that in my talks with the various powers within the Louisiana Baptist Convention, that we would like to help in this situation,” he said. “It’s important too that whatever we do, that we offer it in the spirit of Christian love and in solidarity with other Christians. It’s just a matter of our being able to make that contact and then figure out what we can do and the best way we can, according to how they want to be helped, if they need it.”

Gerald Toussaint, pastor of Mount Pleasant Baptist Church in Opelousas and a member of the Seventh District Baptist Association, thanked investigators for their work.

“We’ve suffered, but I think it has a cause, a higher cause,” Toussaint said. “Our country has to find out that the God we serve does not look on the outside; he searches the heart, and I believe the heart of these people is why we’re standing here today.

“We don’t represent hate,” he said. “We represent love, togetherness, peace, long-suffering, hope. And that’s what we’re here today to say to, not just to our community, but to our country.

“Be strong. Love one another. Be patient with one another,” said Toussaint, a bivocational pastor who leads two churches while working fulltime as a truck driver. “Help one another. Guide one another. Train up your children in the way they should go.”

At today’s press conference, the sacredness and perseverance of the Church, as well as its value to the community were hailed by pastors and local, state and federal officials who spoke.

“We had some very unique criminal investigators,” Browning said. Pastors provided prayer, a calming voice and served as investigative agents throughout the two-week investigation.

Each arson charge carries a maximum penalty of 15 years’ imprisonment.