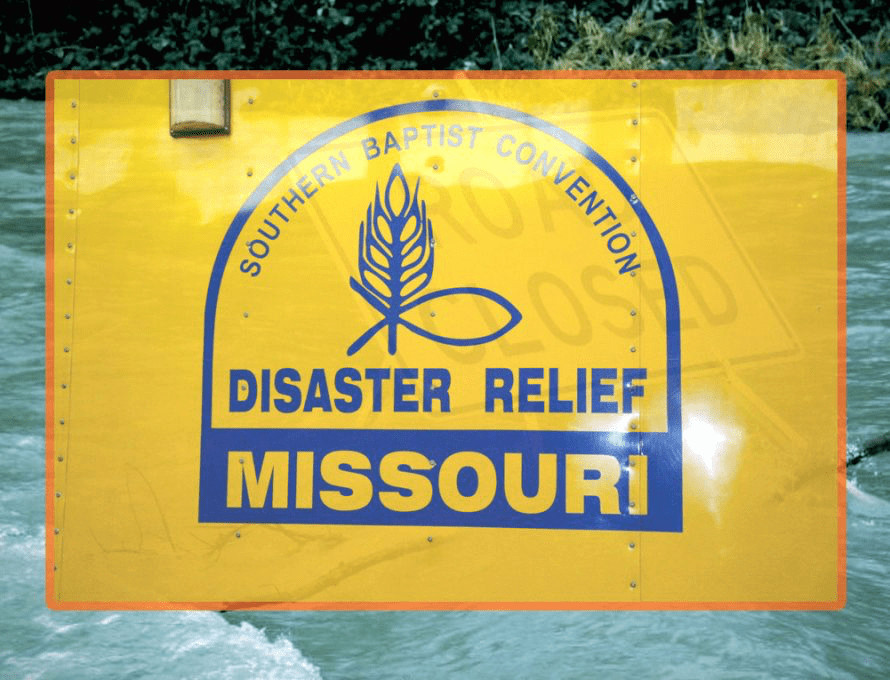 JEFFERSON CITY – Missouri Baptist Disaster Relief volunteers are responding to floods that are wreaking havoc in Northwest Missouri and across the Midwest.

Even before Missouri Gov. Mike Parson declared a state of emergency, March 21, Missouri DR workers were on the field in St. Joseph, where they helped with sandbagging to prepare for increased flooding.

Missouri DR leaders reported in a March 23rd Facebook post that volunteers were already meeting shower and laundry needs in Fremont, Neb. Meanwhile, in Northwest Missouri, DR chaplains served “a group of displaced residents.” Additionally, plans are being made to send flood recovery teams to these areas once the waters recede. Teams will be needed for several weeks, according to the Facebook post. (To access Missouri Baptist DR’s Facebook page, visit www.facebook.com/MOBaptistsDR.)

According to Baptist Press, several hundred Southern Baptist Disaster Relief volunteers are preparing to “put themselves in the offering plate” by responding over the next two months to Midwest floods that have killed four people and displaced thousands from their homes, SBDR national director Sam Porter said.

DR units from at least 10-15 Baptist state conventions will be involved in flood relief across Iowa, Nebraska, Michigan, Kansas and Missouri, Porter told Baptist Press. DR operations will focus on mudout work for flooded houses but also include feeding, shower and laundry units.

“It truly is almost like a hurricane in the middle part of the country without the wind,” Porter said of the “bomb cyclone” storm that triggered flooding in mid-March. “It’s just devastating and destroying homes by the hundreds.”

“It’s going to take a lot of people” to complete the recovery, Porter said. But “Southern Baptists have people from coast to coast” ready to “put themselves in the offering plate and say, ‘God, here I am. Use me.’”

In Iowa and Nebraska, mudout teams already have begun cleaning out flooded homes near creeks and tributaries, where water has receded. However, most DR efforts likely will begin in earnest next week after flooding from major waterways begins to recede.

In Nebraska alone, at least 250,000 people have been displaced from their homes, Porter said. At least 74 Nebraska counties have issued emergency declarations, according to media reports. Iowa has declared 41 counties as disaster areas.

SBDR leaders are attempting to establish five or six operation centers in Iowa and Nebraska, out of which relief work can be based.

In Michigan, DR workers with the Baptist State Convention of Michigan have begun responding to about 100 flooded homes with cleanup operations, the convention reported March 20 on a DR conference call.

Flooding may worsen in Kansas and Missouri as floodwaters in the Missouri River move south, according to media reports.

Porter urged all Southern Baptists who want to help to volunteer through the DR directors of their state conventions.

“I hope that … we can literally call out thousands of Southern Baptists,” Porter said. “We don’t need everybody next week, but we’re going to need as many as we can get the next two months because it’s going to take a long time to help people that have no insurance to restore their homes.”