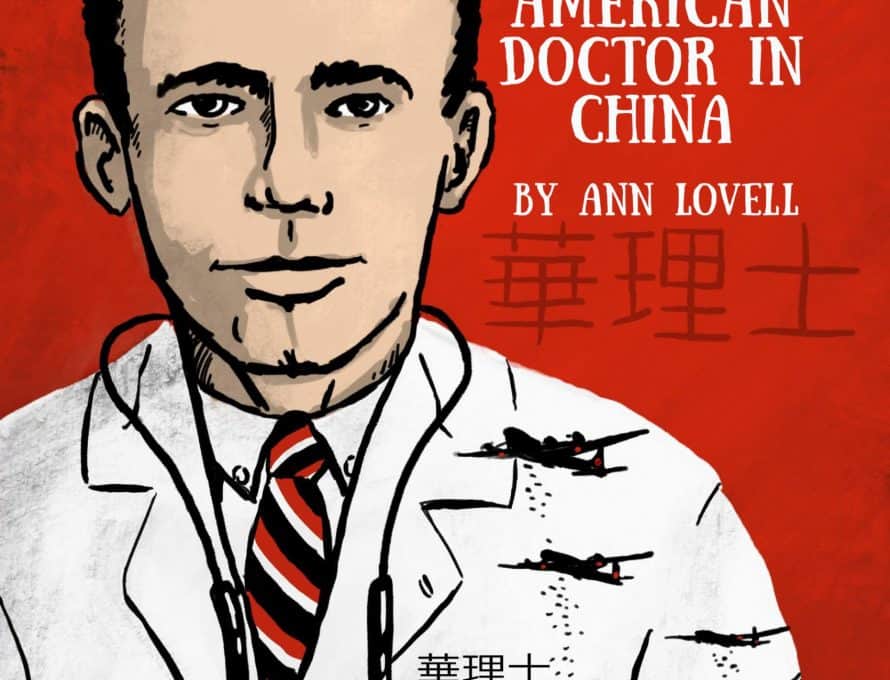 KNOXVILLE, Tenn. (BP) – A new children’s book on the life of Bill Wallace, a Southern Baptist missionary doctor in China from 1935 until his death in 1951, has been released, with a foreword by IMB President Paul Chitwood.

BILL: An American Doctor in China by Ann Lovell, written specifically for fourth- to sixth-grade readers, is based on the 1963 book “Bill Wallace of China” by Jesse Fletcher.

Wallace served in Wuzhou, now a city of 3 million in southwestern China, until his death in a communist jail cell in 1951. The book is in the top 25 on Amazon in the children’s religious biography category, having debuted at No. 1 on Feb. 13.

Chitwood, writing in the foreword, reminded kids that missionaries are “regular people who are on mission with God and their mission field is overseas…. Without them, entire countries of people will miss out on the good news about Jesus.”

“In many parts of the world, there are no churches or Christians to tell the good news about Jesus,” Chitwood continued. “Many missionaries travel to dangerous places and make huge sacrifices in order to answer God’s call and share the good news with those who haven’t heard. Bill Wallace was one of those missionaries.”

John Green IV, lead pastor of Wallace Memorial Baptist Church in Knoxville, Tenn., which was started and named for Wallace in the early 1950s, said Lovell has “captured the fascinating story of Bill Wallace for a new generation of readers. May her work inspire them to live for Christ and take the Gospel to the ends of the earth as Dr. Wallace did.”

Wallace Memorial pastor emeritus Jim McCluskey agreed: “Ann’s work is moving and accurate. The style is punctual and clear. It brings this inspirational story to life for a new generation.”

From the moment Wallace, a Knoxville native, arrived in China, the country was at war or threatened by war, first from the Japanese and then from communist forces. Through every challenge, he and the staff of Stout Memorial Hospital loved and cared for the people.

With the start of the Korean War in July 1950, communist forces began a campaign against “American imperialists,” denouncing Americans in rallies as “exploiters.” The problem in Wuzhou was that the only American most of the Chinese knew was Bill Wallace, whose life made the charges against Americans seem ridiculous. The communists knew the only way to discredit America was to discredit Wallace.

On Dec. 18, 1950, Wallace was arrested and falsely accused of espionage. Over the next several weeks, he was tortured by his captors. He died in prison on Feb. 10, 1951. Although the communists forbade Chinese Christians from marking the grave, they later returned and built a small monument inscribed with the verse that defined Wallace’s life: “To me to live is Christ” (Philippians 1:21).

Lovell, a former IMB missionary who is donating all proceeds to the Lottie Moon Christmas Offering for International Missions, served 13 years in Southeast Asia and four years on the IMB communication team in Richmond. She grew up in Knoxville, was a member of Wallace Memorial Baptist Church and read Jesse Fletcher’s version of the Bill Wallace story.

“I read Bill Wallace of China when I was 12 or 13,” Lovell said. “I was intrigued and inspired by his life, especially since he grew up in my hometown. I also credit Jesse Fletcher – through the Bill Wallace book – with sparking my interest in becoming a missionary writer. My prayer is that this version of Bill’s story will ignite the imaginations and calling of a new generation of kids.”

The book is available on Amazon and also will be available at Wallace Memorial during their March 16-17 Green Light Missions conference.