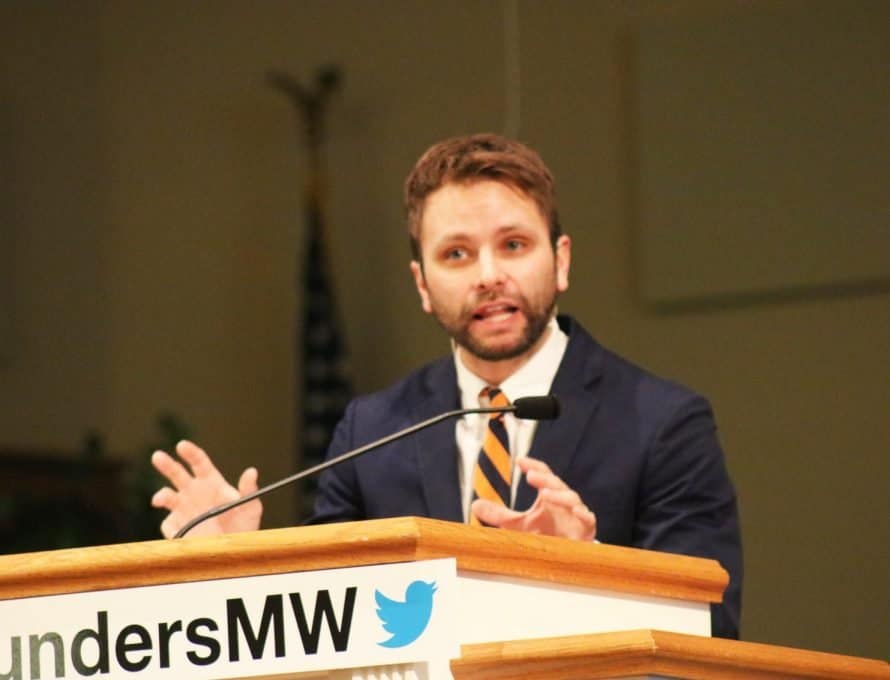 FENTON – Facebook users can now choose among more than 50 gender options when setting up their account, Owen Strachan told participants of the Founders Midwest Conference gathered at the First Baptist Church here, Feb. 26-27. Among the gender options, he added, is the “felisgender,” which is described as a “small, cat-like gender.”

These gender options are symptomatic of a “confused age,” when young people are called upon to be part of a “great human identity project that no one else can speak into and no one else can form,” said Strachan, professor of Christian theology and director of the center for public theology at Midwestern Baptist Theological Seminary. By contrast, the Bible sets out God’s design for human identity, and Christians should defend and live by this biblical truth, Strachan said.

“We must ground our identity in God’s design,” he said, describing the biblical model of human sexuality and the family. Like those who stood for truth during the 16th-century Reformation and during the 20th-century Conservative Resurgence in the SBC, 21st-century Southern Baptists must now commit themselves to the Christian doctrine of human nature, human identity and human sexuality.

“This is your moment to be a part of confessing, standing for, and promoting the truth of God,” Strachan said. “This is the time for God’s people to say (to the false teachings of culture), ‘Not on our watch.’”

Strachan was joined at the conference by another keynote speaker – namely, the well-known theologian and former Southern Baptist seminary professor Tom Nettles, who shared in three messages from Colossians 1-2, Hebrews 1-2 and Ephesians 1:1-14. In conclusion, Nettles told his audience that these passages should give Christians “a deep assurance that God has called us to be participants in something that arises out of His very nature, … not only by being the redeemed ones, but also … by being the ones preach the (message of) salvation and see people believe.”

Founders Midwest is a regional conference that strives to encourage, educate, and edify Midwest Baptists from theological, historical, and practical perspectives.