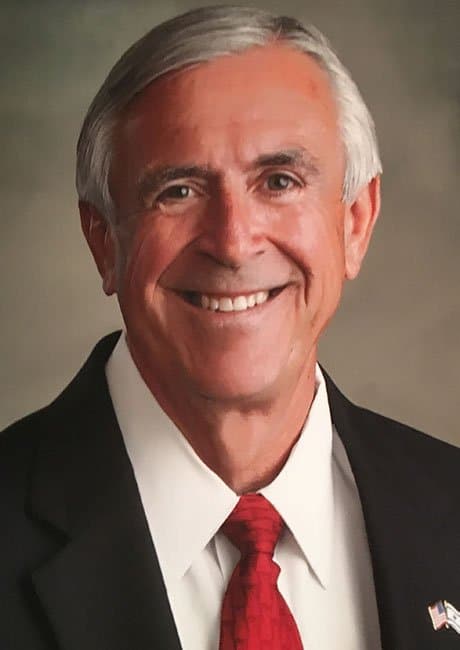 EDITOR’S NOTE: The author of this article, G. Richard Hastings, serves as president & CEO of the Saint Luke’s Health System, which grew from a single hospital in Kansas City to an 11-hospital system covering western Missouri and eastern Kansas. Numerous clinics and subsidiary organizations also were established. During Hastings’s leadership, Saint Luke’s won numerous quality awards, including the prestigious Baldrige National Quality Award from the National Institute of Standards and Technology in the U.S. Department of Commerce. Hastings co-chaired the last Billy Graham Crusade in Kansas City and is a trustee of Midwestern Baptist Theological Seminary.

KANSAS CITY, Mo. (BP) – In the 1990s, Promise Keepers (PK) became a Christian phenomenon reaching tens of thousands of men through the ministry of Bill McCartney, former coach of the University of Colorado football team.

Promise Keepers’ purpose was to evangelize men to become believers in the Messiah and better husbands and fathers. While incredibly successful, it had detractors who claimed that its message and attitudes were misogynistic and homophobic. In the context of the PK event in Kansas City, my faith and effort to live my faith in my profession were seriously tested.

The first was a letter from a group of individuals who called on my board of directors to fire me because they opposed my involvement in Promise Keepers as well as the Promise Keepers movement itself. It came in response to a Kansas City Star article in which I was widely quoted even though I was not part of the local PK planning but was the leader of the third-largest business in Kansas City at the time. Television and radio stations enlarged the story so that it became a far larger issue than one believer living his faith.

To the credit of my board, I was notified of the letter. Over the next few days prominent members of the community and members of the medical staff offered different solutions, ranging from “toning down” my comments to withdrawing my support of Promise Keepers.

As a rather young person in my position, I was concerned about my job, but as a believer with growing Christian influence, I turned to my answer for most things, God’s perfect Word.

I went to God in prayer for advice for this dilemma between my profession and family and my responsibility as a Christian. I opened my Bible and the first verse my eyes dropped to was 1 Peter 3:13. I read through verse 19 and couldn’t help but know that God already had the answer for me. Despite having read the Bible many, many times, it was as if I never had seen these verses before.

It started: “Now who is there to harm you if you are zealous for what is good?” Further: “But even if you should suffer for righteousness sake, you will be blessed.” My first question was how could that be since I was already being harmed, and I questioned how this attack could be a blessing. But in the days to come, verses 13-19 were prayed over and over.

First, I shared this attack with my wife as this had the potential of impacting our financial livelihood as well as our children’s lives. We prayed over how to react. Isaiah 49:25b gave us the answer: ” … for I will contend with those who contend with you and I will save your children.” While we were still nervous, God had given us the assurance we needed. But this was more than about my career and supporting my family.

I also talked to my accountability group, all godly men in leadership positions. We discussed those verses as well as others including Matthew 5:10-12 in the Beatitudes about those who are persecuted for their faith. My walk with Jesus had already made it clear that I was to “keep on keeping on” but I needed the advice of good counsel on how to make God’s words relevant to those who were challenging me. How was I to use the situation to expand the Kingdom? How do I respond in my words along with my actions?

My Christian brothers seemed to push me to focus on 1 Peter 3:15: “… but in your hearts honor Christ the Lord as holy, always being prepared to make a defense to anyone who asks you for a reason for the hope that is in you; yet do it with gentleness and respect.” How to explain my faith to all the groups I needed to respond to was the challenge.

I prayed over my answer for days. The answer to my accusers came from Romans 12:17: “Repay no one evil for evil, but give thought to do what is honorable in the sight of all.” Verse 18 went on: “If possible, so far as it depends on you, live peaceably with all.”

So I contacted those who had demanded my job and asked to meet with them. All but one decided not to meet with me but a few of them later became good friends and I never asked why they took their action. I did talk with one physician, a psychiatrist, who seemed to focus on the incorrect opinion of the Rev. Susan Helm-Davis of Hillside