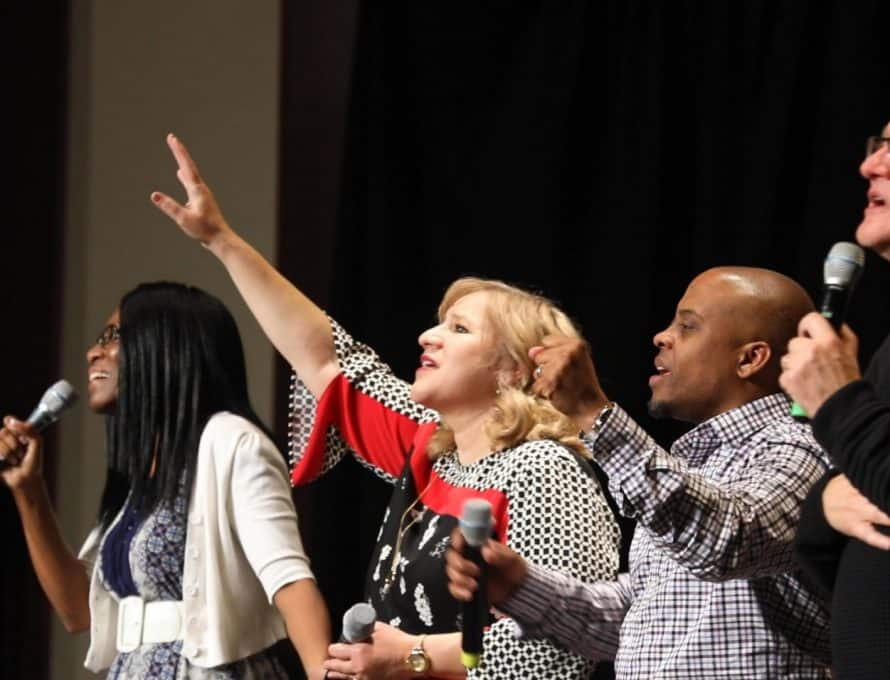 KANSAS CITY – Practical, pragmatic and usable were the watchwords of the 2019 Great Commission, as Missouri Baptists gathered on the campus of Midwestern Baptist Theological Seminary, Feb. 21-24, to focus on multiplying disciples. Each of the sessions from the Great Commission Conference are available to watch at www.facebook.com/mobaptist. 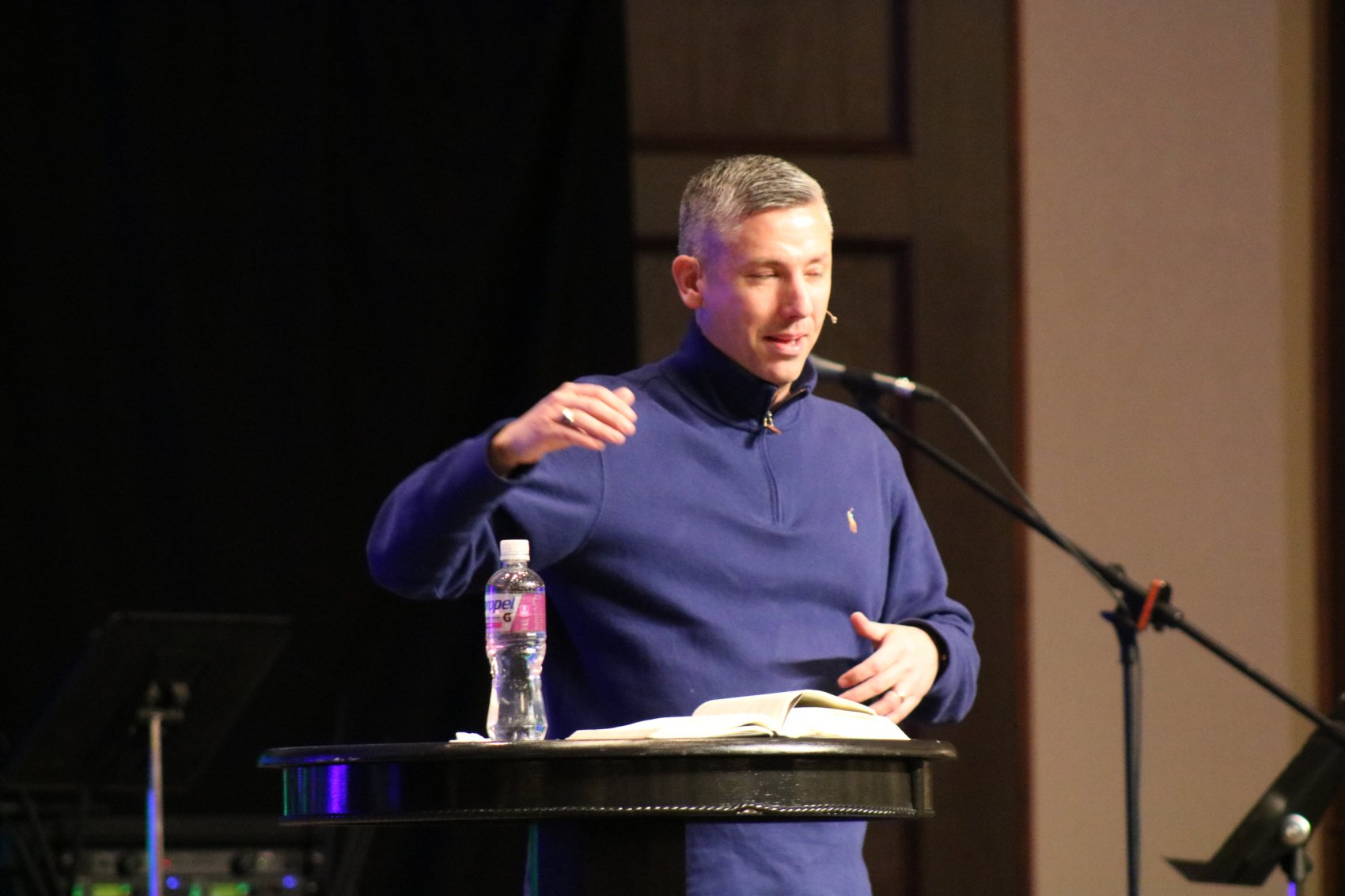 Dan DeWitt gave attendees straight-forward “imperatives” for sharing the gospel with skeptics. DeWitt, associate professor of applied theology and apologetics at Cedarville University, drew on experiences from pastoring a campus church at the University of Louisville.

“As we live in a world of constant conflict between skepticism, atheism and Christianity, how can we be faithful to share the gospel in a winsome way that is faithful to Scripture and the Great Commission,” he asked. His suggestions included:

• Present yourself as humble 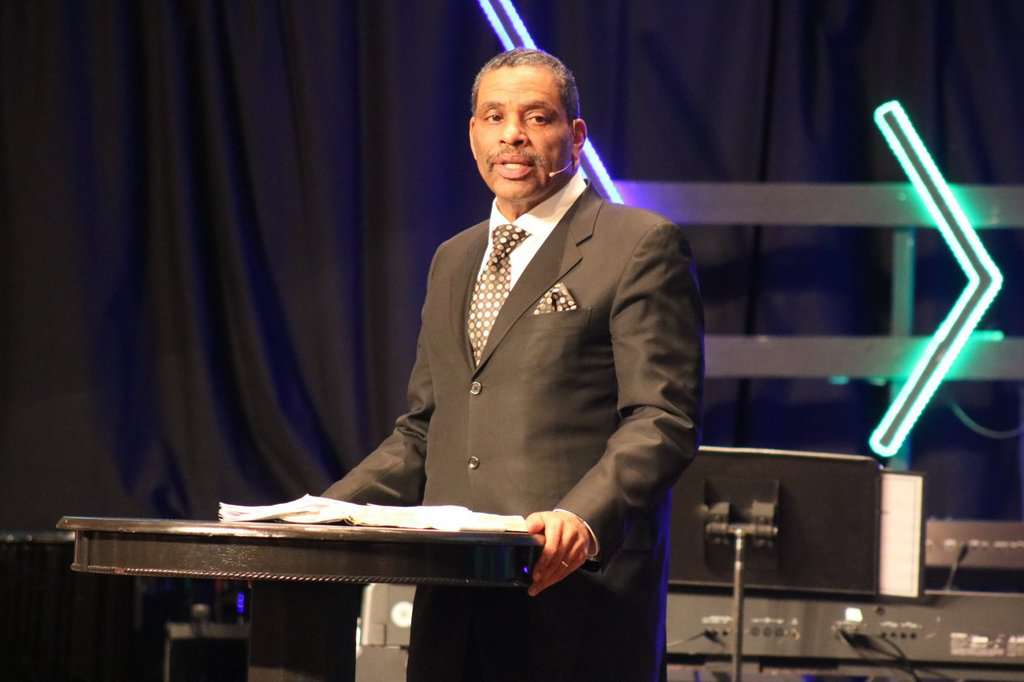 The Beatitudes – taken from Jesus’ Sermon on the Mount in Matthew 5 – should be the model Christians conform to as they seek to multiply the Kingdom and fulfill the Great Commission, said K. Marshall Williams, senior pastor of Nazarene Baptist Church in Philadelphia, Pa.

“We in the body of Christ need an attitude adjustment,” he told the crowd. “Make your attitude that of the Almighty, so that our doctrine matches our duty, our belief matches our behavior.”

It’s key, he said, to be a moment-by-moment, surrendered saint to the Sovereign. The trouble Christians encounter when Christians get hung up on their sinful selves. 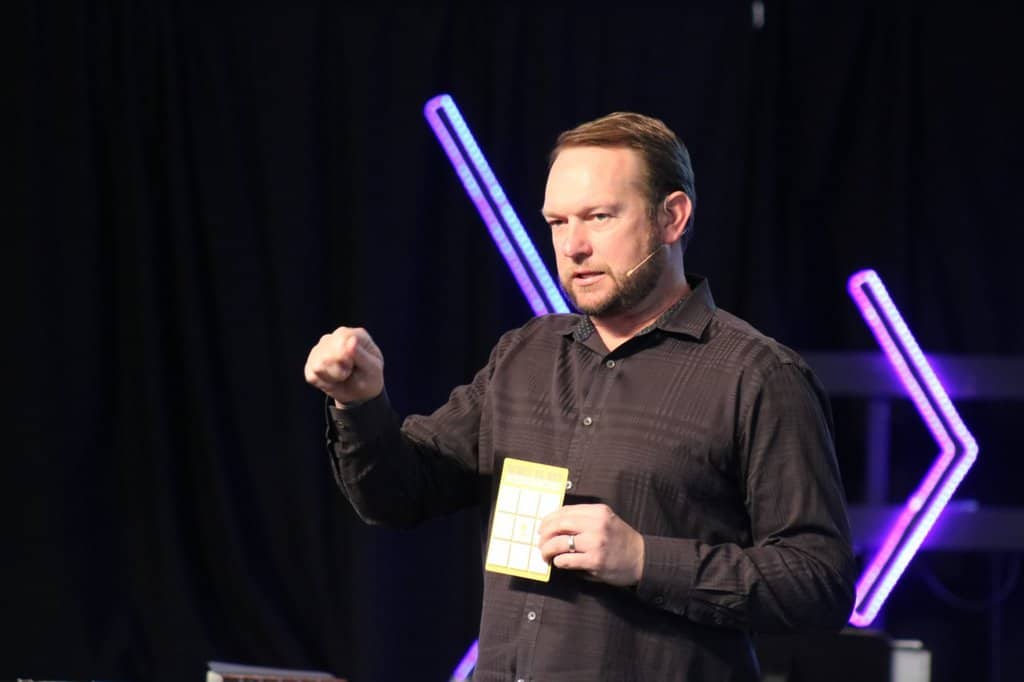 David Runyon, co-founder and director of CityUnite, which helps government, business and faith leaders unite around common causes, offered a novel approach to winning cities to Jesus: be a good neighbor.

“What would it look like to make the Gospel tangible for those in our community who didn’t yet know God,” Runyon remembered asking when he pastored a church in Colorado. “When we asked that, we realized we didn’t know our city well enough to strategically serve it.”

The group of churches invited various civic leaders to teach them about the community and help them identify needs; if you wanted to have the biggest impact, start a neighboring movement. It’s as simple as engaging with neighbors, learning their names, and dining in each others’ homes.

“There’s something special about these proximity-based relationships,” he said.  Some of them, you won’t have a lot in common, including what you think about God. But there’s a powerful opportunity there.”

People from many world religions – including Islam, Mormonism and the Jehovah’s Witnesses – claim Jesus as a proponent of their belief systems in 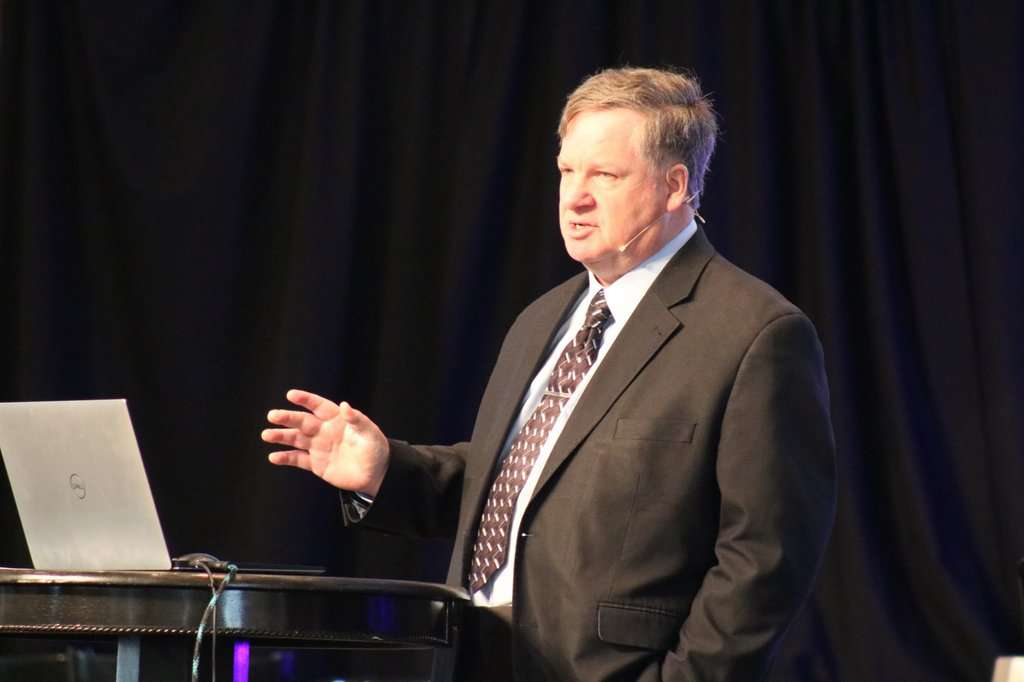 one way or another, according to Apologist Robert Bowman, executive director at the Institute for Religious Research in Cedar Springs, Mich. But, in fact, Jesus is truly human and truly divine, just as Christianity claims, Bowman told Missouri Baptists. He spoke in multiple sessions during the conference.

Biblical proof for the deity of Jesus is not limited to a handful of passages, Bowman added. Instead, evidence of His Godhood “permeates the New Testament.” Scripture affirms this truth by describing Jesus with God’s: 1.) honor, by which Jesus receives worship, faith and prayer; 2.) attributes, such as immutability or eternity; 3.) names, such as God, Lord and Savior; 4.) and deeds, such as creating, forgiving sin and judging the world. Also, 5.) Scripture describes Jesus as sitting on God’s throne.

During a discussion on developing a Christian mind in a non-Christian world, Bowman said there are several myths believers often buy into when it comes to apologetics: that it’s for experts and that it can be a type of emergency first aid kit.

But experts are not always available and treating the discipline of apologetics as a last-ditch effort to stop someone from committing to a false faith is often too little, too late.

“Instead, view it as a function of the Christian mind,” Bowman said. “Apologetics is not just knowing why you believe it, but being able to explain and articulate to others why you believe it. In this model, apologists are coaches or teachers, not EMTs you bring in during an emergency. Apologetics is an aspect of loving God with your mind, and part of loving others.” 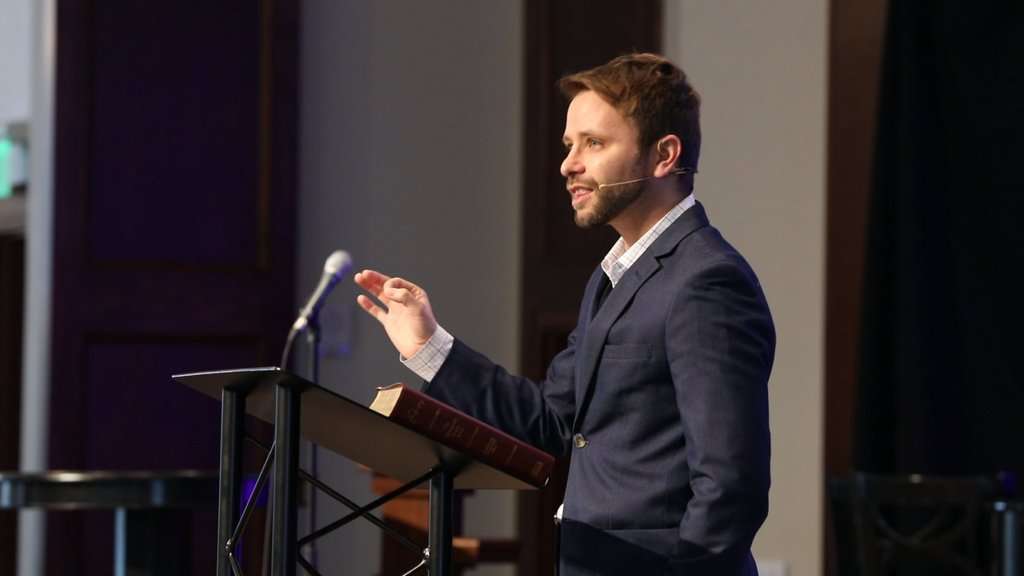 Though Christians must always love the lost, they must also proclaim the truth boldly, according to Owen Strachan, associate professor of Christian theology, director of the Center for Public Theology and director of the Residency Ph.D. program at Midwestern Seminary.

Strachan urged Missouri Baptists to “embrace the ministry of truth,” even when there are costs, even when people don’t want to hear it. “This is important for evangelism, for multiplying disciples.” 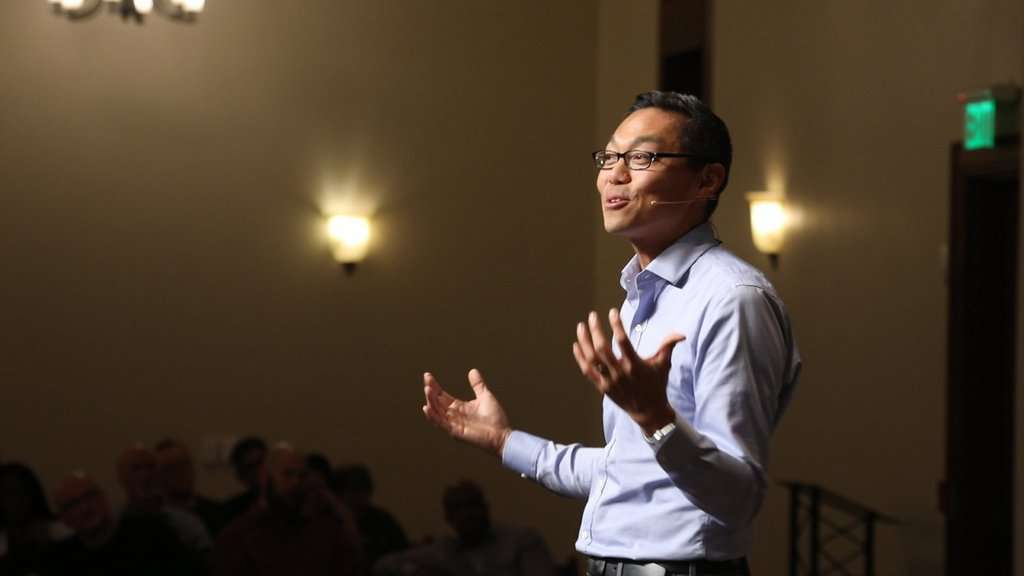 In their efforts to make disciples and multiply churches, Missouri Baptists shouldn’t put their trust in methodology, Kempton Turner, pastor of City of Joy Fellowship in East St. Louis, Ill., told GCC participants. The secret to bringing kingdom-transformation through the gospel is not in resumes or processes, but in one Person alone.

“The Lord is here tonight to call each one of us back to intimacy, which leads to fruitful disciple-making by the power of the Spirit,” Turner said. 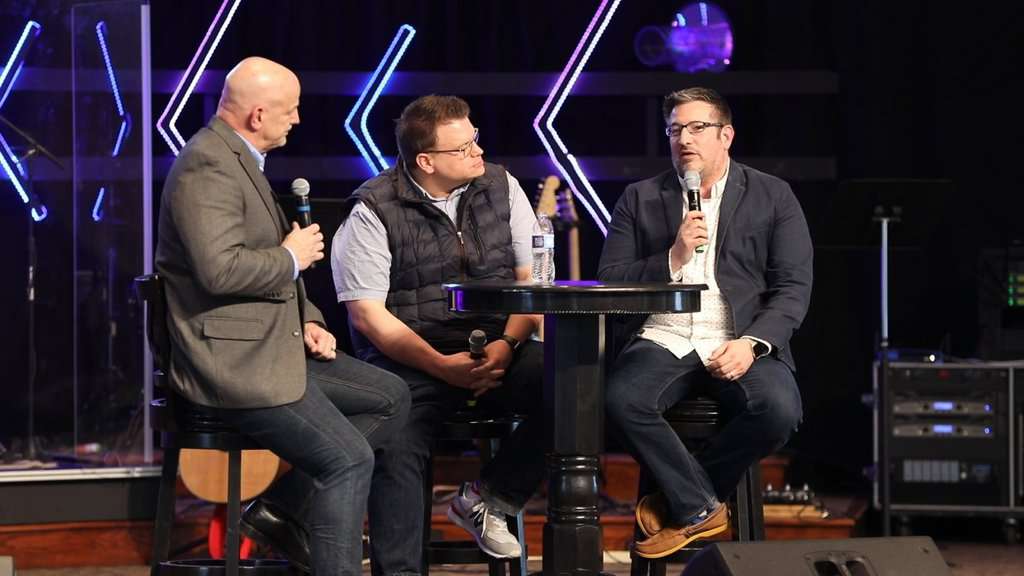 residency programs at their churches. Joshua Hedger serves as pastor of teaching and vision at Emmaus Church in North Kansas City, and Jared Wilson serves as director of content strategy and managing editor of For the Church (ftc.co) at Midwestern Seminary.

“We want to multiply the multipliers,” Rick Hedger said after hearing from Joshua Hedger and Wilson. He also shared how funds provided by the Missouri Missions Offering are available to churches with residency programs for training up-and-coming ministers. The funds, used to purchase resources for the training, can be requested by contacting Rick Hedger at the MBC. 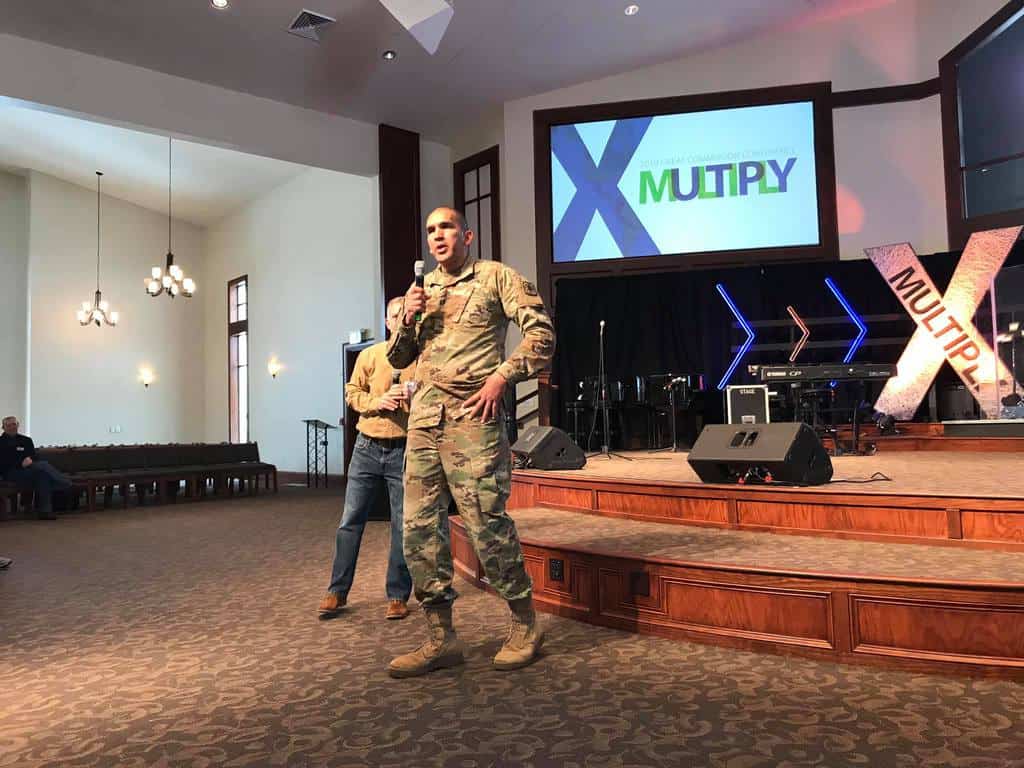 Bill Victor, pastoral development specialist at the MBC, interviewed U.S. Army Capt. Jose Rondon, who told Missouri Baptists how he and other chaplains at the Fort Leonard Wood Army base have seen more than 5,000 soldiers profess faith in Christ during the past year.

Rondon, a native of Venezuela who came to Christ because of the witness of a Southern Baptist missionary, shared his vision to see one million people come to faith in Christ. He encouraged Missouri Baptists never to underestimate the power of God, who still desires to save sinners.