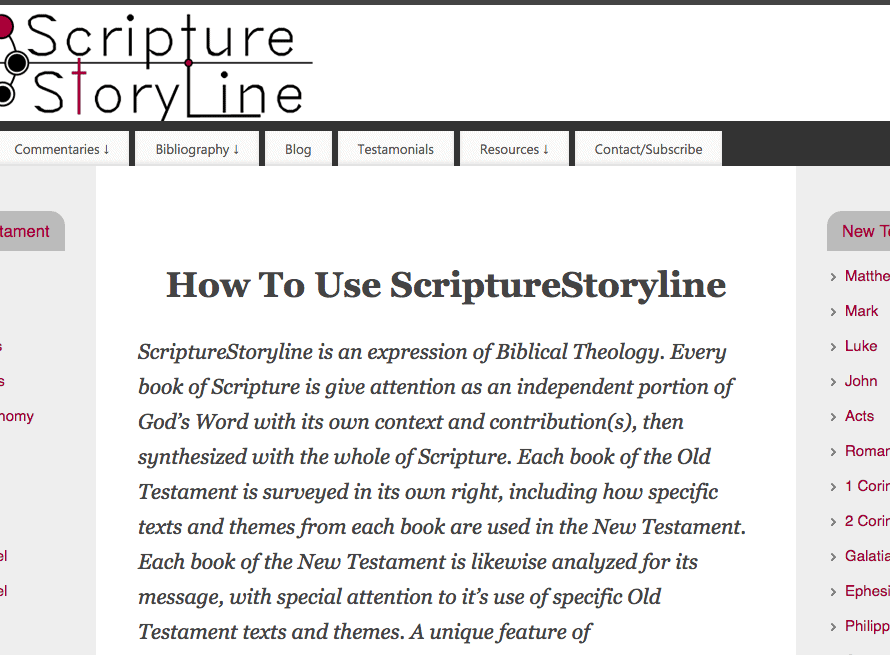 KANSAS CITY – Missouri Baptists have resources for gaining a greater biblical understanding at their fingertips and on their computer screens.

For one thing, Todd Chipman, who serves as assistant professor of biblical studies at Midwestern Baptist Theological Seminary, has created an online commentary to help Christians study Scripture on a daily basis. The commentary, which can be accessed at www.ScriptureStoryline.com, is also expected to come out in print later this year.

“What I’ve tried to do with ScriptureStoryline is get people through the Bible in a year,” Chipman said, “though I’ve also made the whole commentary system such that people don’t have to do it in a year. They can break it up however and still study each book as they would want to.”

• MBAN members, who are listed on www.MoBaptist.org/apologetics/mban. “They are well-versed in a wide variety of topics grounded in Scripture, from creation to salvation to the authority of Scripture itself,” Phillips said. “These men and women are available as resources for phone conversations, email exchanges, and speaking engagements. Several members have their own websites, blogs, or podcasts that help and encourage Missouri Baptists, and others, looking for sound biblical answers to relevant questions.”

• Printed resources, which can be located online at www.MoBaptist.org/apologetics/apologetics-resources. These include books by Phillips himself, among which are the following examples: The Last Apologist: A Commentary on Jude for Defenders of the Christian Faith; What Everyone Should Know About the Afterlife; and What Every Christian Should Know About Salvation: Twelve Bible Terms That Describe God’s Work of Redemption.