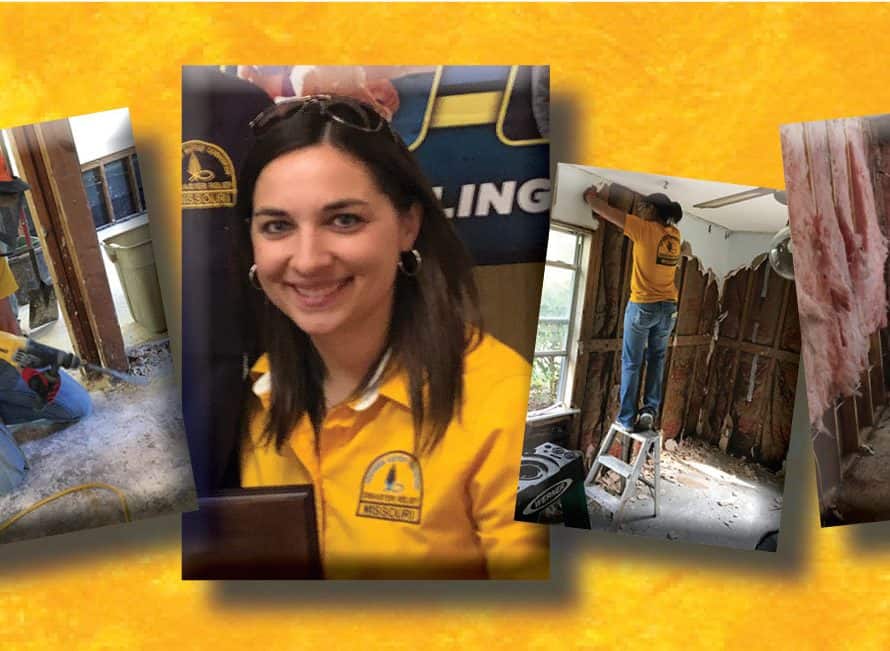 KANSAS CITY – Tamara Parry thought she was there to honor someone else. In fact, she even had her phone out to capture the moment a Missouri Baptist Disaster Relief volunteer’s name was called. She didn’t even know she was nominated.

“In the video you hear them say my name at least twice – maybe three times – before I realized it was my name,” Parry said.

Out of more than 50,000 trained volunteers nationwide, Southern Baptist Disaster Relief leaders honored six with Distinguished Service awards – including Parry – at their annual meeting Jan 23. Recipients were chosen after their respective state directors nominated them for the award.

Parry earned the honor in part by serving as the interim director of Missouri Baptists’ disaster relief efforts for 11 months before Gaylon Moss was hired last July. As part of those duties, she also spent much of her time in the Houston metro area, helping coordinate and lead relief efforts in Hurricane Harvey, the costliest natural disaster in history.

In recent months Parry has shifted roles to work on the Missouri Baptist Convention’s Making Disciples team, but remains a disaster relief volunteer, ready to serve at the drop of a (DR yellow) hat.

“I will absolutely continue to be a part of DR,” she said. “You can’t shake that.

“It’s hands-on ministry. It’s encouraging when you can actually do good, see that you’re doing good, and then see the doors that opens for conversations about Christ.”