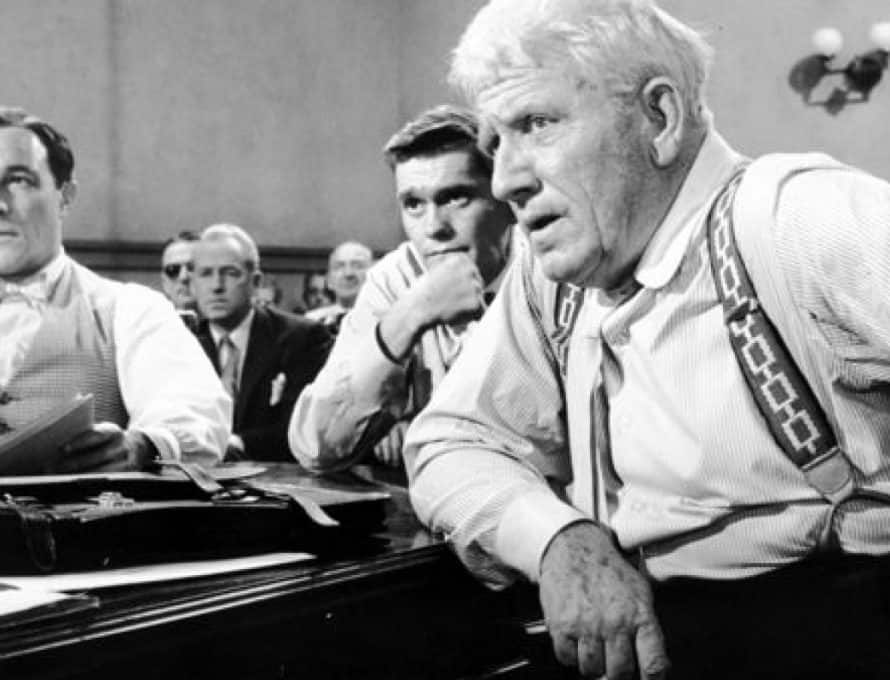 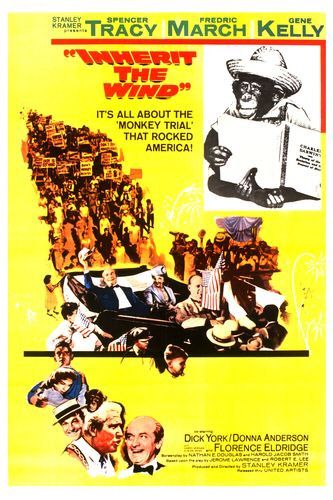 Movies can be a great tool for instruction, but they also have a tremendous ability to throw a monkey wrench into the complex workings of history and honest debate when drama is taken for reality. Such is the case with 1960’s “Inherit the Wind,” a story which is based on but bears only a passing resemblance to the famed “Scopes Monkey Trial.” (Click for further background of the trial and its legacy for the SBC.)

In his book, Summer for the Gods: The Scopes Trial and America’s Continuing Debate over Science and Religion, Edward Larson writes that the actual Scopes trial was not a serious criminal prosecution. Instead, it was largely symbolic, crafted to put the tiny town of Dayton, Tenn., in the spotlight. Though Scopes, a substitute biology teacher, was never in danger of going to jail, the trial grew into a media circus when William Jennings Bryan volunteered for the prosecution and Clarence Darrow sided with the defense.

Three decades later, in 1955, the trial became the basis for the play, “Inherit the Wind” (its title is a twist on Proverbs 11:29). More famously, it was made into a movie starring Spencer Tracy, Gene Kelly and Dick York. What was initially a publicity stunt that spiraled out of control – ahem – evolved into a story that suggests anyone who believes in the Bible is bitterly anti-science, anti-knowledge, anti-justice, anti-modernity and anti-freedom.

Historical shortcomings aside, the movie is at least well-acted. Tracy plays the Darrow character, giving him a winning, grandfatherly gravitas. He does his job well, and I can see why he garnered an Oscar nomination for the role. Dick York is the poor, baby-faced persecuted teacher, behaving appropriately resolute and serious. Frederic March, the William Jennings Bryan stand-in is detestable, giving all Christians a bad name (as the movie intends him to do). Harry Morgan, one of my favorite actors, plays the judge who isn’t interested in justice so much as he is in getting out of the sweltering courtroom. The only real weak link in the cast is the counterpart to the real-life journalist H.L. Mencken, played by Gene Kelly, a man whose work I typically enjoy. Here, he’s nothing more than snarky comic relief, seemingly teleported in from some completely separate movie to give journalism a bad name.

To be fair, the play’s authors – Jerome Lawrence and Robert Lee – acknowledge in the forward of their script that the play is not history. But, as Larson points out, that hasn’t stopped the fictionalization from taking on a life of its own: “It may not have been accurate history, but it was brilliant theater – and it all but replaced the actual trial in the nation’s memory.”

For instance, the townsfolk in the play are presented as a sinister mob, and the prosecutor as a “mindless, reactionary” buffoon. Critics actually recognized that this cartoonish portrayal wasn’t accurate or even helpful to the evolutionist cause. The New Yorker lamented that “history has not been increased but almost fatally diminished,” notes Larson. Time Magazine’s reviewer wrote that the “script wildly and unjustly caricatures the fundamentalists as vicious and narrow-minded hypocrites” and “just as wildly and unjustly idealizes their opponents.”

The critics’ complaints extended to the movie when it came out five years later in 1960. It’s no mistake the opening credits scroll by accompanied by the strains of “Give me that Old Time Religion,” a song sung repeatedly through the story. The song itself isn’t a bad tune, but the movie uses it to suggest Christianity is old fashioned and outdated.

In an early scene, the frightening, bigoted firebrand that is the town preacher practically foams at the mouth as he disowns his daughter because of her engagement to the biology teacher at the center of the story. The star-crossed lovers plot point has zero counterpart in reality; its only purpose is to create the notion that those who belive in the Bible aren’t only against science, they’re against love.

In another remarkably unsubtle scene, March’s flamboyant and bombastic prosecutor dines on fried chicken and mashed potatoes while he loudly holds court, the enthralled town fathers groveling at his side as food falls out of his jabbering, belching mouth. The camera pans down to the next table, where Tracy’s meek and humble defense attorney sits quietly eating a plain sandwich of white bread with the crusts cut off, napkin folded carefully in his lap.

And yet – even contrary to the playwrights’ intensions and the critics’ dismay, Larson says the