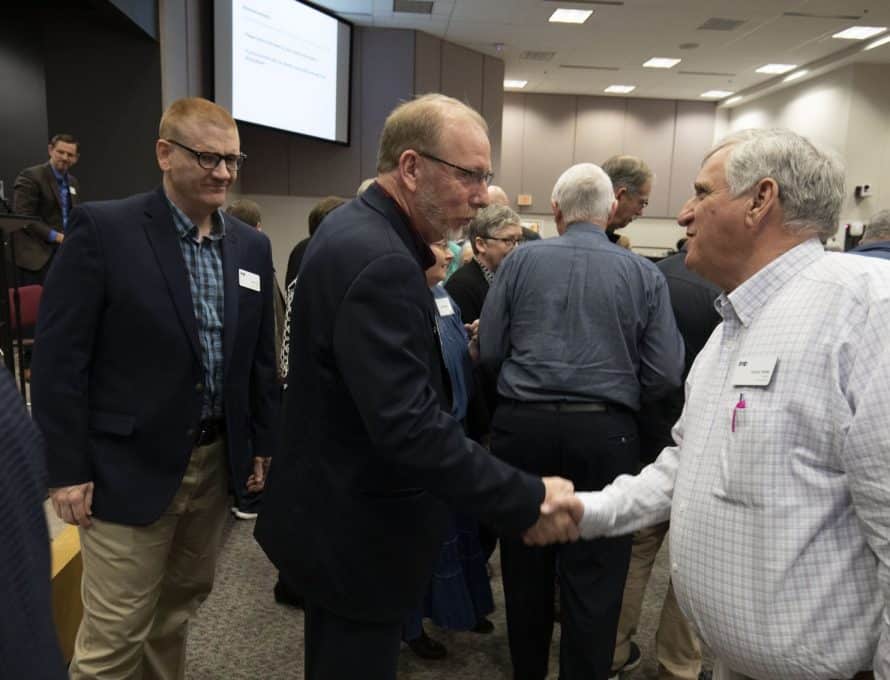 IMB trustee David Miller (right), from Tennessee, greets Roger Alford (center), who will begin serving as IMB vice president of communication in March. In the role, Alford will build and maintain an optimum communications approach, operation and staff to best serve the needs of IMB and the Southern Baptist Convention. (IMB Photo by Chris Carter)

RICHMOND, Va.— International Mission Board President Paul Chitwood wants to improve communications with Southern Baptists so they can stay abreast of the work of the organization’s nearly 3,700 missionaries taking the gospel to the nations.

“Stewarding the unique role of the IMB in the missionary call requires that we are able to communicate with Southern Baptists,” Chitwood told trustees in his recent report to the board. “In many ways the IMB symbolizes the Great Commission arm of the SBC as it extends to the nations. When the Great Commission isn’t the focus of our work and relationships, peripheral issues, classroom debates, and personal conflicts seem always to fill the void.”

To help achieve that, Chitwood named Roger Alford, a career journalist who has served as director of communications for the Kentucky Baptist Convention for the past five years, as the IMB’s vice president of communications.

During their Feb. 6-7 meeting in Richmond, trustees affirmed Chitwood’s selection of Alford to fill the newly created vice president role for the 173-year-old organization. Chitwood said he is thankful the Lord is bringing Alford, “the finest communications director I know of in SBC life,” to help lead IMB efforts to mobilize Southern Baptists in taking the gospel to the nations.

“To ensure that we, at the IMB, are doing our part in setting the Great Commission firmly in front of Southern Baptists, I’ve asked the best communications director I know of in Southern Baptist life to join our team,” he said. “Over the past five years, Roger Alford transformed communications efforts in Kentucky and helped the KBC create connection to Kentucky Baptists that had never before existed.”

“I look forward to seeing how God will use Roger to pull together and develop the gifted team members who are already on board to ensure that Southern Baptists know the IMB; that IMB knows Southern Baptists; and that all of us better know our missionary heroes and the lost world God has called us to reach,” Chitwood said.

Alford said he is thrilled that Chitwood and the IMB trustees have entrusted him with the privilege of telling the stories of IMB missionaries.

“These are truly modern-day heroes of the faith who have committed their lives to working in difficult and often dangerous places around the world,” he said.

After more than three decades as a newspaperman and an Associated Press correspondent, Alford joined the Kentucky Baptist Convention (KBC) in January 2014. In that role, Alford, 56, created the online newspaper Kentucky Today, wholly owned by the KBC. The initiative was intended to expand KBC’s ability to communicate with its 2,400 churches and 750,000 members.

“Roger Alford is an exceptionally gifted communications professional who will effectively tell the story of the ministry of IMB missionaries to Southern Baptists,” said Jim Donnell, co-interim executive director of the Kentucky Baptist Convention, which saw the benefits of Alford’s leadership in communication.

“Roger Alford is one of the hardest-working men I know, and combining his work ethic with his communication skills, he revolutionized Kentucky Baptist Convention communications,” Summerlin said. “Through his efforts, people around the world visited the website Kentucky Today to receive news about Kentucky Baptists, Baptist life, and news from a Christian perspective. What he accomplished here is amazing.”

“Although we are saddened in our state convention [that] he is leaving, we are thrilled at the prospect of what he will do to communicate the missional message of the IMB worldwide,” he said. “The IMB and Southern Baptists will be blessed by his work.”

“Roger Alford, in his capacity as editor of Kentucky Today, provided a vital service to Kentucky Baptist and the broader community in our state,” said Tim Searcy, pastor of Allen Baptist Church in Prestonsburg, Ky., and president of the KBC. “He had a passionate desire to see the churches motivated to greater and greater service for the Lord. It is my belief that he will do the same for the International Mission Board and for the cause of Christ around the world. Roger has a heartfelt intention to do his part in seeing that the Great Commission is fulfilled. I count him as a dear friend and feel the loss to Kentucky, but our loss is the IMB’s gain. May God bless him in his work of communicating to us and enticing us to missions!”

Alford has broad experience in managing all aspects of communications, including writing and editing, all aspects of traditional and social media, web development, marketing strategies, media relations, graphic design and mass mailings.

He and his wife, Susan, are members First Baptist Church in Owenton, Ky. They have three grown children: Emily, a teacher; Joshua, a corrections officer; and Mary, a journalist. 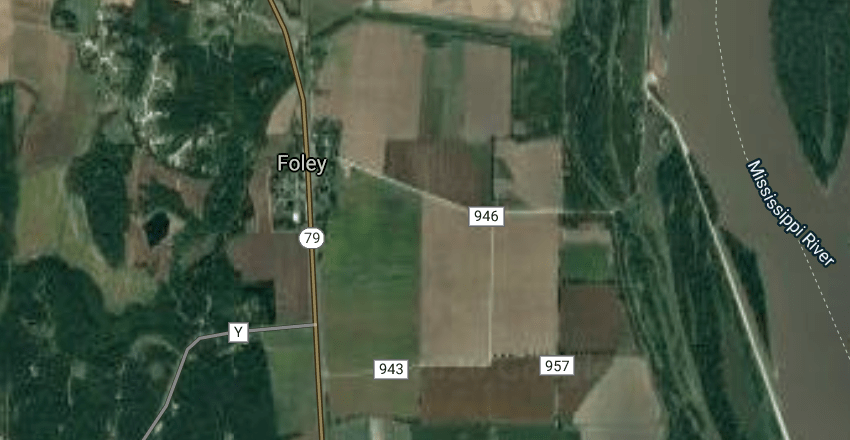