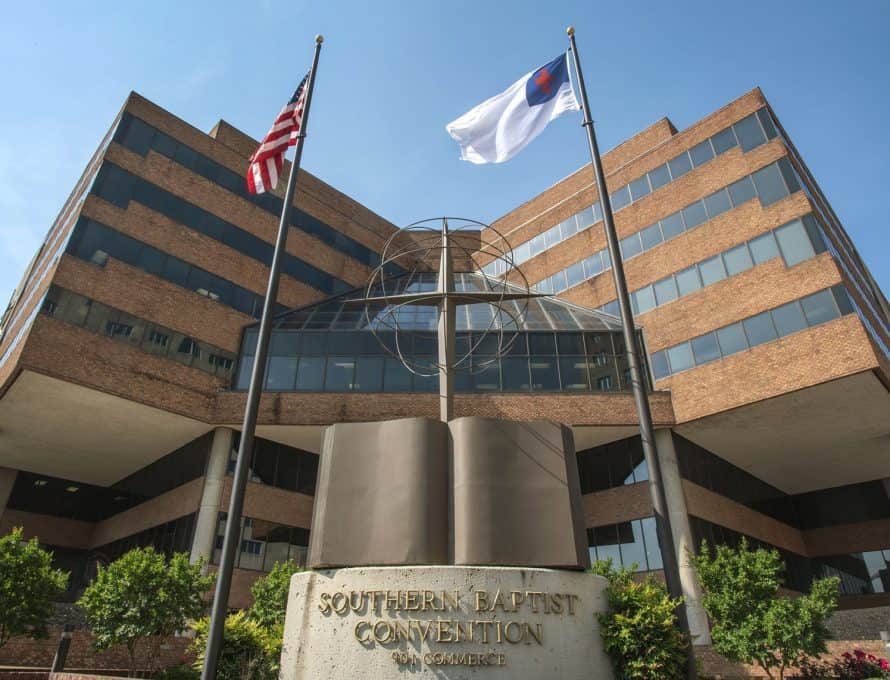 HOUSTON (BP) – A Houston newspaper, in reporting on instances of sexual abuse by pastors and others at Southern Baptist churches, has left SBC President J.D. Greear “broken over what was revealed today.”

“The abuses described in this @HoustonChron article are pure evil,” Greear stated in a series of tweets after the Houston Chronicle reported today (Feb. 10) on instances of abuse by ministers, youth pastors, Sunday School teachers, deacons and church volunteers.

Along with its 6,000-word report, the Chronicle released a database of 220 individuals who have been convicted of or pled guilty to sexual abuse crimes.

The Chronicle said its investigation had revealed approximately 380 instances since 1998 — including more than 250 since 2008 — of “those who were convicted, credibly accused and successfully sued, and those who confessed or resigned.”

The crimes have left more than 700 victims, the newspaper stated.

One of the victims died of a drug overdose 14 years after she was molested in 1994, the Chronicle reported, citing criminal and civil court records. The 14-year-old slit her wrists after the 1994 incident. Her mother blames the daughter’s subsequent death on the trauma she suffered, the newspaper stated.

“I join with countless others who are currently ‘weeping with those who weep,'” Greear stated on Twitter, voicing resolve to mobilize the SBC in “stopping predators in our midst.”

“The voices in this article should be heard as a warning sent from God, calling the church to repent,” Greear tweeted. “As Christians, we are called to expose everything sinful to the light. The survivors in this article have done that — at a personal cost few of us can fathom.”

— “There can simply be no ambiguity about the church’s responsibility to protect the abused and be a safe place for the vulnerable. The safety of the victims matters more than the reputation of Southern Baptists.”

— “As a denomination, now is a time to mourn and repent. Changes are coming. They must. We cannot just promise to ‘do better’ and expect that to be enough. But today, change begins with feeling the full weight of the problem…. It’s time for pervasive change. God demands it. Survivors deserve it. We must change how we prepare before abuse (prevention), respond during disclosure (full cooperation with legal authorities), and act after instances of abuse (holistic care).”

— “We — leaders in the SBC — should have listened to the warnings of those who tried to call attention to this. I am committed to doing everything possible to ensure we never make these mistakes again…. We must admit that our failures, as churches, put these survivors in a position where they were forced to stand alone and speak, when we should have been fighting for them. Their courage is exemplary and prophetic. But I grieve that their courage was necessary.”

— “The Baptist doctrine of church autonomy should never be a religious cover for passivity towards abuse. Church autonomy is about freeing the church to do the right thing — to obey Christ — in every situation. It is a heinous error to apply autonomy in a way that enables abuse.”

D. August Boto, interim president of the SBC Executive Committee, said in an interview with the Chronicle that the newspaper is “not the opponent of the Southern Baptist Convention.”

“You’re helping us. I’m all for shining the light of day upon crime,” Boto said.

Russell Moore, president of the SBC’s Ethics & Religious Liberty Commission, wrote in similar fashion in a commentary after the report was published, “No church should be frustrated by the Houston Chronicle’s reporting, but should thank God for it. The Judgment Seat of Christ will be far less reticent than a newspaper series to uncover what should never have been hidden.”

Moore referred to the Sexual Abuse Presidential Study initiated by Greear last year, which is “assigned with investigating all options and reviewing what other denominations and groups have done to keep track of abuses, while hearing from law enforcement, psychological and psychiatric experts, survivors, and many others.”

“Our approach is seeking to encourage policies and practices that protect children and the vulnerable from sexual abuse in autonomous but cooperating churches, all the while promoting compliance with laws and providing compassionate care for those who have survived trauma,” Moore wrote.

“True, we have no bishops. But we have a priesthood of believers. And a key task of that priesthood is maintaining the witness of Christ in the holiness and safety of his church. That means training churches to recognize sexual predation and how to deal with charges or suspicions when they emerge, and equipping churches to stop the pattern, in their church or from their church to others.”

Boto, in the interview with the Chronicle, voiced “anger” at the tragic reality that sexual abuse occurs.

Boto said his “perception of your doing a report is probably more positive than you would suspect” for “lifting it up again anew and afresh. Why? Because not only Baptist churches but all churches are considered by sexual predators to be soft targets…. [W]e harden those targets by making people aware of the malevolence that exists.”

Boto also stated, “Crime is crime and needs to be dealt with like crime. Because that’s what it is. And so, reports to law enforcement should be immediate…. Believers of all kinds sometimes lead themselves to the conclusion that mercy should preempt justice. The Bible says that those two things are not mutually exclusive. They co-exist in the very character of God. I’m afraid sometimes people opt for mercy to the exclusion of justice, when in fact justice is corrective. Justice is God’s technique for dealing with sin.

“So I’m all for mercy. But it should not be precluded by justice. In fact, [mercy] should not precede justice,” Boto said.

The Chronicle’s database can be accessed at https://projects.houstonchronicle.com/2019/southern-baptist-abuse.

The SBC Executive Committee has a longstanding resource page focused on preventing sexual abuse in churches, available here. The webpage includes a link to the National Database of Sex Offenders at https://www.nsopw.gov/?AspxAutoDetectCookieSupport=1.

In a 2018 resolution at the SBC annual meeting in June, messengers renounced “all abusive behavior as unquestionably sinful” and called for decisive action to report abuse allegations to law enforcement authorities. It also offered compassion to abuse victims, “being careful to remind the abused that such injustice is undeserved and not a result of personal guilt or fault.”