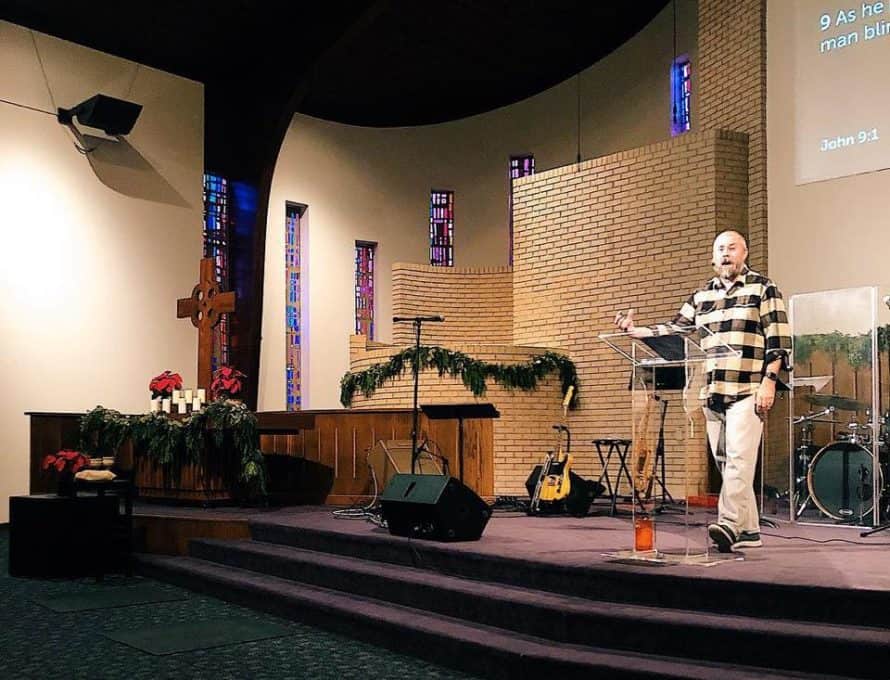 COLUMBIA – The old cliché that a church is not a building holds true for Karis Church, a 13-year-old congregation here in the heart of Missouri.

It’s a good thing, too. If that were the case, Karis would be suffering an extreme identity crisis. Instead, the church is celebrating its “new” permanent home in central Columbia – its sixth home in its short life as it continues to live out its mission to reach the community with the Gospel.

Karis launched Easter 2006 in the Tiger Hotel downtown. After a few years, they moved to the renovated Missouri Theatre, then back to the Tiger Hotel.

As they began to grow, Karis began renting meeting space at Calvary Baptist Church in 2011. The host congregation would meet early on Sunday mornings, and Karis would meet later. That went on for three years while Calvary went through various interims and attempts at revitalization.

“That was a good experience,” said Kevin Larson, lead pastor of Karis Church, “but it could be awkward at times because it wasn’t our space and we weren’t always sure how to do things.”

About that time Bethany Baptist Church across town was closing its doors, so they gave their facility on the northwest side of town to Karis. It served Karis well, but it wasn’t a perfect fit for what the church saw as its mission.

“We spent four years there, but the whole time we were looking for places downtown, closer to Center City,” Larson said. “That’s the vision for our church.”

During those years of looking, they began feeling like perhaps God was leading them back to Calvary. The two churches considered merging into one last summer, but as fall 2018 rolled around, a new solution presented itself. Calvary – now without a pastor – would join together with Heritage Baptist Church – a 15-year-old congregation in town, to become Calvary Heritage Baptist Church led by Heritage’s founding pastor, John Martin.

The newly formed church swapped buildings with Karis. Calvary Heritage new home is the former Bethany building, and Karis now meets on their own at Calvary’s former building, right in the heart of what Larson calls their mission field with plenty of space to grow and spread the news of God’s grace (the name “Karis” is a transliteration of the Greek word for grace).

They’re currently in a “Putting Down Roots” campaign to renovate the building and shape it to fit their needs.

“We’re not a big church, but we’re not small at this point either,” Larson said. “I’m grateful to God for his grace and some really good-hearted people at Calvary who worked to help see this happen.”

Beyond its various locations in Columbia, Karis has also branched out and planted other churches as they grow. They’ve sent out church planters to Jefferson City, Fayetteville, Ark. and Morganton, N.C., as well as Rio de Janeiro, Brazil and Japan.

“Planting churches goes hand-in-hand with developing leaders,” Larson said. “We want to see churches planted in the U.S. and globally.”